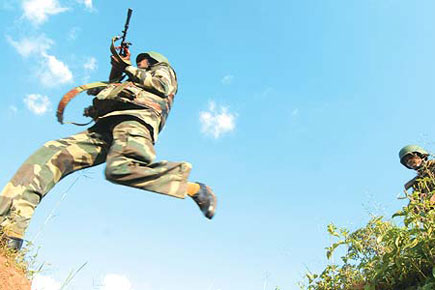 
On 11 October, Rural Development Minister Jairam Ramesh delivered a lecture in Delhi on the Maoist issue. “Let us be clear, paramilitary and police action cannot and should not be the driving force. The driving force has necessarily to be development and addressing the daily concerns of people, of people who have every reason to feel alienated.” About 1,200 kilometres away, in the Maoist heartland that Jairam Ramesh spoke of, a 36-year-old schoolteacher lay in a hospital, her ankle chained to the bed. She writhed in pain from head and back injuries, sustained in police custody, apparently when she fell in a bathroom. Soni Sori, who had been shifted from a hospital in Jagdalpur in Chhattisgarh to the state capital Raipur after her condition worsened, also refused to eat. Although Soni told at least one reporter that she had indeed fallen down (due to stress, she said), the seriousness of injuries indicated that she might be under duress to not tell the complete truth. Her husband is in jail and so is her nephew, and the rest of her family is still in Dantewada, including her three children and father. In a video released by a rights group, Soni is seen howling in pain on a bed, as the medical staff prepares to take an X-ray. Even if the police version—that Soni fell in a bathroom—is true, it still does not absolve the police of the responsibility to ensure her safety. Though no Supreme Court guideline mentions ‘accidents’ like the fall Soni suffered, it does not absolve the police. In chaining her to her bed, the Chhattisgarh police have certainly flouted NHRC (National Human Rights Commission) guidelines on the dignity of an arrested individual.

It is ironic that the police are allowed to get away with this kind of wantonness when even the circumstantial evidence speaks otherwise. Here is a woman accused of being in league with Maoist insurgents, and just three months ago, her father was shot at by Maoist rebels on suspicion of being in cohorts with the police. Maoists had put a bullet in 70-year-old Madru Ram Sori’s leg on 14 July and left him to die in the jungle, but he survived. Last year, Soni’s husband was arrested in connection with a Maoist attack on a Congress leader’s house. Soni was also an accused in the case, but surprisingly, the police did not arrest her. She continued to work at her school, and all these months she had been regularly drawing her salary. Her nephew, Lingaram Kodopi, was arrested last month on charges of extorting money on behalf of Maoists from a contractor working for Essar. The police later said that even Soni had accompanied Lingaram but she had managed to flee. While the police managed to arrest two men (Lingaram and contractor BK Lala), it has failed to explain how a woman escaped their dragnet if she was an accomplice.

The fact is that in its so-called war against Maoism, the State is clearly fuelling more anger, resulting in further alienation. Because Soni Sori’s or Lingaram Kodopi’s arrest is not the only travesty of justice. Nearly half the children who attended the government school Soni Sori taught in have reportedly not been coming to school after Soni was declared an absconder. Her own three children are staying with an uncle. Considering the charges on which Soni has been put in jail, chances are she will stay in jail for quite a while. Though the NHRC has taken suo motu cognisance of Soni’s custodial injuries, and the case will eventually fall flat, the fact that Soni is injured and has been chained like an animal to her bed is in itself shameful. Hers is not even an isolated case — another activist from the tribal community, Kopa Kunjam, had to spend two-and-a-half years in jail before he was granted bail recently. Binayak Sen’s case is also still fresh in public memory.

Recently, in Nagpur, Arun Ferreira, arrested in May 2007 on charges of being a Maoist, was acquitted of all charges by the High Court. In a series of bizarre charges, the police had even accused him of a crime that took place when he was already in jail. The moment he was released, plainclothes policemen rearrested him (again a violation of Supreme Court guidelines on an individual’s arrest) and whisked him away in a car with no number plate. He has now been charged in a case where even his name is not mentioned in the FIR.

Taking stock of the situation in Maoist-affected Gadchiroli district on a recent visit to Maharashtra, Home Minister P Chidambaram said Maoists were killing civilians in frustration. However, on the frustration of the police, evident in cases like Soni Sori’s, Chidambaram hasn’t a word to say.