NITI Aayog Vice-Chairman Arvind Panagariya says he expects the new entity that replaced the decades-old Planning Commission a year ago to be the right institution for its time. Excerpts from an interview with Executive Editor Ullekh NP 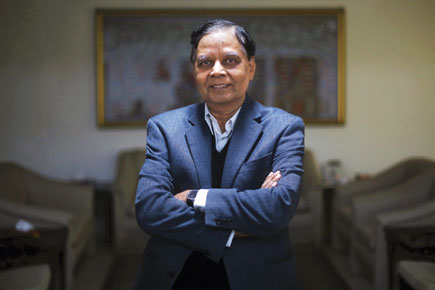 How do you look back at one year at NITI Aayog? What was it like being the vice- chairman of a highly ambitious project?
I joined the NITI Aayog recognising that this was a huge challenge, and it has been so. We have made some progress in the last year and I hope to make a lot more in the coming year. We have downsized [the institution] from about 1,250 positions to 500. We are also bringing some new talent in through young professionals and Officers on Special Duty. We have restructured the internal organisation to better align it to the mandates of NITI Aayog, which are different from those of the erstwhile Planning Commission. In contrast to the [erstwhile entity], the NITI Aayog does not allocate funds to the states. This has meant a change in our relationship with the states towards greater equality. We are also increasing our policy engagement with Central ministries.

How do you rate the relationship between the Aayog and ministries and officials responsible for working alongside it, especially railways, HRD, roads, shipping?
Our relationship with the ministries and officials is harmonious and collegial. There are regular consultations between us. When we have issues on specific policy matters, we invite the concerned officials for discussions. These have almost always resulted in a satisfactory resolution. All this is done in a spirit of cooperation with the national interest and not protection of one’s turf as the ultimate objective.

Could you share a report card of sorts of the Aayog’s work in progress across states?
Our relationship with the states is now different. State chief ministers and senior officials no longer spend their valuable time in the corridors of the institution to lobby for resources. In a first, through three reports of sub-groups of chief ministers, states have provided advice to the Central Government on programmes initiated by the latter. The NITI Aayog played a crucial role in facilitating the discussions of these subgroups and nudging them towards an agreement. Our officials, members and I regularly visit the states to understand their needs as also to offer suggestions on reforms they could undertake on matters that fall under the State and Concurrent lists of the Constitution. On issues of common interest to the states, such as land leasing, digitisation of land records and land titles, we also hold meetings of state officials at the Aayog.

There is criticism from a few states that the Aayog isn’t focusing enough on them. How do you respond?
In view of the priority given by the Prime Minister to cooperative federalism, states are our priority No 1. If the states let us know what we could do for them, we are 100 per cent there to assist them. We proactively go to states and discuss matters of interest with them. Within the last month, I have visited Rajasthan, Andhra Pradesh, Odisha and West Bengal. We shall do everything in our power to serve the states, and I personally urge them to call or write to me directly if there’s anything specific we can do for them.

In many states, the ability to plan and execute them is non-existent. In states such as UP and Bihar, plans are not worth the paper they are printed on. As long as the Planning Commission hand-held these states, a degree of coherence existed in their chaotic environments. Will the NITI Aayog plug this gap? Or are larger transfers of financial resources by the Finance Commission to states expected to do the trick?
The NITI Aayog is very much there to assist the states in every way, whether it relates to state plans, specific projects, financial planning or policy matters.

What do you expect a high-profile bureaucrat like Amitabh Kant to do at the Aayog as its CEO?
I am delighted to have Mr Kant at the NITI Aayog. He brings vast knowledge, experience and energy to the institution in areas that matter most to the Indian economy today. Together, we hope to speed up the change for the better that the Prime Minister desires.

Is there enough cohesion within NITI?
With the new institution just established, a large restructuring and reorganisation undertaken, we [are] putting in place various processes. Members, the CEO and the Vice-Chairman have periodically met over lunch to discuss important matters related to the institution. At the end of this year, we have also asked all senior staff to submit a summary of their work over the year.

I hear from government sources that key officials of NITI Aayog expect greater inter- action within the body. Are you aware of this grievance?
With several if not all of the transition and reorganisation issues resolved in the first year, I surely expect the interaction among staff and different verticals to intensify greatly in the coming year. I am thinking of creative ways in which we can break the tradition of different parts of the organisation working in silos. We also want to bring greater cohesion to the leadership to take advantage of potential synergies. So the answer to your question on greater interaction within the body is a resounding ‘yes’.