Arvind Kejriwal: Getting Even With the Odd Chief Minister 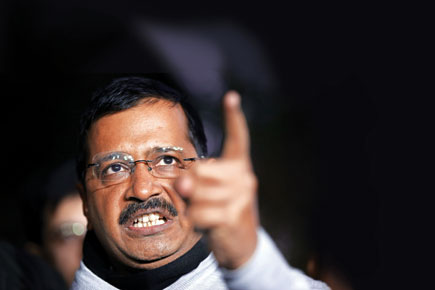 The last month of 2015 was a trying month for the Aam Aadmi Party government in Delhi. Less than a year since its leader Arvind Kejriwal had swept the state’s Assembly polls to become Chief Minister with 67 legislators in a house of 70, delivering a blow to a BJP basking in the glow of its all-India victory just half a year earlier, the government found itself lurching from crisis to crisis. It was subjected to a scathing rebuke from the Judiciary over its inability to curb air pollution, an embarrassing raid was carried out by the Central Bureau of Investigation (CBI) that sealed the office of one of its key officers, nearly 200 of its bureaucrats went on a one-day strike, and Union Finance Minister Arun Jaitley filed a defamation suit against Kejriwal for making allegations that linked him with financial irregularities at the Delhi & District Cricket Association (DDCA).

More recently, while the jury is still out on whether the plan to allow alternately numbered cars on Delhi roads for the first 15 days of January has been a success against air pollution, AAP leaders have been making grand claims of having tackled one of the city’s big menaces and delivered real governance. A closer look at how the Kejriwal government has been operating, however, reveals not just chaos in the corridors but a style of functioning that leaves officials and observers alike exasperated.

According to sources within the government, the odd-even formula was rolled out in a hurry—and without adequate preparation—after it was pulled up by the Delhi High Court and National Green Tribunal. On 3 December, the court had labelled the city a ‘gas chamber’ and asked the government to come up with an immediate action plan. While acting against pollution was part of the AAP manifesto for the polls, sources say, not much could be done during its initial months in power due to a constant stand- off between the Chief Minister’s Office and the Lieutenant Governor’s office over jurisdiction rights. “It was only after the rap by the court that the idea of the odd- even scheme—earlier implemented by Beijing and Mexico City—was floated by the Delhi Dialogue Commission [a government funded think-tank headed by AAP’s Ashish Khetan] as an instant measure, which was then pulled out within a day,” says an official in the Delhi government. It was the only feasible option that was available rightaway, but what followed was classic AAP publicity workmanship in action. While AAP volunteers went on a door-to-door campaign to spread awareness of the scheme, Chief Minister Kejriwal took to the mike on radio airwaves—with some ‘Gandhirgiri’ by way of rose handouts for rule-breakers— to sell its virtues and enlist public support. The government has reportedly spent Rs 8-10 crore on this publicity blitz over December and January. Critics say that the expense is yet to be justified by the results.

“The odd-even rule is even being publicised as a success despite reports of it hardly affecting the pollution readings. At best, it reduced congestion on the roads,” says BJP MLA and former Delhi unit head Vijender Gupta, who alleges that ‘volunteers’ were paid to monitor vehicles on streets, and that too, without a formal budget being cleared. “They were paid Rs 500 a day. Where has the budget come from?” he asks, adding that this is just one example of the norms being flouted by the government. “This is all about political posturing,” he says.

During its election campaign for Delhi last year, AAP had put up posters of a Hindi film titled Nayak: The Real Hero, with the face of Kejriwal in place of Anil Kapoor as its protagonist. Directed by Tamil filmmaker S Shankar, the 2001 film is about a journalist who becomes Maharashtra’s Chief Minister for one day and wages a war on corruption all over Mumbai, firing corrupt officers with the aid of a bureaucrat who accompanies him on his raids with a typewriter, typing out suspension orders to be handed out to errant sarkari knaves while ordinary people cheer them on.

The good old typewriter is history now, but the movie seems to have left an imprint on the Delhi government. Kejriwal has been at loggerheads if not all-out war with large parts of the state’s bureaucracy. The last day of December saw nearly 200 officials skip work in protest of the alleged harassment and sacking of two officials from the Home Department who refused to sign cabinet files they were not authorised to. The two officials, special secretaries Yashpal Garg and Subhash Chandra, said they would not put their signatures on documents pertaining to a grant of higher pay scales for the staff of the state prisons and prosecution departments on the ground that they were not the ‘competent authority’ as directed by Lieutenant Governor Najeeb Jung. For their defiance, the two were relieved of their posts by Satyender Jain, Delhi’s home minister. Their suspension was later declared ‘null and void’ by Jung’s office, under whose charge such a matter officially rests, and they are still in office.

Since it happened on the eve of the controversial odd-even scheme, Kejriwal went public accusing the BJP and Jung of trying to derail the programme. He called bureaucrats in Delhi the rival party’s ‘B-team’ and threatened to replace them with private professionals.

The Chief Minister went to the extent of stripping SN Sahai, principal secretary of the Home department, of most of his responsibilities as punishment for defending the two officers who ran afoul of Jain. The Delhi government had to reverse this decision too, since the ‘allocation of business’ rules categorically state that it has no power to issue directions on issues under the jurisdiction of the Centre, as this one was.

All this brings to light the growing unease and dissent in Delhi’s bureaucracy. Several officers contacted by Open complain that the Chief Minister functions like ‘a man in a hurry’ and that he is ‘bull- headed’ in his approach to governance, of which he ‘has no experience’.

“The CM is rude with principal secretaries and openly abuses them in office, which is distasteful,” says a senior bureaucrat. Kejriwal is also accused of playing favourites by promoting officers only of a chosen cadre just so he can have his way.

At the heart of all this tension lies the tussle between Kejriwal and Jung over who wields what authority in the governance of Delhi. The national capital is not a full-fledged state. Under Schedule I of the Constitution, it is still defined as a ‘Union Territory’. But since it now has elected legislators, it operates on a hybrid model, which means that jurisdiction over the state is shared by the Centre, which appoints the Lieutenant Governor, and the Assembly. This creates confusion and as many as seven cases related to this awkward structure are pending with the Supreme Court.

One of AAP’s key demands is autonomy for Delhi, which would involve the elected government gaining control of such departments such as the police, municipal corporations and appointment of officers, as in other states. In the meantime, Delhi must suffer confrontations between the Chief Minister’s and Lieutenant Governor’s offices. It has resulted in officers locked out of their offices and even the absurdity of two home secretaries working simultaneously at the same post at the secretariat. With the atmosphere so fraught, many officers of the UT cadre who are currently posted outside the capital would rather not be considered for a Delhi assignment, while several of those working here are looking for less stressful postings elsewhere.

“This is not how a chief minister is supposed to behave,” says retired bureaucrat Omesh Saigal, who has served as chief secretary to three chief ministers in Delhi during the 90s and led a delegation of ‘officers for cooperation and peace’ to the two warring offices last May. He has also filed a case with the Anti-Corruption Bureau (ACB) against Kejriwal’s daughter for allegedly bribing a traffic official. “By not abiding by the law and flouting the authority of the LG’s office, most decisions and committees formed by this government are illegal,” he argues, “The officers suspended are still functioning. This just exposes Kejriwal’s political motives to create drama and posture against the Prime Minister.”

Another big blow to the Delhi government came when the office of a key Kejriwal aide, Rajender Kumar, was raided by the CBI on 6 December 2015 on a complaint filed with the ACB by bureaucrat Ashish Joshi—who was once part of the Delhi Dialogue Commission and shown the exit by Ashish Khetan over disagreements of staff appointments. The raid led to a fresh round of allegations against the Centre by Kejriwal, who claimed that its hidden motive was to grab files that would implicate Jaitley in a DDCA-related scandal. While Kejriwal and AAP leaders are being sued by the Finance Minister for defamation, Kejriwal’s trusted aide and bureaucrat Chetan Sanghi, who was heading the relevant inquiry commission, has now spoken of ‘undue pressure’ on him from stakeholders (read AAP leaders) ‘to name a VIP’ (read Jaitley) in his final report.

With Rajender Kumar being investigated, Sanghi making statements against the Delhi government and Sahai being pushed around, bureaucrats say that Kejriwal is leading his regime to disaster. “Bureaucrats are essential to the running of a government. He is doing all this for political mileage,” says a bureaucrat who was part of the delegation that met Kejriwal and Jung after the CBI raid to express concern over the turf battle. “How does one take decisions when one has to constantly watch one’s back?” he asks.

In all this mess, the government faces criticism for unfulfilled campaign promises. The much touted Janlokpal bill was the AAP agenda’s cornerstone. While the bill was cleared in the Assembly’s winter session, former AAP members Prashant Bhushan and Yogendra Yadav have declared it to be a highly diluted version of the original draft. The Kejriwal government is yet to deliver on promises such as CCTV cameras being placed all over Delhi for safety and the provision of wi- fi hotspots across the city. On the latter, all it has to show for efforts being made since last February is a pilot project that offers ten minutes of free wi-fi on a few DTC buses. The planned ‘mohalla sabhas’ have not been functioning either and there is talk of a shortfall in tax collections this fiscal year.

A few of AAP’s moves, such as doing away with management quotas for admission to private schools, have met with popular approval, but expectations of the government have always been far higher. According to a senior bureaucrat in Delhi, most projects and schemes are being rolled out with an eye on the 2017 municipal corporation elections. “Mohalla clinics are being put up in areas where municipal dispensaries are dysfunctional and there is already talk of merging the three municipal corporations that were trifurcated five years back,” he says, “The municipal corporation polls will be a test for both the BJP and AAP.” The results may reveal whether Kejriwal is still as popular in Delhi as he was a year ago.