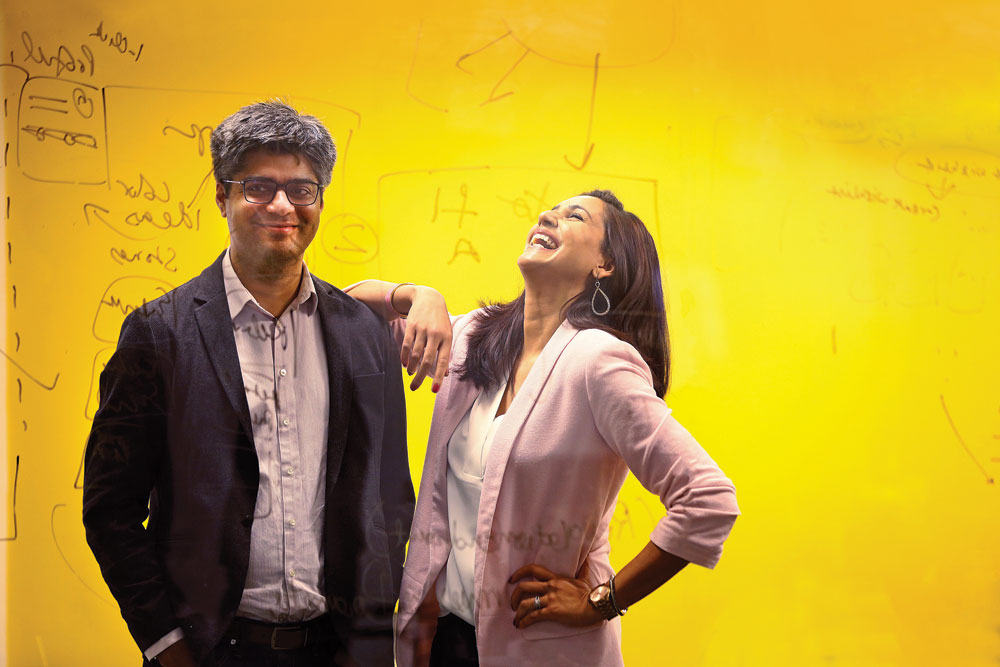 
BEFORE RECONFIRMING THE colour for the new app logo for their social commerce platform, Happyshappy.com, Nitin Sood asks select members of his team seated around a long table for feedback. Sana Hoda Sood, his wife and co-founder of the startup, too chips in with witty and insightful comments. The discussion heats up and finally Mathang Thyagaraj, creative director of The Third Person, the firm that helped create the logo, steps in and makes his points like a pro gunslinger at the quick draw.

In between such invigorating sessions with their researchers, marketing pros, associates and techies, Nitin and Sana sit with me to explain their hugely ambitious plan to revitalise their three-year-old business. It started off as a sort of ‘dream moodboard’ to discover and save visual references of products and services that users could eventually source from Indian vendors if they so wished. After years of tweaking the product, understanding the startup landscape in India and growing their user base through social media and promotion, the vision now is to make HappyShappy the go-to digital database for all those—especially startups—who need information about Indian customer behaviour.

Since most companies that have access to user-preference data are foreign-owned and do not specifically micro-target Indians, including Google and Facebook, the duo sees an untapped opportunity here. And they come armed with their own knowledge and experience of having worked in the US and India. Over the years, their team has mapped new retail trends across consumer segments, giving them a first-mover advantage.

On the HappyShappy app, users can share photos of their products and vendors sell theirs, but neither is charged anything for using the platform. The shopping experience, the founders say, is all about discovery and exposure to latest trends.

The firm is just weeks away from announcing the financial details of a new stage of expansion; the founders remain tightlipped about them for now. “We cannot disclose too many details, but I can say we are making a very ambitious move. For the first year, our focus will be India and India alone, and then we plan to grow globally [catering primarily to south Asians and the Indian diaspora],” says Nitin, 37, an MSc in computer science from George Washington University, US. Sana, 38, also an alumnus of the same university, did her Master’s in foreign affairs there. They never met at the university, but later at a function in Washington DC in 2010, and, like in Bollywood movies, fell in love. Nitin is originally from Gurdaspur in Punjab where he did his schooling, while Sana’s parents hail from Gorakhpur, Uttar Pradesh, and Champaran, Bihar. Shortly before their unconventional, interreligious marriage, Nitin emailed Sana’s father expressing his desire to marry her. Then they both retreated to Hawaii for a secret wedding with a photographer as the sole witness.

Later, Nitin worked as an enterprise architect at the World Bank in Washington DC while Sana—who was raised in Assam and Meghalaya before her civil servant father got a job in Washington DC—made a career in international risk management with MNC consultants including PwC. After having two sons, the couple decided to return to India from the US to begin their entrepreneurial journey.

NITIN DEMONSTRATES TO me how HappyShappy works for news nuts like me. I tell him about an article in Slate which he shares in a folder on the app. The next time I open my app, HappyShappy will show me similar articles but it ensures I am not flooded with stories because of a filter for quality. Similarly, as of now, you can discover, share and get access to ideas and products across categories including fashion, beauty, travel, décor, celebrations and so on. For shopaholics, the USP is that in this age of overabundance of information it provides a quality filter by tracking consumer behaviour online. “Our idea is to be the mall of the e-commerce space by bringing all the shopping experience on our app,” notes Nitin. As the network of users and vendors grows, the HappyShappy app gets better at curating products and services.


“We are making a very ambitious move. For the first year, our focus will be India and India alone, and then we plan to grow globally,” says Nitin Sood, CEO & co-founder, HappyShappy

ACCORDING TO MARKET analysts, the idea of monetising data has taken off decently among startups, even in India. While behemoths such as Facebook, Amazon and Google dominate this market globally, they don’t often provide data required for regional startups that need far more specific and hyperlocal details of consumer behaviour. Monetising data by purchase history, interests, demographics and other categories will certainly have takers among small and medium entrepreneurs as well as bigger players as they wade through a market as diverse as India. According to a McKinsey report, an increasing share of companies are using data and analytics to generate growth worldwide. According to this report, respondents at these companies say they are thinking more critically than others about monetising their data, as well as using data in a greater number of ways to create value for customers and the business. Which is why, the report adds, they are adding new services to existing offerings, developing new business models and even directly selling data-based products or utilities. Speaking of segment-specific data selling firms, Arun Natarajan of Venture Intelligence says, “There are very few companies in India selling data as a core product, Tracxn for instance, but many companies have emerged that use data as an input to disrupt an existing space. Digit is an example in the insurance category. Sigtuple is trying to disrupt medical screening. These companies are in an emerging space that has been established as funding-worthy.”

But what Nitin and Sana, whose sons are now seven and six years old, want to do is create a one-stop shop for seamless shopping as well as gathering data for businesses across categories.

FOR THEM, DATA monetising is not an idea that came like an epiphany. Ever since the couple returned to India in 2015 and launched HappyShappy a year later, they have been contemplating how to grow their business stage by stage. First, they got into the wedding segment. They also organised offline events, hosting fashion and travel bloggers, for instance, and spread awareness about subjects ranging from women’s health to climate change on social media. Earlier, the site was focused on women with users typically saving photos of their products related to fashion and décor. But the fact that vendors could also sell their products here made this venture much more than a mere Pinterest-like digital scrapbook.

Soon, they realised that by linking vendors and bloggers and their products and ideas on their app they could create a gold mine of data on consumer behaviour that any Indian company would die for. While each e-commerce platform has large datasets specific to its offerings, HappyShappy, thanks to its networking across platforms that involves potential entrepreneurs and discerning users, would have much more, Nitin argues. By expanding, they would grab a larger slice of the market that is developing, he adds.
Nitin is the CEO of the company while Sana is its creative head. HappyShappy currently employs close to 30 people and the founders say they hope to double the workforce over the next few months. The Soods, who started their office in the basement of their home in Delhi’s Anand Niketan a few years ago with a handful of employees, have now shifted to a swish office off West End Marg near Saket metro station, a location that is home to boutiques and cafes.

Looking back at their decision to impulsively give up well-paying jobs in the US to return to India to join the entrepreneurs’ world of uncertainty, the couple have no regrets whatsoever. “We are destined to click big,” Nitin says optimistically. Sana concurs. 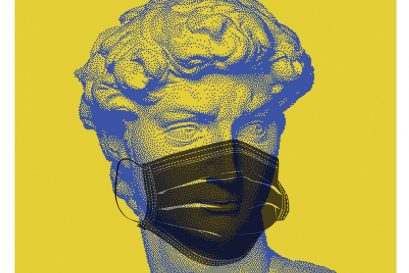