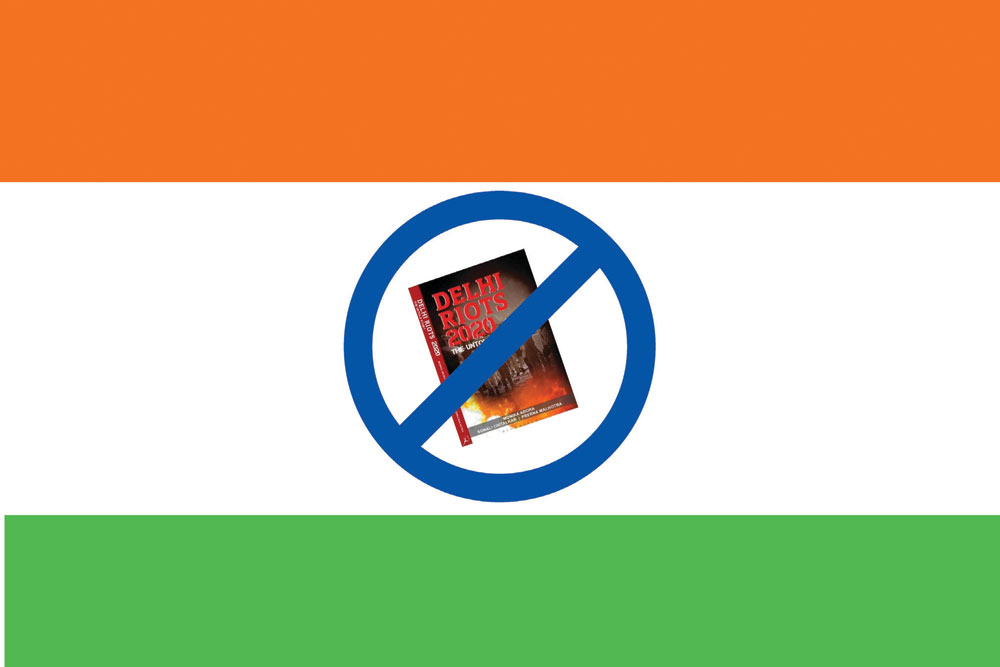 
IN THE US, cancel culture has been having a pretty good run, on the back of whatever psychological syndromes have been unleashed by social media. Ordinary people, who would turn in the other direction if they saw a rabid political group on the street, now find themselves part of the mob demanding blood to slake a thirst that they have recognised in themselves. It is the tyranny of the do-gooder along with the effortlessness that Twitter provides. No great energy is expended in being in this mob, just relentless virtue signalling that gains momentum by numbers.

The cancelling mobs usually come from one direction—the ‘liberal’ left because the ideology, once identified with free speech, now considers it an obstacle to equality and social justice. It gets a lot of free soldiers who find their meaning in the mob. Students are especially fertile material for creation of better worlds. In the US, it is from the academia that cancel culture gets its manpower, spilling over to the real world in fields like media and entertainment. There are two legs to cancel culture. One is the public shaming, and the other, the cancelling. And they are done by different groups. The angry self-righteous on Twitter do the shaming and demand the cancelling, which is done by the agency that controls the person being shamed—the place of his employment, social and professional gatherings, etcetera. After the MeToo movement, for example, writers accused and shamed online found themselves summarily removed from literary festivals.

Cancelling can take absurd levels and not follow any set pattern. Last month, a top executive in Boeing had to leave the company for an article he wrote 29 years earlier that argued women shouldn’t be in the defence forces. It had nothing to do with racism but the wake of fury following George Floyd’s killing had made corporates ultra-politically correct. The human cost rarely registers in those who take part in these cancellings. As Jan Ronson, wrote in her book So You have Been Publicly Shamed: ‘I suppose when shamings are delivered like remotely administered drone strikes, nobody needs to think about how ferocious our col­lective power might be. The snowflake never needs to feel responsible for the avalanche.’

India is a mimic culture of the West. It picks up just about every new trend—social, political, technological—from there and apes it. Cancel culture got its big moment here in MeToo two years ago. Since then, it has persevered in spurts. The latest was this week when the publishing house Bloomsbury withdrew their book Delhi Riots 2020 on the Hindu-Muslim communal clashes in the capital following protests against the Citizenship Amendment Act (CAA). Delhi Riots 2020 took an uninhibited right-wing point of view of the clashes. Meanwhile, for balance presumably, Bloomsbury also had a book about the Shaheen Bagh protests which reflected the opposite view. A tweet by the publishing house about the book said: ‘Initially starting out as a cry of anguish against the allegedly discriminatory laws of the Citizenship Amendment Act & National Register of Citizens, it soon became a modern-day Gandhian movement for equal rights for citizens.’


India is a mimic culture of the West. It picks up just about every new trend—social, political, technological—from there and apes it. Cancel culture got its big moment here in MeToo two years ago. Since then, it has persevered in spurts

As a strategy to cater to all shades of political opinions, there is nothing to quibble against such a policy by the publishing house. But then cancel culture stepped in. It was triggered by an event around the Delhi Riots 2020 book that had as a guest of honour Kapil Mishra, a BJP leader who is alleged by the left-liberals to have instigated the riots. A series of angry tweets began from journalists, writers, activists, etcetera, and picked momen­tum. Up to this point, it was business as usual in the Indian public square. But then Bloomsbury felt that it had to wade into the morass. It first distanced itself from the event, saying it had no part in it. And then it abruptly announced that it was withdrawing Delhi Riots 2020. A statement said: ‘Bloomsbury India had planned to release Delhi Riots 2020: The Untold Story in September, a book purportedly giving a factual report on the riots in Delhi in February 2020, based on investigations and interviews conducted by the authors. However, in view of very recent events, including a virtual pre-publication launch organised without our knowledge by the authors, with par­ticipation by parties of whom the publishers would not have approved, we have decided to withdraw publication of the book. Bloomsbury India strongly supports freedom of speech but also has a deep sense of responsibility towards society.’

Bloomsbury, however, runs into the peculiar problem of enforcing the cancel culture in India. Unlike in the US, where such a move would have come with no consequences, here it is different. Offline and online are two different power structures in the US.

In India, they are the same. The right wing is dominant on both fronts at the present. Just see the millions of Twitter fol­lowers that their personalities have, or the organised manner in which the right has asserted itself on social media. They are all now targeting Bloomsbury. If Bloomsbury had withdrawn the Shaheen Bagh book also, then it might still have salvaged something out of this mess. But now it has painted itself into one corner of the political spectrum and that is not the one it had wanted to be in before this episode. Bloomsbury, in fact, had recognised the nature of power in India and had a number of books by the right, Delhi Riots 2020 itself being an example. Inexplicably, it is undoing all that work. Also, cancel culture in the West has a commercial aspect. Businesses fear losing money by not looking politically correct enough.

In India, little is gained by it. In fact, it is the reverse because government has an overwhelming say in how businesses perform and it is right wing at the moment.

It is the reason why Facebook, as a Wall Street Journal investigative story recently showed, did not act against Union Minister T Raja Singh for hate speech on their platform, even though there were in-house recommendations. Facebook looked at pragmatic considerations as against driven by politi­cal ideals, which cannot be decided one way or other and, as cancel culture shows, ultimately bows down to the mob.

And if you had to see how ineffective Bloomsbury’s cancelling has been, the book was immediately picked by another publisher Garuda Prakashan. And, they told The Print that 15,000 pre-orders were placed on the first day itself, a number that would make for a bestseller in India.

If the book had not been withdrawn, it probably wouldn’t have sold so much. Cancelling only made it famous.