How does it feel to know that the seller knows your mind better than you know yourself? And this isn’t science fiction either. 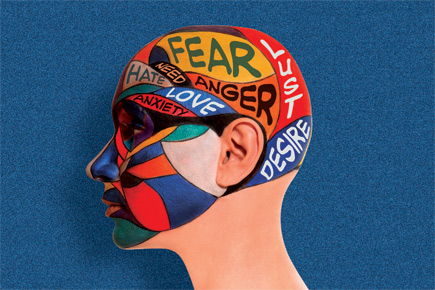 How does it feel to know that the seller knows your mind better than you know yourself? And this isn’t science fiction either.


How does it feel to know that the seller knows your mind better than you know yourself? And this isn’t science fiction either.

The world’s top manufacturer of flavoured nacho chips was planning an overhaul of its top brand. The company had noted that the flavouring tended to come off as a sticky paste on the hands of consumers. This, the company believed, could easily be avoided by a new flavouring that would taste the same but would not coat the fingers. Shortly before making the change, the company turned to the emerging field of neuromarketing to test the product one last time. The results were unexpected: consumers experienced two pleasure peaks while consuming the chips. The first as soon as they crunched on the nachos, the second when they licked the flavouring off their fingers. The revamp, unsurprisingly, was promptly shelved.

The founder of NeuroFocus, the world’s biggest neuromarketing firm, is AK Pradeep, a PhD in engineering from the University of California, Berkeley. Five years ago, having moved from designing satellites to management consultancy, he found himself sitting next to a neuroscientist on a flight back from Atlanta: “I had just had a meeting with someone senior at Coke. He had been telling me that despite spending $3 billion on marketing and another $3 billion on indirect marketing, he was not sure what precisely he got out of it. This was still on my mind when I asked the neuroscientist what he did. He told me he helps children with attention deficit disorders, adults with emotional problems, and he works with the aged suffering from diseases such as Alzheimer’s. It struck me that this was exactly what the man at Coke was looking for. How do you get people to pay attention? How do you engage them emotionally, and how do you ensure they remember what is being said to them? Can’t I apply what he was doing in the clinic to what was happening?”

The team of neuroscientists, market researchers and business experts that Pradeep got together has devised what is now the most widely used neuromarketing model. Among their clients are companies such as Google, PayPal, Microsoft and CBS. Google, for example, used NeuroFocus to test its InVideo Ads that were launched on YouTube (with good reason, given the results). As for reliability, consider this. A Fortune 100 automotive company had conducted a market survey of 5,000 consumers to arrive at the best pricing for a new model. Yet, a NeuroFocus study of the brainwave analysis of 20 people in a single market came up with a price within $100 of the far larger and more expensive study.

The method also provides answers that far exceed the details ordinary sampling can provide. James A Alexander, vice-president, consumer and strategic research, at The Weather Channel (TWC), writes of the channel’s experience, ‘One of TWC’s most popular series is When Weather Changed History. At TWC we know a great deal about that program’s audience. We have the usual ratings data, as well as qualitative research results. By conventional standards, we’re well-equipped to know how to promote the series efficiently and effectively. But as we contemplated the series’ next season, what we learned about neuromarketing offered a whole new opportunity. For some, a neurological approach seemed initially more science fiction than science. We, however, were convinced that we could better anticipate success and remove some subjectivity from our recommendations. Specifically, TWC could find out information in three categories:

»How emotionally engaged they become.

»When they transfer information to memory’

The result, ‘The Weather Challenge’, was awarded the Promax/BDA Silver prize for a successful promotional campaign.

The key to such success lies in the details which separate neuromarketing from traditional evaluation methods. Pradeep cites the Natyashastra, the ancient text that is the basis of Indian performance art. Its author Bharata, he says, had already grasped the basic idea.

To understand where the mind goes, NeuroFocus employs an array of 64 EEG (electroencephalographic) sensors. The EEG measures the brain wave patterns produced by the firing of neurons. All that consumers eing tested need to do is sit before a monitor in a cap that has these sensors lined up on its interior.

As, say, an ad flashes on the monitor before them, brainwave activity is captured at the rate of 2,000 times a second. In addition, eye-tracking technology is used to find out where the eyes are going at any given point of time. The hand is not left alone either, skin conductance recordings are also made to supplement the data.

This raw data is of little use without a means of understanding what it means. Pradeep explains the process, “Soon after we started, we contacted companies asking them to give us their best campaigns. We divided these into two sets: A consisted of campaigns that were beautiful and resulted in increased sales, B consisted of campaigns that were beautiful but did nothing to increase sales. We analysed the two sets and reverse engineered the algorithm. We tested ads and campaigns across categories and we periodically recalibrated the algorithm with new data and campaigns.”

This is the algorithm that is used to evaluate a fresh campaign, and it seems to provide detail far beyond what traditional methods can hope to achieve. For one, as Alexander had noted, “The data does not require interpretation of respondents’ comments. By taking out opinions and providing subconscious data, the creative team is more comfortable that they aren’t changing approaches based on preferences or opinions.”

Take the case of a Fortune 100 consumer goods company that found its new packaging for an existing product not working. The package had tested well in conventional pack testing studies prior to its adoption, but the in-store experience was poor. Not only did it not attract new consumer segments, it was losing existing buyers.

Two distinct segments of consumers—regular buyers and new buyers—were tested (20 each) in two different markets. Brain wave research of the package in isolation revealed that it did not generate sufficient emotion or purchase potential when consumers looked at it. There was no stimulation of the ‘taste centres’ of the brain while the consumer eyed the package. It did not stimulate any memory movement either. Eye tracking revealed a number of eye movements which indicated high distraction. Video realistic testing showed that in cluttered in-store environments, shopper attention was severely challenged, and the package ‘disappeared’. Brain responses were severely under par. So, NeuroFocus suggested blending elements of the older package that worked with a select few new design elements, not all. The client acted on it right away by retaining the core colour, form and design of the old package in front, with newer design elements on the back. Modified packaging was introduced in five test markets initially. Sales volume in old segments went back to earlier levels in test markets, while rising over 15 per cent in new segments.

Not only do such studies reveal unprecedented detail, they do so within 24 to 48 hours, time-frames that would be impossible via traditional methods. This permits continual iterations of testing and refinement of an ad or packaging. A number of corporations have set up permanent dedicated neurolabs that provide exactly such unlimited testing. No wonder Pradeep can boast, “I have no doubt that this will become the industry standard. I draw an analogy with traditional healthcare—in a village a doctor may once have felt your pulse or looked at your eyes, now it is possible to go to a hospital and obtain clear measurements of what is wrong. We provide the same services for the health of a brand.”

“We are going to witness an eventual migration from neuromarketing to neurodesign… the next cellphones and next interfaces are going to be so designed. The feel of the interior of an automobile, the practicality of a TV remote, the look and feel of stores and displays, packaging, everything around us will change.”

This is where the apprehensions arise. The knowledge that neuromarketing seems to offer raises troublesome questions about the future. If an advertiser knows a consumer’s preference better than the consumer himself consciously knows, then to what degree is the consumer under the control of advertisers?

For Pradeep, though, it’s like an electric bulb, shining light in a room that was dark. It can be used in some good places, some bad places, and it’s our choice. He points to some applications straightaway. In politics, you can test the effectiveness of a speaker in getting his or her message across; in law, a lawyer would be interested in understanding how persuasively a case is made; and even in education, for that matter, learning could be tailored to suit individual students. In the end, he argues, neuromarketing does only what advertising and research sampling have always done, it only does it better. In his view, it helps a company know the consumer in order to best cater to his demands and needs.

Pradeep adds, “I am very proud of coming from India, from the backwaters of Madras, and then taking NeuroFocus around the world. For thousands of years, our ancestors in India have been trying to understand who we are, what motivates us, what cajoles us, how we understand our selves. I see this as our own way of continuing this quest. We are on that same journey again. Indian philosophy once spread across the world and is now doing so again.”

But then, Indian philosophy, discounting the Oshos and Mahesh Yogis, was never in the business of selling anything to anyone. By a simple expedient of expanding the size of portions, the global fast food industry has seen tremendous growth, as consumers responded to cues from their own bodies that they have barely been aware of, and it is exactly this kind of power now likely to be placed in the hands of industry, only enhanced by advanced scientific tools.

The future of design may well lie with neuromarketing—a future designed for the consumer, but it will also be a future where companies know the consumer’s mind better than the consumer himself does.