With the RBI Looking Away

Even a 1 per cent mismatch in receipts implies that there are opportunities to generate $2.5 billion a year in black money 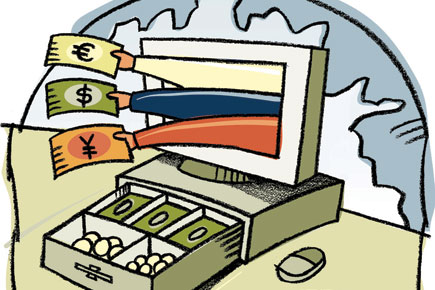 Even a 1 per cent mismatch in receipts implies that there are opportunities to generate $2.5 billion a year in black money


One would presume that the Reserve Bank of India (RBI), being the country’s central bank, monitors foreign exchange inflows. This would include, one, the sources and end-uses of foreign direct investment (FDI) made in Indian firms, and two, remittances of export earnings. But shockingly, the RBI admits that it does not keep track of such things, at least not the two variables just mentioned.

In past official exchanges with the Finance Ministry, the RBI had stated that the onus of complying with India’s existing FDI policies and rules under the Foreign Exchange Management Act is ‘on the Indian company [FDI recipient] and the bank routing the FDI transaction.’ Therefore, it does not track either the source of funds invested by foreign entities or the manner in which such money is deployed by domestic recipients. What the central bank has in place is ‘essentially a post-investment [process of] reporting for Balance of Payment statistics’. In other words, any irregularities in FDI inflows can possibly be investigated by the Government’s investigating agencies—like the Enforcement Directorate—only after the funds have come in and vanished into the economy.

Fortunately, in the case of export remittances, the RBI does get data from two sources—from the Customs Department, when outward bound goods leave India, and later from the banks through which the resultant foreign earnings flow into exporters’ accounts. But here too, there is no saying whether portions of these earnings are stashed away overseas in some hidden accounts. The reason: the RBI does not have the resources needed to match Customs records with bank data to spot anomalies.

In its recent report on illegal iron ore mining undertaken by the Bellary brothers, among others, the Karnataka Lokayukta stated that, “The RBI is supposed to collate and compare the two databases (Customs and banks’), and monitor whether the realisation of export proceeds is as per the law. This is not happening effectively.” It found that the RBI had bank records for only a fifth of the 5,000 iron ore export transactions made between 2006 and 2010.

For a country that received over $27 billion in FDI and exported merchandise (not counting services) worth $250 billion in 2010-11, even a 1 per cent mismatch in receipts implies that there are opportunities to generate $2.5 billion a year in black money. Now that’s worth some serious thought.