When a Candidate Leads a Market Rally

The ongoing Modi rally has many investors justifying it... and for diverse reasons 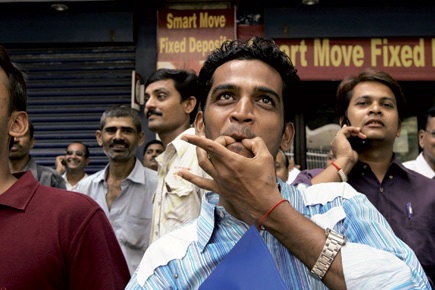 Stockmarket indices at historical highs in times of economic gloom could seem paradoxical. Share price movements, however, often depend on expectations of the future. Right now, perceptions prevail of Narendra Modi as an answer to all that ails the Indian economy, and crystal-ball gazers see a strong possibility of the BJP leader taking charge of India. “So the rally that catapulted the BSE Sensex to a record level—an intra-day high of 22,307 on 27 March—is Modi driven and therefore looks very real,” says Basant Maheshwari, who runs an online forum called The Equity Desk.

Foreign funds are playing a major role in the current rally. “One of the salient features of the recent rallies worldwide,” according to Vivek Sharma, executive director at Ernst & Young, “is that financial institutions have controlled benchmark indices by controlling the prices of its key constituents—those with high weightage in the indices—thereby creating an attraction for equities [in general].” But these institutions, he adds, are not investing too broadly in the market, which explains why indices are scaling record highs while most non-Sensex shares lack the same vibrancy.

Maheshwari agrees that the current rally is selective and retail participation is low, but says, “Their turn would come too and people would get in later once they are convinced that the rally will not only sustain but also rhyme—a scenario that Modi can effect.” Foreign investors see Modi as pro-development and expect his victory to revive the economy. Analysts who swear by numbers say that FIIs typically invest in a country’s stocks on the basis of a ‘macro’ view, and India has a bit of an edge among emerging economies. The country’s finances are now in better shape, inflation may finally be contained, and the rupee is looking up. What India needs, some add, is an investment boom, Gujarat-style.

So far, so good. But won’t such faith in Modi prove irrational? “It may,” admit some analysts. They argue that the Centre’s fiscal deficit of 4.6 per cent in 2013-14 was obtained by accounting jugglery—by advancing some revenues and pushing expenses forward to next year. El Nino could play havoc too. This may leave less fiscal freedom for the next government, and FIIs may be let down by a tardy turnaround. “But by that time,” says Maheshwari, “easy money would have been made.”