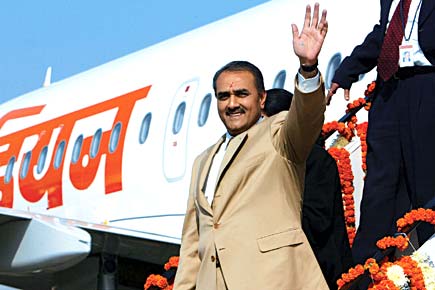 Air India is in a royal mess, and India cannot afford to let things slip much further


The crisis at Air India (AI) has come to a head. The deficit is a grand sum of Rs 5,000 crore, and as always the shameless are asking for a bailout. The Civil Aviation Minister Praful Patel talks of heads rolling, as if by replacing the board of directors Air India’s massive losses will be reversed overnight. The truth is that this airline is in a royal mess, and India cannot afford to let things slip much further. The minister must take a significant part of the blame, instead of launching a diatribe against the babus who take orders from him. After all, for five years he has presided over the parlous state of affairs . First he merged it with Indian, the domestic carrier, and promised great savings and synergy. They never materialised. What the merger delivered was worse. Before the merger in 2007, both airlines were making profits. The aviation sector may have hit a bad airpocket since then, with all airlines suffering badly, but who is responsible for the national carrier’s losses? Is it really just poor market conditions? Who is responsible for the countless freebies and first-class upgrades that so-called VIPs get as a matter of right? The airline’s fleet management was a disaster. It leased aircraft when it didn’t have enough pilots to fly them. It gave away its code share to rivals, since it could not keep enough planes in the air when times were good. It mismanaged contracts for everything, from maintenance to upholstery. Having got very little right over the last five years, AI wants taxpayers’ money to paper over its failures. The time has come for painful decisions. There may only be two viable options —declare the airline bankrupt or hawk it to the highest bidder. Why call in a Ratan Tata or Narayana Murthy to fix a mess of this magnitude? And if the Government insists on running at least one business in every sector that requires the use of a public resource (like airspace or airwaves) that limits the natural potential for free market competition—in fear of private sector cartelisation (or regulators held captive by big players)—then it had better develop management expertise on par with its economic prudence.