India is a compelling growth market for international broadcasters who know what they’re up to. So what are they up to? 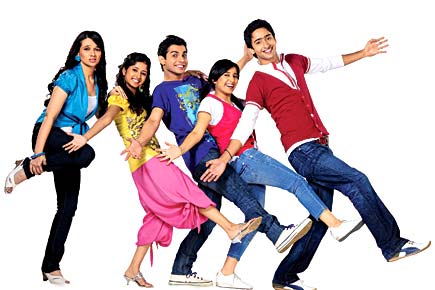 India is a compelling growth market for international broadcasters who know what they’re up to. So what are they up to?


India is a compelling growth market for international broadcasters who know what they’re up to. So what are they up to?

IN THE SUMMER OF 2004, top executives from Discovery Channel’s global headquarters hopped aboard a luxury bus for a day-long tour of Delhi. Instead of the usual touristy stops at Qutub Minar, Red Fort and the Lotus Temple, the team was given a survey of the New Globalised India—malls, multiplexes and high-spend hotspots.  By the time the coach barrelled by the glitzy Metropolitan Mall in Gurgaon, they were convinced India was the market for the worldwide launch of Discovery Travel & Living, their premium lifestyle channel.

The network’s faith in the Indian market seems to have paid off handsomely. Its flagship Discovery alone corners a quarter of the overall viewership for English entertainment and 24-hour news channels. Discovery is not alone in reaping the rewards of operating in a bustling Rs 10,000 crore broadcast market here. The story also holds true for Turner Network that beams HBO and Cartoon Network, and for Disney. By targeting India’s well-off viewers, these channels now offer a proven audience for advertisers of premium wares to aim their messages at. This holds special appeal for brands that worry about ‘spillover’ wastage of ad budgets which results from advertising on mass entertainment channels such as Star Plus or Zee TV. As more and more advertisers vie for the Indian urban sophisticate’s elusive attention, this could spell big bucks.

Global broadcasters, faced with stagnation in almost all other English speaking markets, are pleased to have India as an emerging audience for expansion. The game is to catch ’em young, and growth as they watch. “More than 60 per cent of the TV viewing population in India is below the age of 30,” says Rahul Johri, senior vice-president, Discovery Networks in India, “Our programming caters to the insatiable curiosity of globally minded Indians. Today, geeks are in, and everybody wants to be smarter.” Not long ago, both Discovery and its main rival National Geographic Channel were seen as ‘wildlife watch’. They had to grab the channel surfer’s attention while flicking past. Now, all that has changed. Appointment viewing has begun, and these channels can claim primetime loyalty. This has been achieved by a combination of blockbuster global content and local programming, aided by aggressive marketing.

For instance, Discovery’s prime-time show Man Vs Wild, where the host Bear Grylls survives extreme wilderness in strange parts of the world, is among the most popular in English, getting in excess of 21 million viewers in 2009. “The reason why channels like Discovery and NatGeo have done well is the mass appeal of their content,” says Punitha Arumugam, group CEO, Madison Media, a large media buyer, “They are not niche channels anymore as they cut across segments. The interest in such content was always there, I remember my granddad subscribing to National Geographic magazine. They have eased access. Their content cuts across the language barrier.”

The content is premium, the reach far and wide. Smart distribution tie-ups have helped their success in no small measure. Discovery’s partnership with Sony’s One Alliance, for example, has proven itself a winner. It ensures that the channel is available in four of every five cable and satellite TV households, last estimated at 70 million in India. Plus, the regional language audio feeds boost viewership numbers.

Having more and more people tune in is the other challenge. Localisation is important, says Monica Tata, vice-president, Turner India, part of the $4.5 billion Time Warner conglomerate, who calls it a “key part of our India strategy, especially when it comes to our kids’ channels, Cartoon Network and Pogo.” Going all out for local talent, Turner has already acquired some 30 animation studios in India so far. It also owns the world’s largest Indian animation library, boasting of over 30 titles. “Three new animation films, Bal Ganesh, My Friend Ganesha, and Krishna Aayo Natkhat Nandlal were recently premiered,” adds Tata.

Entrancing children demands diligence as much as investment; in addition to choosing the right kind of programming for Indian kids, both Turner and Disney have made huge efforts in dubbing and trans-creating shows. Turner’s work on The Casebook of Sherlock Holmes, for example, went far beyond finding local voice matches. The entire translation vocabulary was selected for common comprehension across the country, with appropriate Hindustani/Urdu words used to reflect seriousness with a dash of humour.

Another localisation tool for Turner has been the marriage of cricket and its most popular cartoon characters. “Toon Cricket, Cartoon Network’s signature event, fuses iconic Cartoon Network Characters with the greatest sport of India—cricket. The result is a fully choreographed cricket match between the toons, albeit with a toony twist,” says Tata.

International expansion is also a strategic priority for US-based Walt Disney, and while the company’s adult shows such as Desperate Housewives and Grey’s Anatomy make waves in upper-end living rooms, the focus of its Indian campaign is Disney Channel, launched in 2004.

Aimed at ‘tweens’—kids in the 8-12 years age group—it airs classic Disney franchises mixed with live action serials in both English and Hindi. For greater localisation, it has even been tracking viewer behaviour. Disney saw schools becoming the new cool hangout for tweens, for instance. So last year, it localised a globally successful format that connects with the audience in their own idiom. Break Time Masti Time is a show in Hinglish, and mirrors the fun and antics of 14-year-olds during their school breaks.

Meanwhile, Disney’s global megahits like the Miley Cyrus starrer Hannah Montana and the High School Musical series are being backed by promotional events. The latter held a school level dance competition, for which it roped in Bollywood choreographers Saroj Khan and Shiamak Davar. For a local element, it even had a music score by Shankar, Ehsan and Loy. For season 2, the winners also got to star in their own music video. “If you offer viewers an opportunity to live their dream, it really resonates,” says Devika Prabhu, associate director, programming, Walt Disney India, “Also, the growth of direct-to-home satellite distribution is impacting the TV business, which is why Disney Channel has tied up with Tata Sky to promote its most popular show, Hannah Montana.” Then, there are Disney’s two other channels as well. Jetix, all about action adventure, airs in Hindi, English, Telugu and Tamil, and Hungama, acquired from UTV, offers other kinds of kiddie fare. These appear to be defence flanks for Disney’s main channel.

The importance of India as a long-term market for these broadcasters cannot be overstated. So expect them to fan out via multiple channels. Turner has launched two new channels in different genres—Warner Brothers, another movie channel, and Real, a general entertainment and reality show heavy joint venture with Alva Brothers Entertainment. “Increasingly, feel good content will do very well in the market,” says Yoginder Jain, vice-president, media planning, Zenith Optimedia, another media buyer, “That explains the success of Discovery, NatGeo and Travel & Living.” The last of these has wrapped up luxury eyeballs in India, he confirms, and Turner is making the most of HBO, India being a rare market in which it takes advertisements. Clearly, delivering a discerning audience isn’t something just anybody can do.