Cairn India’s acquisition shows that it is keen on the energy business. 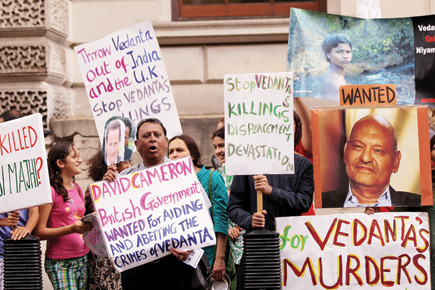 Cairn India’s acquisition shows that it is keen on the energy business.


Cairn India’s acquisition shows that it is keen on the energy business.

Anil Agarwal, the reclusive 56-year-old chairman of the emerging $8-billion mining and natural resources major Vedanta, is no stranger to controversy. Environmental activists around the world probably have dartboards in their offices with Agarwal’s portrait on them. You could argue that environment-related controversies are an inseparable part of the mining business. Not many, including Rio Tinto, BHP Billiton or AngloGold Ashanti are untouched by accusations of shortchanging the world and its poorer inhabitants. Last week, even as Agarwal was trying to forge an ambitious $10 billion deal to acquire oil and gas explorer Cairn India, a high-profile committee set up by the Central Government reported that Vedanta had flouted environment and forest laws with impunity in the Niyamgiri Hills in Orissa, where it is mining bauxite. The report said that if mining was permitted at the site, it would not only be illegal but also destroy one of the most sacred hills of the indigenous Kondh tribal group. The report may turn out to be more significant and actionable than other similar charges levelled by NGOs,  because NC Saxena who chaired the committee is a member of the Sonia Gandhi-headed National Advisory Council. Earlier this year, the Church of England, a shareholder in the London-listed Vedanta, liquidated its investment alleging opaque rehabilitation policies. Citing similar reasons, in 2007 the Norwegian government’s pension fund sold its stake in the company. On the business  front, his acquisition of Cairn’s India business is a sign that Vedanta wants to expand into the energy business. Brian Gilbertson, former head of BHP Billiton and a big influence on Agarwal, had steered the Australian resources gorilla down the same path. Vedanta’s foray into exploration pits it directly against the likes of Reliance Industries and state-owned ONGC. Agarwal, on his part, has maintained that he has no intention of getting into petroleum refining anytime soon. However, in an interview soon after the announcement of the Cairn deal, he quipped that there’s enough water in the sea for other players [than Reliance] to do business.