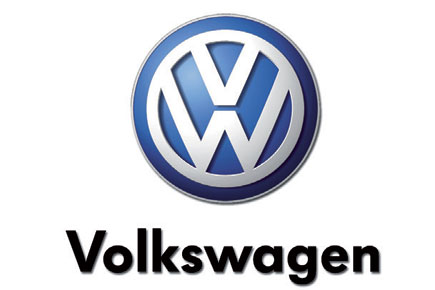 Would anybody in his right mind want to be the brand manager of Volkswagen? Or Audi, for that matter, or Skoda, now that these two VW Group brands have also owned up to loading their diesel cars with devious software designed to detect when they’re being tested for eco-safety and then control noxious emissions only for the period of these tests? An estimated 5 million Volkswagens, 2.1 million Audis, 1.2 million Skodas and 1.8 million LCVs out on the world’s streets have been spewing fumes in the air that consumers—not to mention regulators—had no clue of until the scandal broke. Just how long it’ll take VW to recall and debug them is unclear, but the scam has claimed its CEO Martin Winterkorn and over $30 billion of its market value within a week, with yet-to-be-levied fines that could run upwards of $18 billion and an inevitable loss in brand value that could eventually prove still costlier. For a company that was all set to achieve its 2018 goal of becoming the world’s largest car maker three years ahead of time, the blow is all the more severe.

In 2014, Volkswagen sold 10.1 million vehicles, just short of Toyota’s 10.2 million. In the first half of 2015, VW sold 5.04 million, about 20,000 more than Toyota. All bets on the German marque closing the year as No 1, though, are now off. And to think the shifty little deceptors under the hood were called ‘defeat devices’!

If that’s not irony enough, the success of Volkswagen’s ‘Think Blue’ ad campaign was being held up as evidence of an authentic lovefest with eco-friendly consumers. What VW’s ‘clean diesel’ Turbocharged Direct Injection (TDI) engines had managed to pull off, or so it convinced us, was an unlikely combination of low emissions and power to go with the fuel savings that diesel was known for anyway. For once, a clean car didn’t have to mean a dull drive, with the muscular torque of its TDI technology enough to win it rave reviews. And the wonder engines only seemed to get better and better lap after lap, year after year.

Volkswagen was placed at No 31 on Interbrand’s chart of the world’s top brands last year, its brand value, at $13.7 billion, up an impressive 23 per cent over the year. Stablemate Audi, at No 45, recorded the biggest leap in value among automobile brands, up 27 per cent to $9.8 billion—the year’s largest gainer of all, barring Facebook. Just how much of that value can now be salvaged is one big head-scratcher of a question.

Seen another way, though, it’s also an opportunity for a real brand artist to take charge. ‘My most urgent task is to win back trust for the Volkswagen Group,’ its new CEO Matthias Mueller has said in a statement. Auto sector analysts have rolled their eyes in response; they worry that the former Porsche chief is dyed a little too deeply in Volkswool to execute a credible break from the past. What matters, though, is what the company does, not who does it.

And those who see no hope of recovery ought to remind themselves that Volkswagen has the world’s most astounding image makeover ever to its credit: the Beetle, let’s not forget, went from ‘Hitler’s car’ of the 40s to America’s ‘lovebug’ of the 60s. ‘Beetlemania’ almost got into the dictionary. This didn’t just happen on its own. Some clever campaigns helped the car along. ‘Lemon,’ said one early ad crafted by Bill Bernbach. ‘Ugly but gets you there,’ said another. And then there was ‘Think Small,’ the implied eco-friendliness of which its ‘Think Blue’ slogan was meant to recall. Volkswagen needs something no less dramatic now. Overcoming the scepticism that’s sure to greet any pro-planet stance it adopts would call for truly demonstrable leadership of the cause. Emissions of the diurnal kind are invisible. And since people can’t verify the claims of car makers (regulators, of course, are of no help), all they have to themselves is the raw feel of being at the wheel; and this, this heady fetish for power, may be exactly what Volkswagen needs to lead the market away from. Not just in its engagement of would-be buyers, but under the hood too.

Also, its cars would do well to open themselves up. Offering a pop-up window screen on the dashboard with details of all the software in operation may be a good way to start.

For some, that would amount to a great let down as far as the drive goes, a return to ‘Volkswagen’s steady trot’ that finds a reference in Aniruddha Bahal’s novel Bunker. But then, maybe Audi can get itself a Formula One team, put engineers to the task and go all out on performance even as Volkswagen hunkers down as a brand, cleans up its act (at the cost of losing tarmac scorchers as VW buyers) and gives up its target of whizzing past Toyota for the transition phase.

‘Think again’ would serve Volkswagen well as a new slogan. And what’s a brand, after all, if it can’t lure people to its vision?