The Curious Case of Saawariya

The inside story of how Sony Pictures in India went about producing Saawariya, the grand debacle, and why the experience frightened studios. 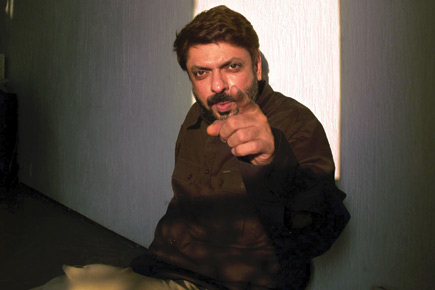 How Sony Pictures in India went about producing Saawariya, and why the experience frightened studios.


“I don’t know why we did it. It still keeps bugging me. If we had…” His voice trailed off. It was hard for Uday Singh to admit. Not the mistake, but the doubt. He was always so sure. He saw things before others did. He knew things before others did. His people found it freaky, even for a visionary whose vision had made Sony Pictures what it was today: tight, efficient, profitable. But none of that mattered when he made his last mistake. The one that nearly shut down Sony’s film production business in India.

Two days before Diwali weekend in November 2007, a group of Sony employees streamed into a private screening room on the fifth floor of a tower designed by Hafeez Contractor. Within minutes, they would see the result of two years’ work. They were nervous.

After months of discussions with Eros over release dates—negotiations that eventually failed—their first home production, Saawariya, was about to take on Om Shanti Om. They had apprehensions about going head to head with a Shah Rukh Khan movie, but had come too far to back down on dates.

Kersi Daruwala settled into his seat. As head of distribution, he had been on the road for half a year, working out individual deals with the 350 biggest cinemas in the country. In all his years with Columbia and then Sony Pictures, he had never done anything like this before. Sony usually kept the metros, a market they understood, and sold the rest of the distribution rights. But this time was different. They weren’t simply distributing a foreign film, which is what they had always done. This was their own film and he wouldn’t part with the rights, even if distributors kept calling him night and day. Saawariya had cost Sony Rs 35 crore to produce, and their estimates showed that they would make Rs 50 crore on it. (As with all Hindi film industry figures, it was impossible to independently confirm these figures which were provided by a Sony executive.)

If Saawariya worked, there would be more movies to make.

As they waited for the screening to begin, the studio execs fidgeted in their seats. They were jittery because no one—not the head of the studio, nor the head of sales, nor anyone else working for the studio in India—had seen Saawariya before this screening.

The theatre went dark; the film began to roll. With every frame, Daruwala grew increasingly restless. He had been in the movie business for 27 years, and he didn’t like the look of this one at all. “Kersi was horrified,” an executive who spoke with him later said, “His face just fell.”

There was perceptible panic in the theatre. The sales and marketing teams had imagined what Saawariya would be like; they had created a marketing and sales strategy based on an impressive trailer that the director Sanjay Leela Bhansali had showed them. They had also gone over the script, many times, and felt sure they had a winner.

What unfolded on the screen, before their stunned eyes, was nothing like what they had anticipated. “We were expecting Spiderman,” said Singh, former managing director of the company. “Instead, we got The Pursuit of Happyness.”

Another executive was struck by how stone cold silent everyone was when it ended. This wasn’t how it was supposed to be. They were sunk. Their apprehensions were not misplaced. Saawariya is believed to have made Rs 11 crore in its first week, and collected another Rs 4 crore in the month that followed. Twenty-six months on, it still hasn’t broken even.

Almost every major executive has left the company. Most of them had come in cold, unfamiliar but excited about the world that Singh described. He was in his twenties then, and enthusiastic about the place. He taught them to question everything. Ask why, he would say. Why are things done the old way and why not another way? Propelled by evolving ideas, the company grew. And when they left, they continued to ask questions of themselves, namely: what could they have done differently?

Two executives said they would have chosen another date for the release, however bad it looked. “If only we had seen the movie a little earlier,” one said. “If only [Bhansali] had showed it to us, we would have made at least (Rs) 40 crore. People were calling us day and night to sell it to them. It would have been someone else’s headache.” Singh concurred: “Had I seen it before I did, I would have sold it. Someone else would have lost his home.”

Sony’s top executives were summoned to New York for an explanation. When Deborah Schindler, head of Sony’s International Motion Pictures Production division, heard that they had seen the movie only two days before its release, she asked, “Wait, so how did we market it without seeing it?” (Harsha Gangurde, former head of marketing who is now at Inox, said that he didn’t need to see the movie to market it.)

Working closely with ‘talent’, as the executives liked to call directors and actors, was a new and unnerving experience. It was also exasperating. Bhansali’s insistence on tight control led to missed deadlines. When he approached Daruwala with a theatrical trailer on the Tuesday before the release date, the head of distribution was more than annoyed. This trailer was due two weeks before. “Trailer apni gaand mein daal”. (“Take your trailer and shove it.”)

On Diwali weekend, before box office sales came to a grinding halt, Singh and Daruwala spent two days “going mad thinking about it” because everyone else was on a break, according to a person in distribution. Daruwala’s family was on vacation elsewhere and he had no one else to talk to. (When his daughter finally saw the film, she walked out halfway.) They questioned Bhansali on the movie’s stark blue visual tone. According to an executive who spoke off the record, Bhansali informed them that all his movies had one prominent tone. When they went through his older movies, they couldn’t find anything as stark as the blue tone they were left holding. “It was an utter nightmare,” Singh said, “I really wish I don’t have to talk about it.” But then he talked about Bhansali’s demands that the movie play in a theatre he felt nostalgic about (a request denied), and fell silent. He rubbed his eyes and sighed. “It didn’t matter to him that we had worked hard to put a plan in place, and that we knew what we were doing. It just didn’t matter.”

But Singh denies that the studio was not entirely in control of the film. “We believed in the director’s vision. After all, he is Sanjay Leela Bhansali. But we learned that in production, you’re suddenly dealing with 300 new bank accounts, there are tempers, issues, people who want to talk to each other but don’t want to talk to each other. We thought we were bridging the gap between Hollywood and Bollywood. But when you’re in the middle, you get beaten from both sides.”

Sony had thought of entering the movie production business in India long before Saawariya. Singh and Sony Pictures considered producing Mission Kashmir and Devdas, both of which were eventually well-received. They thought about Khosla ka Ghosla, and liked it, according to Dibakar Bannerjee, but decided against it. But Singh found that people were reluctant to share their script with the studio. Like Anees Bazmee, who directed No Entry, Welcome, and Singh Is Kinng. “How can I sell my bosses a movie without a script? Can I tell them, ‘Hey, there’s a guy who makes comedies, and he’s great, but, uh, there’s no script’?” Singh said.

While Saawariya was made, Singh oversaw production as well as distribution. This was his first taste of production, and he liked it. In the aftermath, he asked if he could focus solely on production. The timing was all wrong. After Saawariya, Sony produced two smaller movies: Meerabai Not Out and Straight. Both fared miserably. Singh found his bosses in Hollywood increasingly growing cold to their Indian office. He made recommendations that were ignored. There was no sign of any approvals from New York. Soon, he resigned.

The ones who stayed back miss him. The ones who left miss the place. Daruwala, who was always more than just a colleague to Singh, speaks of him with pride and respect. “He pushed us. Some left. But the people who stayed, stayed for a long time. I was an accountant. But he pushed me into distribution.” When he says this, there is a longing in his tone.

Sony’s picture division in India is back to distributing movies. The seeming flirtation with production is over, at least for now.

Singh agreed to an interview in late December. He had left PVR, the production and exhibition chain he joined after resigning from Sony. It didn’t work out. Dressed in a white shirt and jeans, he was far more relaxed than during our previous interview in early 2007. It felt odd. Like talking about a dead man with his family. He wasn’t comfortable about this interview, and it showed at times. Sweat formed on the ridge below his nose. It couldn’t have been the heat. We were in an air-conditioned hotel lobby.

As our interview wound down, Singh wondered aloud about the point of writing a three-year-old story. I could see his view, but disagreed. Why chronicle the previous year’s financial debacle then, I asked. “You know,” Singh said, “Lehman and Goldman have it easier than us. If that is a hard business, this is even harder. They invest all their time, money, and resources, like we do. But their decisions are based on numbers. Our decisions are based on perception. And you know what? I’d still take Saawariya any day over the stuff that other guys were making.” Saying that, he stepped into an idling Honda CRV.

The phone rang the next day. It was him. “I don’t know why we did it. It still keeps bugging me. If we had…” Singh said. “It’s something I’ve thought about for a long time. But nobody had a clue. It was a bubble you had to believe in. The time was very unnerving. You couldn’t talk to talent without three people calling them up to offer more money.” He quoted William Goldman: “Nobody knows anything about this business. Not then, and not now.”