The Complicated Case of Choked Gas

It’s Reliance versus the Centre over KG Basin gas all over again, but maybe it ultimately comes down to this: whose gas is it anyway? 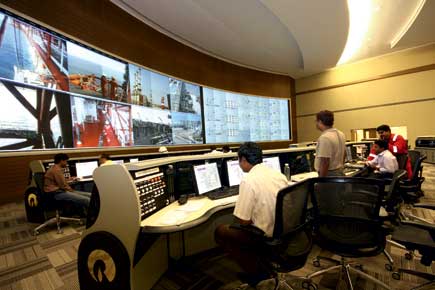 It’s Reliance versus the Centre over KG Basin gas all over again, but maybe it ultimately comes down to this: whose gas is it anyway?


Now that the national euphoria over India’s self-sufficiency in natural gas, set off by Reliance’s KG Basin gas strike of 2002, has given way to disappointment over a mysterious drop in gas production, it is time for some sober reflection on the scenario. Reliance, with BP as its 30-per cent partner, blames the drop on a geological choke-up. “Such complexities are very common in deep water exploration,” says Sudipta Basu, a geologist with Reliance. What demands attention, however, is the Government’s attempt to punish the company for this. Last week, it sent Reliance a notice barring it from claiming about $1 billion in field development costs, unless it ups production to levels—more than double its current output—projected as part of the deal between the company and the Centre. Last November, in a move to pre-empt such punitive action, Reliance had argued that its cost claims are independent of gas output under the terms of the contract.

The company has some sympathy. Former ONGC Chief RS Sharma terms the Centre’s attitude “arrogant”. Given how few private explorers of oil and gas India has attracted, he warns, “This country does not have the comfort of plenty.” If this goes on, he fears, New Delhi could go the way of Latin American regimes that are notorious for bullying private players. Argentina, remember, had re-nationalised its  oil company YPF by kicking out its Spanish co-owner Repsol on allegations of underproduction. India is far from taking such arbitrary action, but its statist impulses have not gone unnoticed.

The Government’s view has support too. According to India’s auditor general, the current contract is unduly tilted in Reliance’s favour. Others say that Reliance sees an irritant in the contract’s cap of $4.2 per unit (fixed until 2014-end) on its selling price of KG Basin gas, while the market price is above $10 per unit. BP has spoken in favour of ‘market determined’ instead of government fixed pricing, and some analysts suggest that such a switch could resolve the rift between Reliance and the Centre. Another sore point is the Centre’s prerogative over gas distribution; Reliance wants added allocatory freedom. But the Government, upholding gas as a ‘national resource’, seems dismissive of any such concession. “You are still in a regulated environment,” says Mriganka Jaipuriyar, an energy expert with Platts. She suggests an approach that can “balance the Government’s social commitments with the commercial objectives of the operator”.  The case is now headed for the Judiciary. But it’s being watched widely. For good reason.