The challenge of saving Nokia 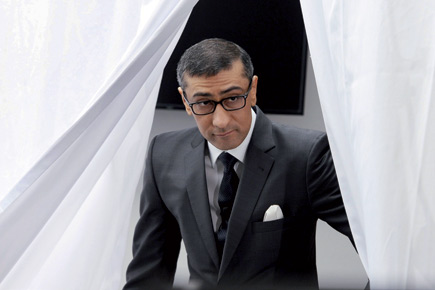 “The world of technology is on the verge of a change that we believe will be as profound as the creation of the internet,” declared Rajeev Suri on the occasion of his appointment as CEO of Nokia. The Finnish company, which for years led the global mobile phone handset market, had been looking terribly lost after announcing the sale of its handset division to Microsoft Corp late last year. Analysts feel that Suri’s ascendance will give the 150-year-old company—which has morphed itself several times over since its early days as a firm of lumberjacks— just the strategic direction it needs to reinvent itself.

Suri, 46, is an engineering graduate of Mangalore University. And the news of his rise to Nokia’s top saw the company’s stock jump 7 per cent in European markets.

Suri earned his spurs as a turnaround leader while he was in charge of Nokia’s crucial but struggling ‘network’ operations (which involve telecom infrastructure), which he took over in 2007. “Suri has done an exceptional job managing Nokia’s network business,” says Daniel Gleeson, a senior analyst with the global thinktank, IHS Technology, “He slogged hard to turn this business around in the past seven quarters.”

Before the company hived off and sold its handset business, the network and handset divisions contributed almost equally to its revenues. Gleeson tells Open that with the handset business gone, the network business “is going to be the big part of Nokia’s focus going forward”, possibly even the company’s sole money churner. This explains why despite wearing the hats of president and CEO at Nokia, Suri will continue to look after the network business.

The company’s two other business ‘verticals’, its mapping business HERE and Technologies division, account for only a small slice of its overall earnings and will have separate heads in place reporting to Suri.

Nevertheless, it is valid to wonder what went so wrong with the company that it had to sell its handset business to Microsoft, a deal that many say was forced upon Microsoft’s board by Satya Nadella’s predecessor, Steve Ballmer. Analysts say that Nokia failed to recognise in good time the challenges that Apple and BlackBerry posed to Nokia’s global hegemony in the handset market. Nokia wanted to retain its lead in volume terms, one reason that it focused heavily on emerging markets where mobile phone penetration in the early noughties was still low. This mass-market effort meant that it let its attention slip on innovation and got blindsided by the smartphone boom, led first by BlackBerry’s secure messaging service and then by Apple’s iPhone touchscreen apps (and its Android clones). That BlackBerry has slipped since is another story.

Even in an emerging market like India, Nokia has got a battering of late. While Apple and Samsung ate up Nokia’s share at the upper end, domestic handset makers—assemblers of cheap Chinese kits—like Karbonn and Lava took over the market for low-cost devices. Nokia found itself knocked out in every segment.

The lesson, of course, is that leadership of the top-end of a market is always critical for sustainable success, even if mass volumes are needed to boost revenues. This is what Nokia would have to do with its network operations: stay at the cutting edge of the business.

But if Nokia has what it takes to be innovative, why did it slip with handsets? And why would investors expect it to do what it takes in the network market? Suri has assured shareholders of Nokia’s capacity ‘to make the necessary investments to remain an innovation leader…’

Whether that is true is not easy to assess. Innovation in consumer markets— where Apple has clearly stolen ahead—depends on an intuitive feel for how people behave and use products, while backend businesses demand a somewhat different set of technical and other skills. Nokia is betting that it can impress telecom companies—its key customers now—with technology to help them offer better high-speed data services. As the emerging world waits to embrace third- and fourth-generation data services, demand for such equipment is bound to soar. Telecom operators have bought precious airwave spectrum in many markets to this end, and if Nokia can forecast how these services will shape up better than its rivals, it may have a good chance of regaining what it has lost: its broad leadership of a sector—telecom— that’s still perhaps the world’s most dynamic.