The case for open skies and low fares

Any competition in the segment should be welcomed, particularly if it helps passengers and brings down fares 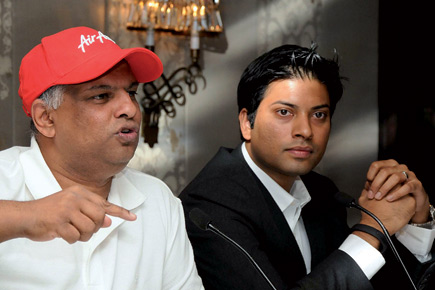 Any competition in the segment should be welcomed, particularly if it helps passengers and brings down fares

‘Whatever Indigo tries to do to stop us it just makes us stronger and smarter,’ AirAsia’s founder Tony Fernandes reportedly tweeted on 20 May, addressing Mittu Chandilya, CEO of the airline’s Indian operations, ‘Well done’. The tweet was just the most recent in a string of conflicts between domestic carriers and new entrants to India’s aviation market. In granting an Air Operator’s Permit to AirAsia India last month, the Directorate General of Civil Aviation (DGCA) increased the number of domestic airlines to seven; and an eighth is on its way as well, a joint venture between Tata Sons and Singapore Airlines.

However, it’s not all-clear for takeoff yet. Prabhat Kumar, director general of the DGCA, has confirmed that AirAsia’s permit—opposed by the Federation of Indian Airlines and by IndiGo most prominently—is yet to be ratified. The challenge to its market entry comes in the form of a Public Interest Litigation filed at the Delhi High Court by the BJP’s Subramanian Swamy. The PIL alleges that the tripartite agreement between Tata Sons, AirAsia Berhad and Telestra Tradeplace aimed at launching this new airline violates India’s FDI norms. The matter rests on a policy that allows 49 per cent FDI in domestic airlines (the draft of which reportedly has a controversial comma a la Lynn Truss’ Eats, Shoots and Leaves). Swamy contends that this policy was put in place for cash-strapped existing airlines—such as Kingfisher—to source foreign funds. The DGCA, which has already ruled on this matter in AirAsia India’s favour, disagrees, but the matter is set for an HC hearing on 11 July.

AirAsia, though, has taken delivery of aircraft and is reportedly ready to launch its services in a few weeks. The airline is known for its aggressive pricing, and has suggested that airfares could fall by a third; domestic carriers are unconvinced of the merits of this idea. SpiceJet executives have been asking how such a low cost structure is possible; and IndiGo, it seems, is unwilling to find out. While other carriers chose to issue a joint letter of opposition, market leader IndiGo’s protest has been the loudest. It isn’t about policy as much as business interests, though. In the words of D Suhdakara Reddy, president of the Air Passenger Association of India, “[It] shows a lack of confidence in business. Any competition in the segment should be welcomed, particularly if it helps passengers and brings down fares.” As in any other arena, cartelisation would do the market no good.