The Call of the Cloud

Adobe will only offer its software on an online cloud and no longer sell CDs. Is this a smart strategy for India? 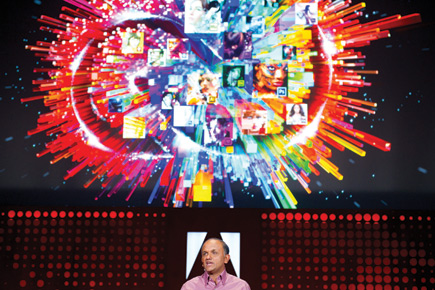 Adobe will only offer its software on an online cloud and no longer sell CDs. Is this a smart strategy for India?

Adobe, the world’s No 1 graphics software maker, will not sell shrink-wrapped software in India anymore. Instead, the graphics major is offering its tools on rent through an online ‘cloud’—a vast virtual warehouse of servers run by it and other firms based in California and elsewhere. After its launch of Creative Cloud for the individual user in May 2013, Adobe has just stopped selling past versions of its wares wrapped in boxes in India. All its tools are now available at Adobe.com, the website that grants access to its cloud.

Confirming the development, Umang Bedi, the director of Adobe Inc and its South Asia managing director, tells Open that from 1 June 2014 onward, the company’s latest Creative Suite 6 version of graphics software, which is popular among such folk as magazine designers, will no longer be available in the Indian market through its Cumulative Licensing Program (CLP) or Transactional Licensing Program (TLP), the usual outlets so far. In fact, it will not be selling ‘packages’ as we know them anymore, just need-specific online applications that can be downloaded for everyday use.

So what does it mean for the Indian graphics software consumer? “When people hear ‘cloud’, they relate it to applications running in a web browser, similar to [what’s usually offered by] a software-as-a-service delivery mechanism. While that may be the case with other cloud offerings, Creative Cloud is different because the user can download and install these apps (such as Photoshop and Illustrator) directly on their computers. They won’t need an internet connection to use them on a daily basis,” says Bedi.

In other words, users may run the applications offline. But they will also need to go online to verify their subscriptions once a month (or, in the case of yearly subscribers, every 99 days). Subscriptions cost $20 to $50 a month, and include several features, such as 20GB of online storage, apart from the use of such Adobe products as Photoshop, InDesign and Premiere.

Will this subscription strategy, which is also aimed at countering software piracy, work in India? “India has witnessed remarkable growth post the launch of Adobe Creative Cloud, and we clearly [understand] that the biggest opportunities here are [large] enterprises and small and medium enterprises,” Bedi replies, “We are growing with huge penetration within the infotech segment, media and publishing, but more importantly, pharmaceuticals as well as e-tail, e-commerce, telecom and large banks which are growing leaps and bounds. Also, consumers, ‘pro-sumers’ and students want to dabble with our software, and we think that we can capture that share with our affordable price points.”

Bedi mentions MakeMyTrip and Jabong among India’s leading-edge internet firms that are active users of Adobe Marke- ting Cloud. Touted as a huge success by Adobe’s managers, this cloud offers a set of business applications that help marketers do everything from measuring the success of social-media campaigns to managing content across digital platforms.

While Adobe is optimistic about its switch to cloud subscriptions, some of its software’s users have expressed some apprehension in response to the news. A petition signed by around 5,000 users on Change.org wants the company to keep selling its products on physical discs.

‘Due to the ‘upgrade at gun point’ nature of the change, and the forced ‘renting’ of software at prices that could be jacked up at any time, I will not continue with the Adobe brand,’ wrote one angry user who signed the petition.

Such grumbles, however, have not had any negative impact on Adobe’s share price. Over the past 12 months, it has risen by 63 per cent. Global investors, it would seem, remain bullish on its market prospects in general and ability to retain customer loyalty in particular. Last month, Adobe’s President and CEO Shantanu Narayen revealed that more than 1.8 million users had signed up for its Creative Cloud, an increase of 405,000 over the previous quarter’s count. For the first time, declared the company, over half of Adobe’s quarterly revenue of $1 billon came from recurring channels such as software subscriptions and maintenance contract fees.

Adobe’s competitors, such as the cheaper Photoshop alternative Pixelmator and open-source image editor Gimp, must be watching the company’s moves closely. In India, a market that often resists forced upgrades, they may now have it easier swinging customers away.