Slowing Down the Dragon

Huge labour surplus that initially drove growth in China is evaporating as the population ages and workers begin earning and expecting more money. 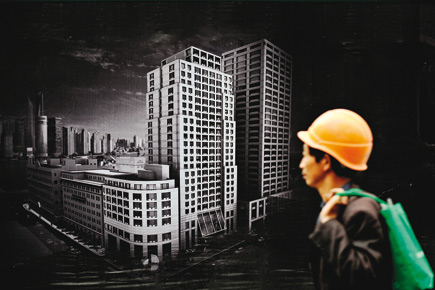 Huge labour surplus that initially drove growth in China is evaporating as the population ages and workers begin earning and expecting more money.


At the beginning of March, a drive around the South China manufacturing city Dongguan presented a region in transition. At every corner of the hardscrabble Tangxia Town, district posters advertised jobs. They boasted of competitive salaries—upwards of 2,000 yuan per month, about Rs 14,000—and fairer working conditions.

In cities like Dongguan, Shenzhen and Guangzhou—which comprise the heart of the Pearl River Delta region that accounts for as much as 40 per cent of China’s economic output—the government is anxious to push a new vision of China, where traditional low-end manufacturing for export is being replaced by value-added goods. But for every company like BYD, the battery cum auto and electronics firm with Warren Buffett as an investor, there are many unregistered factories where labour laws often exist only on paper. Some of these less savoury enterprises are being pushed inland to provinces like Sichuan and Hunan, where many labourers working in the Pearl River Delta come from. This means that the huge labour surplus that initially drove growth in China is evaporating as the population ages and workers begin earning and expecting more money. “And as that happens, you get differences in attitude, you get differences in education, you get differences in expectations, and you get differences in connectivity and technology,” says Jeremy Prepscius, who heads Business For Social Responsibility’s Hong Kong office. “Ten years ago, did an average Chinese worker have a cellphone?

At stake in this chapter of China’s modernisation is the Chinese Communist Party’s much ballyhooed social stability. China’s leaders seem to realise this. “I check the price index everyday, and I know very well the prices of grains, oil, meat, eggs and vegetables,” Chinese Premier Wen Jiabao admitted at a party meeting in early March.

Analysts say this sort of stability can be achieved by slowing down economic growth. Incentivising domestic production and consumption, rather than relying so much on exports “that has led to suppression of wages for long” is key, says Dharma Kirti Joshi, principal economist with Crisil. China now wants to rebalance things by raising minimum wages, spending more on social security, adjusting the currency exchange rate, boosting employment in the services sector, and asking banks to lend more money to small and medium enterprises.

But whether the reforms, coupled with the labour shortage, will help workers lead better lives is still unclear. “According to China’s laws and regulations, there are a lot of means, but none of them are meaningful,” says Zhang Zhiru, a Shenzhen-based labour activist and self-trained lawyer. “So according to China’s law, the wordings are complete but it’s not practical.  No one actually complies with it.”