There’s a job going at Apple Inc. Not the one its maverick co-founder just relinquished in favour of new CEO Tim Cook, the other one that involved second-guessing the consumer. Anyone? 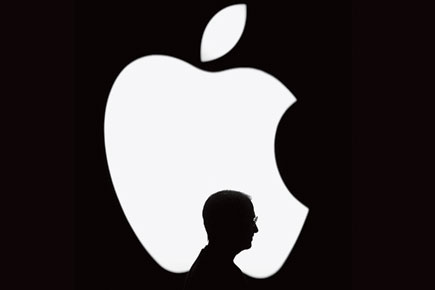 There’s a job going at Apple Inc. Not the one its maverick co-founder just relinquished, but the other one that involved second-guessing the consumer. Anyone?


Circa 2003, when my aunt started raving about her new iPod, I finally understood something fundamental about Steve Jobs.

Many digital mavens have designed useful complicated stuff with a multitude of features that other geeks love fiddling with. The genius of Jobs, who stepped down as Apple CEO last week, lies in his ability to conceptualise things that computer-illiterate 75-year-olds fall in love with.

Few men ever radically transform an entire industry. Jobs has done it umpteen times and arguably, to more than one industry. He has not done it by being a fantastically gifted computer nerd with a superb grasp of code or hardware. He has done it by figuring out what a large number of not-digitally-inclined folks want to do, and dreaming up devices that help them do it with minimum fuss and maximum style.

It sounds so simple. The fact that no one else has done it consistently, as Apple has, indicates how difficult it really is. It requires a strong grasp of what is technologically possible, as well as an extraordinary understanding of what the consu- mer wants, ideally even before the consumer knows she wants it.

For over 30 years, Jobs has played the role of an ‘uber consumer’—a cantankerously demanding buyer who knows exactly what he wants, especially when it does not exist. His design briefs to his teams have been on the lines of: “I want ‘something’ that does ‘this’. I don’t want to read a manual, or hire somebody to figure out how it runs. And I want my neighbour to lust after it.” The ‘somethings’ have changed, as have the things they do; the vision has remained the same.

The saga started in a Silicon Valley garage with a couple of talented kids and an angel investor, like so much of the personal computing revolution. Or perhaps it started with the freewheeling lifestyle of the 1960s.

The two Steves—Jobs and Wozniak—were children of the hippie generation, comfortable with the idea of dropping out of formal education to pursue hobbies. The company was called Apple because Jobs had happy memories of working on an apple farm. The angel investor was Mike Marculla, a retired semi-conductor salesman, who put $250,000 into the company.

‘Woz’ was the talented hacker, who wrote the code and assembled the circuit boards. His previous work experience included figuring out ways to make free long-distance phone calls (including one to the Pope). Jobs was the driving force that provided the design vision, found the money and marketed the machines.

The Mac broke new ground. It was the first computer that offered colour graphics, a mouse and a graphic user-interface. All three elements had long been in the realm of the possible. Xerox demonstrated the first GUI (graphical user interface) in the 1950s. Douglas Engelbart of Stanford patented the mouse in 1970.

But nobody before Apple realised that the average consumer preferred clicking on a coloured icon to typing lines of commands on a B&W screen. Putting it together the way the Mac did exploded the potential market for personal computing, expanding it by huge multiples.

From the first Macs onward, several things that are now considered an integral part of Apple’s design DNA became evident. First, figure out what the consumer wants. Second, tightly integrate design, software and hardware to put that device together. Third, make it look really good. Fourth, make it really easy to handle.  Fifth, charge a premium.

There are weaknesses to the approach. But it’s one that Jobs has lived by. An Apple device can eventually be copied by something that offers as much functionality (maybe more) and the generous margins can always be undercut.

The insistence on inflexible hardware standards also makes it tough to write new apps around Apple devices. As a result, Apple has often suffered from a lack of specialised apps. Many number-crunchers in the PC era stayed with the Linux-Windows paradigms despite the bugs and glitches. These OSes are simply easier to program than Apple’s straightjacketed Unix variant.

The Jobs approach also makes for difficult business relationships, both inside the company as well as with partners in the digital ecosystem. Jobs is famously insistent on getting exactly what he wants. If he doesn’t like an industry standard (such as Flash video) he will refuse to support it. This doesn’t make for comfortable relationships. Sometimes, it also makes for red on the balance sheet.

When he lost control of Apple and was ousted for a decade, he transplanted the same idiom of consumer-centric design to the entirely different business of creating digital content at Pixar and to creating specialised workstations and specialised software with NeXT. Pixar, in particular, brought a new paradigm to computerised movie-making and delivered hit after hit. And Jobs didn’t get on any better with the suits at Disney than he got on with the suits at Apple, but he learnt a lot about entertainment and how it worked.

When Jobs returned to Apple in the 1990s, the company was struggling. GUIs were dime-a-dozen and rigid Apple standards meant few third-party apps. Macs looked good, they were brilliant at doing what they were designed for. But they were a minority taste. Other people assembled PCs that were half the price, upgradeable off-the-shelf, and capable of doing a much wider range of things.

Jobs broke new ground with the iPod. That blew the digital music market open. It’s technically easy to put together. There were a half-dozen similar devices available in the market. But the iPod was the only one that could be handled by 75-year old grandmas.

In tandem, Jobs created the iTunes e-store with its radical concept of $0.99 per single downloads. Essentially his intervention coerced the hidebound music industry into delivering content that consumers wanted, in a format they found convenient, at a reasonable price-point. There are a multitude of gym-goers, joggers and daily commuters who owe their fitness and sanity to the iPod. It also gave indie content creators an easily accessible platform to showcase talent.

The iPhone was yet another breakthrough. It turned a commodity device like the cellphone into an object of techno-lust. Again, there was nothing particularly revolutionary about touch-screens and the iOS is nothing special. But Apple put it together as one gorgeous package. Something Samsung, LG, Motorola, Research in Motion, Nokia, et al, never had, despite their headstart designing mobile phones.

The iPad was a natural extension of the iPhone. Again, Apple led the way simply by figuring out that there was a market gap between the laptop and smartphone. Jobs was prepared to gamble on the existence of users who would pay for such a device and for content delivered on it.

The same control-freak attitude that characterised the Mac was visible when the i-devices launched. Apple refused to sell unlocked iPhones initially, for instance. However, the iTunes app stores were a huge advance. Third-party developers could put together stuff that ran off the iOS and that really helped plug gaps.

Using Apple products remains both a rewarding as well as frustrating experience. It’ll look lovely for sure, and it’ll do what it’s supposed to, straight out of the box. The uber-consumer approach thinks of most things and builds seamless functionality into the design.

But if you happen to be a geek who dares to do things the normal consumer won’t, it’s difficult to get into the guts of the system. Even jailbreaking an iPhone to tether to a PC, or just unlocking it from a specific network, is a painful task. Writing an app for the Mac is still less than easy.

Other irritations do surface. There’s the lack of USB ports, and pure WiFi access to the iPad, which is a deal-breaker for me. But the app-store approach does suggest that this aspect of the Apple philosophy has been somewhat modified.  A greater inter-operability also comes with using components (Corning’s Gorilla glass screens and Intel chipsets) that are commonly available for other platforms. While Apple still charges a design premium, it’s less exorbitant nowadays.

What happens to the Apple philosophy now? Jobs is critically ill and deep in a regime of aggressive cancer treatment that leaves him physically incapable of managing what was briefly the most highly valued company in the world.

It’s not about technical competence. Jonathan Ives and his design team will continue to deliver on that front. It’s not about fiscal or managerial competence – Tim Cook has enough of a track record to inspire confidence.

Steve Jobs, flaws and all, is one of a kind. He’s a geek who can somehow get under the skin of a digitally illiterate but well-heeled consumer. His idiosyncratic and uncompromising sense of style made the company into a world leader and game-changer. That mindset can’t be taught. Can it be emulated?