Return of Lazy but Logical Banking

‘Lazy’ because it gets a bank low returns with very little effort. ‘Logical’ because a bank has few other options, given the slump 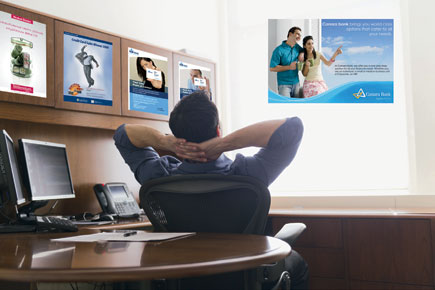 ‘Lazy’ because it gets a bank low returns with very little effort. ‘Logical’ because a bank has few other options, given the slump


In the pre-reforms era, the Government had it easy. It could borrow vast sums of money cheaply from banks, which functioned as captive lenders, thanks to the RBI’s policy of setting a high statutory liquidity ratio (SLR). This is the fraction of mobilised money that a bank must hold in the form of ‘approved bonds’, and it meant that banks had to park as much as 38.5 per cent of their deposits in low-paying Government securities.

The SLR has since been lowered as part of an overall effort to grant the private sector a greater role in the economy and bigger share of India’s financial resources. Just recently, to release more money for lending, the RBI reduced the ratio from 24 to 23 per cent. Strangely, however, many banks have been found to hold far more Government bonds than they need to (30 per cent in some cases). What’s going on?

“It is a classic case of lazy but logical banking,” says Phani Sekhar of Angel Broking. ‘Lazy’ because it gets a bank low returns for negligible effort, while it could get higher interest income by lending the cash to a business whose prospects it would have to assess. ‘Logical’ because, with India’s economy in a slump and defaults on the rise, the risks of lending have multiplied. Says Sekhar, “A large part of the economy asking for credit—the pharma, power and infrastructure sectors—is not creditworthy.”

There was once a time that banks were faced with the same story across sectors. Their interest earnings were low and default rates roughly the same. The current cycle, however, is witnessing a phenomenon of good earnings and low defaults in some sectors and bad earnings and high defaults in others. The problem is that these boom sectors have already been loaned plenty of funds, and since the bust sectors are too risky, banks have little option but to settle for the 8.2 per cent yield they get on 10-year Government bonds, only a little more than what they pay their depositors (on average). The Government isn’t complaining; it helps keep its interest burden relatively low.

Lazy banking, as seen in the early 2000s, usually has banks making money on bond portfolios (via treasury department trades). In a prolonged downturn, as lending declines, more and more funds go into Government bonds, steadily pushing their prices up (bond bull-runs often coincide with stock bear markets). But in this cycle, bond prices have not shown a sustained incline. This imposes a limit on lazy banking. A revival in business spirits could even leave lazy bankers with portfolio losses.