Reliance as a Defaulter 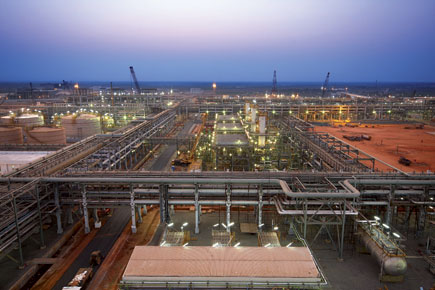 
While it takes two hands to clap, it takes only one to slap. Riled by the mysterious fall in gas production at the Reliance-operated KG Basin gas field, a Parliamentary Standing Committee on Petroleum and Natural Gas has recommended that the private producer be treated as a ‘defaulter’ for its failure to stem falling gas output. The ‘geological complexities’ that Reliance cites as a reason for the choke-up have always had few takers. Ever since the CAG’s indictment in 2011 of the Centre for its dubious role in having tilted the relevant gas production contract in Reliance’s favour, the KG Basin has generated more controversy than gas for the energy-starved country. The Government, stung by that criticism, stopped reimbursing the company its contractual dues on the grounds that it had fraudulently ‘gold-plated’ expenses (as the CAG alleged). This triggered a tussle that is far from over.

Despite the penalty, some observers suspect that while Reliance and the Government appear to be engaged in a bruising battle of wills over the price of gas, scheduled for revision in 2014 (with the company looking for three times the earlier State-approved price of $4.2 per unit), the two combatants may ‘settle’ for a deal if a way is found for the country to bear a hike in price. However, since bulk users of gas include the largely State-run power and fertiliser sectors, a steep price hike could worsen the country’s fiscal deficit. The Centre recently made a move to double the price in 2014, but this has been challenged at the Supreme Court as a giveaway to Reliance.

Analysts say that the size of the KG gas find in the early 2000s was exaggerated to begin with. It should have been audited properly. Several gas-based power projects got underway on great expectations of well-priced supplies but are now left in the lurch (or with higher costs).

RS Sharma, former chairman of ONGC, blames all the temper flare-ups over KG gas to “lack of or bad communication both by the Government and Reliance”; “Hounding Reliance would do little to promote the private sector’s participation in exploring and [tapping] India’s scant hydrocarbon reserves,” he says, referring to the New Exploration Licensing Policy that had invited participants.

Energy experts feel that the KG Basin impasse may finally have to be resolved by the Judiciary, which is not a framer of policy, but could Constitutionally adjudicate in disputes over the use of natural resources.