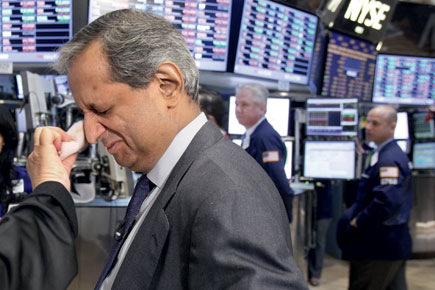 
“Citigroup is grateful to Vikram Pandit’s leadership, integrity and resilience in guiding Citi through the financial crisis.” So said Citigroup Chairman Michael O’Neill, using the kind of polite words that are routinely used when a CEO departs. In Pandit’s case, Citi watchers are convinced he did not really quit, he was pushed out of his high-profile job running a bank with over $2 trillion in assets worldwide.

Most analysts say he had done his bit. He saved the bank from the ravages of the Great Recession (even if with generous US aid). Pandit, who took charge a few months before that financial crisis, has also made a statement about having finished his task. The bank has been recapitalised and its survival is not in question. But the graceless way in which he was replaced by Mike Corbat as CEO has stunned observers. “The bungled change of leadership at Citigroup suggests that it is not only too big to fail,” quips Dennis Kelleher, president, Better Markets, a US-based investor advocacy group, “but too big to manage as well.”

Observers have also noted Pandit’s frosty relationship with regulators all through his tenure. Citigroup failed a ‘stress test’ earlier this year, which ended up blocking Pandit’s move to raise its dividend payout, since regulators insisted it was still undercapitalised. Later, at the bank’s annual meeting, shareholders rejected a $15 million compensation package for Pandit. It was a non-binding vote, but revealed their anger.

Stories abound of a ‘boardroom coup’ at the bank. But perhaps what is of relevance is that while Citigroup’s profit performance was okay, its market capitalisation did not recover from its catastrophic 2008-09 crash under Pandit’s tenure. Its share price lost about nine-tenths of its value during this phase. Investors in the US usually take a very dim view of such an outcome. This may have been a key reason for the board’s loss of confidence in Pandit. Yet, his departure has not been a cause of celebration on Wall Street. Since his exit, Citi’s stock has lost even more of its value.

What do investors expect of the new CEO? Kelleher sees merit in downsizing the bank, which Pandit was reluctant to do. Corbat, he says, should “break up the bank and its many business lines, create separate solid pre-forming businesses and unlock investor value”. He feels the new CEO should also work to transform the “discredited name of Citi” into a “model for a new generation of responsible banking”—something that the sector is still seen to lack.