Not Just a Talk Shop 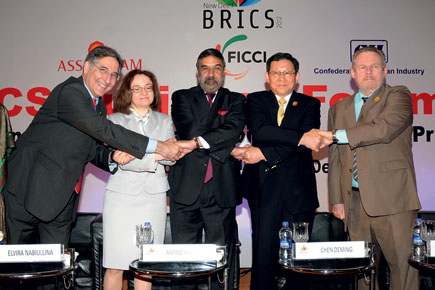 
It may be an idiosyncratic club, but should it therefore be written off? As leaders of BRICS—Brazil, Russia, India, China and South Africa—gather in New Delhi for a summit to prove that their five-member group is something ‘solid’ (a word Indian PM Manmohan Singh has used in an Indo-Pak context), rather than just another talk shop, critics across the world have not been able to hide their derision. The interests of these countries are far too divergent, they mutter, to result in anything that could matter.

For exponents of the idea, however, the five represent not just a fifth of global output, but also a dynamic geo-economic bloc on the ascendant. It owes its name to a 2001 Goldman Sachs report that projected a world economy under BRIC domination (South Africa was admitted only in 2010) within half a century. Today, it is a club more than a clever acronym, and one with an agenda too. “[The group] seeks political dialogue towards a more democratic multipolar order,” says senior Indian bureaucrat Sudhir Vyas, adding that the global power shift currently underway calls for “corresponding transformations in global governance”.

The buzzword at the Delhi summit is cooperation. Says Bipul Chatterjee of Consumer Unity & Trust Society: “These leaders are likely to float the idea of a development bank to be capitalised by BRICS, or perhaps all developing nations, to fund the development aspirations of the poor world.” This aim has its origin in Manmohan Singh’s 2010 suggestion that the world’s surplus savings be funnelled into emerging economies short of capital for investment in infrastructure and other public utility projects. Says Samir Saran, a BRICS expert with the Observer Research Foundation: “The proposed bank could tap these savings by creating sovereign guaranteed debt instruments to leverage more money for these economies.”

The other area of mutual interest is trade. As a booster, of help would be an agreement among the five countries’ central banks to grant one another access to loans in local currencies. Saran says the BRICS platform would “offer the five ‘R’s: rupee, rouble, renminbi, rand and real” for trade payments as part of a test settlement mechanism, “before internationalising these currencies”.  The goal here is to reduce dependence on the US dollar as an international means of exchange.

Sceptics do not see much coming of it. Yet, it is worth noting that the five have managed to get this far as a club without letting bilateral bickering get in the way. This in itself is commendable. Perhaps BRICS bashers should wait a while before writing it off. 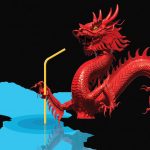 Trade as a Weapon of War

Trade as a Weapon of War Iqbal Chand Malhotra

Who Exactly is the ‘Other’? Kunal Ray