What justifies the Indian Government’s move to raise its regulatory limit on flight seats to Abu Dhabi so radically? 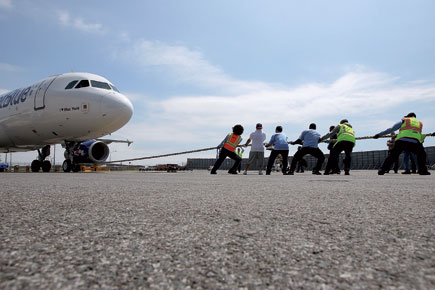 What justifies the Indian Government’s move to raise its regulatory limit on flight seats to Abu Dhabi so radically?


Since India opened its civil aviation market to foreign investment last September, UAE-based Etihad’s purchase of a 24-per cent stake in Jet Airways for $379 million has been the biggest deal so far. Now, Jet is a debt-laden carrier, and with domestic aviation no longer booming, that sum sounds too generous. But then, Etihad may be betting on the partnership’s international prospects. As if to confirm this, the Indian Government has okayed a huge jump in seats on flights from India to Abu Dhabi, Etihad’s base and global hub from which passengers can reach other destinations. “The nature and timing of the latest India-Abu Dhabi bilateral amendment [raising to-and-fro seat limits] appears to have been designed to support the passage of this commercial transaction,” says Binit Somaia of the Sydney-based Centre for Aviation, a thinktank. 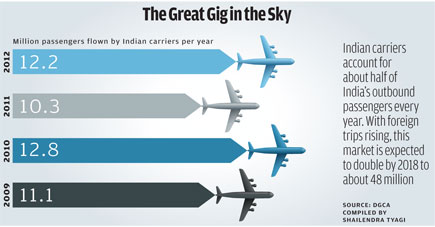 Sharan Lillaney at Angel Broking argues that such bilateral favours are necessary to attract foreign investment in Indian aviation; also, it is not a zero-sum game and Indian carriers by themselves cannot meet the incremental demand for outbound travel. Somaia, however, wonders why Etihad was given such a deal sweetener only a few months after the Centre declared that no new entitlements would be extended unless Indian carriers had exhausted all available seats. What if similar demands are made by other foreign players? While India has done well to open its aviation market, Somaia says, “ad hoc and selective liberalisation in the absence of a transparent strategic plan known to all stakeholders creates market distortions”.

As it happens, aviation operates under arbitrary rules almost everywhere in the world. In this case, if the Jet-Etihad deal puts competitive pressure on others and pushes overall outbound fares down, Indian passengers would be pleased. Where that would leave Air India is a tough question. The carrier gets 70 per cent of its global revenues from its Gulf, Europe and North America routes, the ones under direct threat. Air India does offer direct flights to Western destinations, but Indian travellers aren’t averse to Gulf stopovers. “What can save Air India,” says Lillaney, is “a professional mindset” that lets it chart its own course. But tight State control makes it unwise to bet on this.