If the Centre reduces taxes on petrol, it will have to raise them elsewhere, which will again fuel inflation 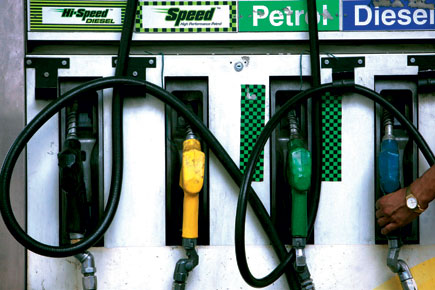 If the Centre reduces taxes on petrol, it will have to raise them elsewhere, which will again fuel inflation


Last week, the three state-owned oil companies, IOC, BPCL and HPCL, hiked petrol prices yet again—for the fifth time this year. As usual, consumers expressed their anger, UPA coalition member Trinamool Congress threatened to withdraw support, and the Prime Minister put his foot down, saying that the increase would not be rolled back. There were also the expected grumbles about how fuel prices would add to inflation, and how the regime was insensitive to the aam aadmi’s concerns.

However, a critical issue got lost in all these oft-repeated debates. The fact is that neither the Government nor oil companies have any option but to raise petrol prices at regular intervals. First, Indian taxes on petroleum products (almost 40 per cent of the retail price) generate huge revenues for the Government. Every rupee that it collects per litre in excise duty on petrol adds Rs 4,000 crore to its coffers.

Therefore, when critics clamour for lower prices, arguing that this can easily be done by axing various taxes on petrol and other fuel products, they miss the big picture. If the Government does it, and forgoes a huge proportion of the Rs 82,000 crore it hopes to garner this fiscal (2011-12), it will have two options left to pursue. It will have to let the fiscal deficit spin completely out of control, which will only add to inflation. Or it will raise taxes on other things, which would directly or indirectly impact the common man.

Oil companies face a similar Catch-22. Since they are forced by the Government to subsidise prices of diesel, kerosene and LPG, the only way to shore up their balancesheets is to hike petrol prices, which they are free to do (though only after consultations with the Petroleum Ministry). The Government, in turn, can de-subsidise the first three products to bridge the gap between its revenues and expenses, but it will lead to huge increases in prices of diesel, kerosene and LPG, which will anyway add more fuel to the inflationary fire.

The best way out is to reduce subsidies on petroleum products, and allow retail prices to go up in a carefully-calibrated fashion, perhaps after the current bout of double-digit food inflation is seen off. In the final analysis, the move will help contain India’s fiscal deficit (and thus inflation too) and also give oil companies a big relief. Over time, the Government also needs to check its other expenses, which, done well, can have a deflationary effect. This is worth pursuing, even if it is politically difficult to push through at the moment.