A museum for the taste of the nation 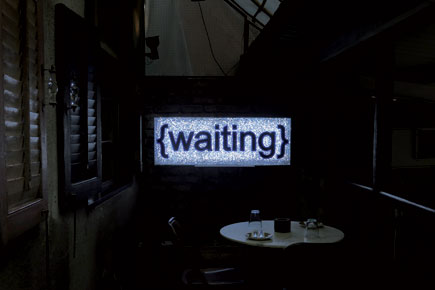 A museum for the taste of the nation

In a country reeling under multiple crises, it is not surprising that art has been relegated to an afterthought in the larger scheme of things. Yet, art offers a chance to unify a country and revitalise its economy in a way few can imagine. This a call-to-action for the future.

As an artist, one of my concerns is the way the Lalit Kala Akademi (LKA) is being run. In his inaugural speech, India’s first education minister Maulana Abul Kalam Azad had said, “The Akademi must work to preserve the glorious traditions of the past and enrich them by the work of our modern artists. It must also seek to improve standards and refine public taste…”

The ideas of India’s early leaders who dreamt of a unified nation were supported by several artists, writers and musicians. Red-tapism and political interference have narrowed the LKA’s imagination and stultified its mission. The Indian Triennial, started in 1968, was among the world’s first international art projects, but was soon buried thanks to the ineptitude of the LKA. Such exhibition models must be revived. “I feel I am an Indian only when I travel with my work to be part of a national exhibition in Delhi,” an LKA member from Dimapur told me when I was on a visit to Kohima, Nagaland. Like Nehru and Azad believed, art can instill national pride and generate feelings of inclusiveness.

Other good ideas have been ignored too. In 1972, the Union Ministry of Works & Housing issued a memorandum asking for works of art to be installed in all public buildings, with a budget of up to of 2 per cent of the construction cost. It was not implemented.

If India were to accord art the importance it deserves, it would inspire new modes of thinking, expand imaginations, and make India far more innovative than it is.

Art education is crucial. Schools must lay emphasis on art as a visual language, and avenues for those with higher education need to be wider. Fine art students in India spend five-seven years in art institutions; yet, most end up in applied disciplines on the payrolls of advertising agencies, animation studios and other ‘asylums’ as I call them. Only about 5 per cent of our fine-art students continue doing what they want, but this is a huge risk with no potential payoff. India needs institutions, artist studios, residencies and other spaces for artists to come together, work and engage with other professionals. One of India’s good artist residency models is to be found at Khoj International. The Department of Culture should support such initiatives.

Museums need attention, too. State-run museums shy away from the responsibility of being ‘archivers of time, history and heritage’, and this makes it harder to preserve the country’s artistic heritage. While Delhi’s National Gallery of Modern Art (NGMA) is good, it needs reform: a new model in appointing its director, with curators and art historians appointed at different centres, and a talent nurturing programme. In offering contemporary art education, lessons may be taken from Mumbai’s Dr Bhau Daji Lad Museum, which is doing a fine job.

To generate funds for all those revival initiatives, perhaps the Government should impose a tax on sales of artworks that would be used for the purpose.

Until then, a heartening phenomenon is the rise and relevance of private museums—the Devi Art Foundation, Kiran Nader Museum of Art and the Coimbatore Centre for Contemporary Arts, to name a few that must be acknowledged for their support of art.

Today, art in India survives thanks to galleries. Any gallerist in India would tell you that the country needs to encourage collectors, institutions and museums to make better decisions and investments. Rules and regulations need reform as well. Recently, at the India Art Fair in Delhi, I heard a foreign gallerist say, “I will never come back to India to show the art I deal with.” I am told this is the general sentiment among most participating foreign gallerists.

It is a question of the Government’s attitude towards art. Many countries in the Middle East zealously buy and promote art as a means to promote their culture, while India seems apathetic to its own treasures.

Can art make a difference? If history is any precedent, then the answer is a resounding ‘Yes!’ These examples go beyond art for art’s sake. It’s art for our sake. For the sake of future generations that are at risk of living lives without a grounding in India’s own history, culture and heritage.

The effects of an art revival on the country’s creativity may take time to show, but there are some results that may be counted upon in the short-term. Take the ‘Bilbao Effect’: this is the story of how a city’s vision of building a museum changed the entire cultural and economic dynamics of the city. Architect Frank Gehry’s Guggenheim Museum, built in 1997, did more than revitalise this Spanish city; it spawned an entire tourism and cultural subculture. Now Bilbao is among the most visited places in Spain.

In India, how Agra’s local economy is sustained by the Taj Mahal is also a subject worth studying. For a recent effort, take the Kochi-Muziris Biennale, whose energy and verve has done the local economy of Kochi a favour. Though not comparable to the ‘Bilbao Effect’, by granting artists an independent experimental space, the biennale has put this ‘sleepy town’ in Kerala on the world’s art map, with knock-on effects visible in its commercial life.

What will count for most, however, is in the realm of thoughts. Artists are forever on the lookout for alternate models. Recently, a new ‘travelling project’ by Raqs Media Collective titled Insert, which was shown at the Indira Gandhi Centre for Arts and Culture in Delhi, refocused attention on the idea of the ‘artist as a generator of ideas who questions things the world takes for granted’. At a time when the capital city was held hostage by ‘protest politics’, such projects take art back into the realm of radical ideas for societal change. They also reflect the inadequacies of today’s ‘reactionary politics’ by posing a multi-pronged attack on one’s sensibilities. While projects like Insert should be supported and seen as a celebration of what political art can do in India, they ought to adopt a coherent and well-defined exhibition approach, in better spaces, to ensure that these ideas aren’t lost and that idea generation stays at the heart of the exercise.

And I believe it is the collective responsibility of artists, writers, thinkers, museums, biennales and triennials to offer fundamental art education on where we stand. But to realise this potential, the country needs to deepen its understanding of how art impacts values; for it is these that shape the way we look at and understand the world. It is the frame through which we construct the stories that are important to us, and create things that are motivated by more than profit.

It is important to break the notion that art is about money. We need to develop better forums to discuss relevant projects on prominent issues. India has great knowledge and ideas floating around but needs to channelise them to encourage better conversations, exhibitions and experimental possibilities. It’s important to understand the diverse character of the country and work accordingly to develop new models.

One of the main problems this country faces is that most people see art only as ‘something different’. Art is a continuum in which we all participate, with which we all engage. Art is as much a unifier of societies as economies are.

Riyas Komu is a Mumbai-based artist. He is co-founder of the Kochi-Muziris Biennale, India’s first international art biennale