The kinetic force of whizkids 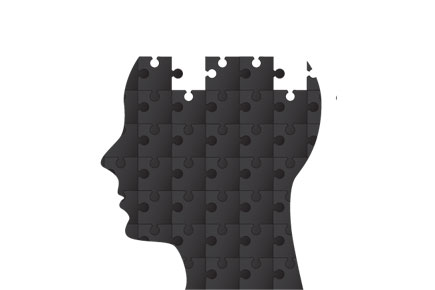 The kinetic force of whizkids

In today’s world, the job market is increasingly being redefined by specific skills to suit the global market. It is estimated that 75 per cent of new job opportunities created in India will be skill-based. In a country where more than 90 per cent of the workforce is in the informal sector, this task is immense. There is an urgency to cultivate India’s human capital into a skilled and productive workforce that can match international standards of quality and productivity. The enormous size of India’s working population has heightened this urgency. By 2026 around 64 per cent of India’s population is expected to be in the age bracket of 15-59 years with only 13 per cent of the total aged above 60 years. This rise in number of workers relative to dependents is set to provide India with a window of opportunity to increase domestic production and savings.

The Government is responding by improving and expanding access to vocational education and training opportunities. Addressing the legacies of the past is a challenge, but can be overcome provided everybody is aligned to a single vision—catalysing the creation of jobs and increasing the pool of skilled people who will get quality jobs at higher wages. The current effort, therefore, is to define the vision, create the enablers, identify and connect the dots and align them in a manner where every effort is maximised and duplication avoided at all costs.

To achieve this vision the Government must play the role of enabler especially in bringing stakeholders together. Rather than being ‘inputs’ oriented the shift being made today is towards being ‘output’ oriented. The language has shifted from ‘training’ to ‘employability’. Government schemes are adding a 70 per cent placement clause in their partnerships with training providers. Supply and Demand side issues are being addressed too.

From the Supply side perspective, vocational education has acquired a negative connotation; it is seen as the second option by youth. However, making it an attractive pathway to career progression is imperative for India’s growth. Several parallel efforts are being made to address this issue. A national advocacy campaign is to be launched soon by National Skill Development Corp (NSDC). Reward and recognition measures such as participation in the World Skills Competition and launch of the STAR scheme are drawing youth attention. Community Colleges are being piloted to integrate Vocational education into mainstream education. Addressing the heart of the problem is the launch of the National Skills Qualification Framework, which will create an equivalence mechanism between vocational education and academic education.

On the Demand side, it is imperative for Industry to take a lead in training potential employees. The formation of the Sector Skill Councils is enabling practitioners from industry determine curricula for training and develop occupation standards for all-India adoption. Assessments and certification processes are being streamlined, the empanelment of agencies is being scrutinised and a digital database is being created by NSDC.

One big challenge is lack of trained faculty. Here again Industry must take the lead in encouraging their serving and retired employees to lead capacity development of faculty. Preliminary efforts are being made in this direction. Similarly faculty from educational institutions must be allowed sabbaticals which allow them to work with enterprises and experience real world problems so that they bring in these into classroom teaching.

Technology needs to be leveraged. NSDC, through its SSCs, is developing a sector-specific focus linked to a national Learning Management Information System, which will serve as a one-stop shop for all information available on the Indian labour market. It will have the ability to collect, process, analyse and disseminate labour market information.

As is evident, India’s skill development landscape is witnessing momentous changes. An institutional framework has been laid at a national level, and the private isector must participate. Skill Development Missions are being created at state government level and 17 Central ministries have taken on skill initiatives. Much will depend on effective implementation of schemes at the grassroots level. Collaboration between the Government, private sector, educational institutions and NGOs is necessary if India is to use its large labour pool to propel the country forward.