How to Tame those Fat Cats up There 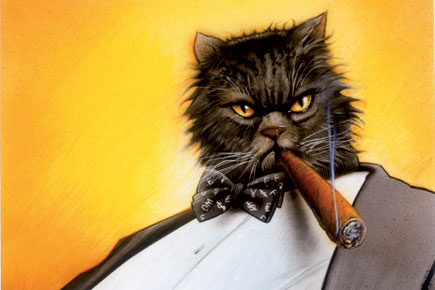 
As popular distaste of corporate excess sweeps the West, the Swiss response to it has been remarkably emphatic. In a triumph of shareholder activism, a recently-held referendum in Switzerland has given shareholders of Swiss listed companies a binding say on executive compensation. The vote was an exercise in ‘direct democracy’, and the proposition was approved by 68 per cent of all eligible Swiss voters. According to Brigitta Moser-Harder, one of the initiators of this referendum, the outcome also bans “golden hellos” and “golden parachutes” for incoming and outgoing executives. Among those affected will be Swiss sworn-to-secrecy banks such as UBS and Credit Suisse. Other European banks, meanwhile, may be affected by a separate European Parliament proposal to cap banker bonuses to curb excessive risk-taking.

Shareholder-imposed caps on executive remuneration have been mooted in the US as well, but America’s new rules do not force companies to accept the ‘say on pay’ of those who own shares. This does not really empower them, which is why Dennis Kelleher, president of Better Markets, a Washington-based investor advocacy group, describes the Swiss referendum as “a step forward”.

The Great Recession has revealed shocking excesses in America Inc, he says, with top decision-makers and directors taking self-serving decisions with almost no oversight or accountability. “So restoring some balance by meaningfully empowering shareholders is reasonable and long overdue,” Kelleher says.

Swiss ire against corporate greed has been on the ascent since 2008, when UBS tried paying its heavyhitters higher pay despite having taken state aid during that year’s financial crisis. More recently, the country had an uproar against a Novartis Board decision to give the company’s outgoing CEO a golden goodbye of about 72 million Swiss francs (€59 million) even as it was laying off thousands of workers.

Switzerland’s businessfolk are displeased with the referendum, no doubt, and many have grumbled that pay caps will hurt corporate competitiveness as top performers depart for companies elsewhere that pay them more. Micro-management by shareholders, they argue, will condemn Swiss firms to mediocrity since judging someone’s worth is a top-management skill. Are these fears valid? Kelleher does not think so. “The ability of Swiss companies to hire the best available talent does not get restricted by shareholder democracy.” Managements need to explain their pay decisions, that’s all. Moreover, he adds, the country still offers a fairly business-friendly environment. Also, it is better that shareholders decide what executives earn than have governments do it, as the European proposal would imply.