The traditional metal has been the hottest investment bet this volatile season. And there’s money on it for a reason. 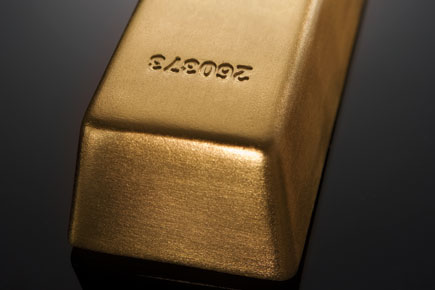 The traditional metal has been the hottest investment bet this volatile season. And there’s money on it for a reason.


That pre-dawn glow you see over the horizon is not the sun rising in the west, it is the ascent of gold. To analysts, it’s a metal whose ancient allure has survived wars, revolutions, dismissal by an economist as eminent as Keynes (‘barbaric relic’) and demystification by a historian as hot as Peter Bernstein. To the typical Indian, there is no safer investment.

Sophisticates may sneer, but even today, housewives place greater trust in monthly recurring deposit schemes run by local jewellers (with the promise of gold upon maturity) than safer havens such as post office deposits.

Man may not always recognise man, but gold is a storehouse of value that is universally acknowledged. It can’t be faked. And it’s rare. If the world were to fight World War IV with sticks and stones, gold will probably be the currency in use to acquire those sticks and stones. Of course, doomsday is not upon us yet. But in case the financial world as we know it happens to implode—the West remains wobbly—gold would still be worth every ounce its weight in… well, gold. And more. Quite a lot more.

That’s what is turning even sophisticates into gold bugs. Financier George Soros, despite calling gold an “asset bubble” at the World Economic Forum earlier this year, has doubled his investment in the metal. John Paulson, a wealthy hedge fund owner who made a fortune betting against lousy loans (for details, read Gregory Zuckerman’s book, The Greatest Trade Ever), has some $3 billion of his money in gold. Not surprisingly, the production of gold coins, such as Krugerrands in South Africa, has almost tripled.

As high net-worth individuals and Wall Street studs bet big on the yellow metal, as a hedge against volatile currency and equity markets, the price of gold has zoomed to a record high of Rs 19,000 per 10 gm. And what’s more, some traders are counting on an extreme scenario of Rs 25,000 come Diwali this year.

In times of great anxiety, gold is the most trusted fallback option. After the Lehman collapse in mid-September 2008, its price rose almost by a third in three days flat; and over the past two years, gold has been one of the top performing asset classes. With so much extra cash having been pumped into the global economy as a rescue measure, some feel that inflation is but inevitable in time to come, and that would distort and/or erode the value of almost every other asset. An over-printed currency, for example, would be able to buy less and less. This year’s Greek debt crisis that is threatening to take the eurozone apart is only the latest in a series of jitters about the sustainability of an over-extended financial system in the West.

In India, good ol’ gold has regular retail demand as well. Says Somnath Dey, vice-president, commodities research, Religare, “The festive season purchase usually begins in August, and that might also push up prices further. Even at these high levels, we are advising our clients to add gold to their portfolio.” Interestingly, however, demand for gold jewellery is in decline (it slid by a fifth in 2009, and is slipping still), perhaps because the Indian housewife has been priced out of the market for now.

“As for gold,” says Jon Nadler, a senior analyst with the Canadian bullion trading firm Kitco, “the summer doldrums may not yet be fully manifest. However, projections for physical demand from India reveal that analysts expect perhaps only half as much bullion to flow into the country during the current month as was imported one year ago in June. That figure would be about 15 tonnes at best, owing not only to ultra-high gold prices but also to the start of monsoon-related farming activities [in India].”

What’s booming actually is gold investment in the form of exchange traded funds (ETFs), which let you trade gold online just as you would company shares. This has heralded a major cultural shift. Though new to India, ETFs now boast of an average domestic daily turnover close to $3 billion. “Surely, the emergence of ETFs has increased the attraction of gold as an investment option,” says Ketan Kothari, director of the Mumbai-based firm RiddhiSiddhi Bullion, “because you can buy as little as one gram, and there’s instant liquidity.” Globally, ETF demand has leapt up from 250 tonnes in 2007 to 600 tonnes in 2009.

Gold mining, naturally, is on the increase. Mines in South Africa are now drilling almost 4 km into the earth. “On the other side of the market ledger, in news from the supply side,” adds Nadler, “a minerals strike of vast proportions was announced in Afghanistan overnight. Huge deposits rich in copper, gold, cobalt and especially lithium on a scale that reaches into trillion-dollar territory are not something one hears of very often at a time when shouts of ‘peak everything’ are commonplace in the markets.”

So, what should your gold play be? “Levels of Rs 25,000 per 10 gm by year end seem a bit unrealistic,” says Religare’s Dey, “but investors should look at making gold a part of their portfolio. Gold investments pay off when they are leveraged. That is, borrow cheap to invest so that you can beat the inflation.”

Internationally, though, the market has imposed limits on the price of gold, by Nadler’s reading of the price chart: “The yellow metal is trending towards being range-bound, as neither side is apparently willing to let things get beyond the broader psychological markers at $1,200 and $1,250 per ounce. Gold could find support at $1,210 and $1,203, while resistance overhead remains visible at $1,228 and $1,240, respectively.”

There’s a glow alright. But don’t let it obscure your rational estimation.