Calling All Savers: Please Come Back

In 2010-11, household savings dipped alarmingly as a percentage of GDP. Higher rates on bank deposits could spur a reversal 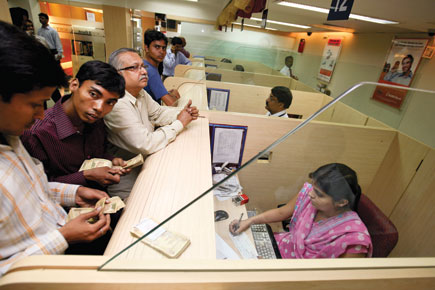 In 2010-11, household savings dipped alarmingly as a percentage of GDP. Higher rates on bank deposits could spur a reversal


A full-page ad a few days ago in most Delhi newspapers screamed ‘Issued in public interest’. Kotak Mahindra Bank, it announced, had raised the interest rate it pays on savings accounts to 5.5 per cent (and 6 per cent on balances over Rs 1 lakh). Most banks may follow suit after the RBI recently decided to free its rate regime on such bank deposits. This may even start an interest rate war between various banks vying to boost their deposit base and thus their overall lending capacity.

But why has the central bank made this move? First, with a consistent rise in lending rates over the past several quarters, the savings account rate—earlier fixed at 4 per cent—was getting left behind. Second, since banks have considerable flexibility in deciding what to charge their individual and corporate borrowers, as also what rate to offer fixed deposit holders, it made sense to extend this freedom to savings accounts. But there was a more compelling reason as well.

In 2010-11, household financial savings had dipped alarmingly as a percentage of GDP. According to a recent Citi Investment Research & Analysis report, ‘The RBI has attributed this to lower growth in bank deposits and insurance and an absolute decline in investment in shares and debentures…’ Therefore, boosting the former was a matter of urgency for the RBI. A more attractive interest rate on bank savings may just deliver the requisite results.

At the same time, there have been worries about what are called small savings, which include postal deposits, savings certificates and social security schemes. According to the Citi report, despite assorted tax incentives that they enjoy, ‘their growth rate has lagged deposits, in part due to the growing reach of the banking system, and also due to relatively attractive deposit rates’. Collections under small savings schemes have not grown in the four years from 2006-07 to 2009-10.
The slump in small savings has a direct bearing on budgetary trends, since the net collections under these schemes form part of the money borrowed by the Centre and state governments to finance their respective fiscal deficits. It is because of slippages in this area that the Government was forced to borrow higher-than-budgeted amounts in the first five months of this fiscal year. Now, with an increase in the savings account rate, the Government may find an excuse to hike rates of small savings instruments, especially the PPF. And that may help India’s Finance Minister heave a sigh of relief.