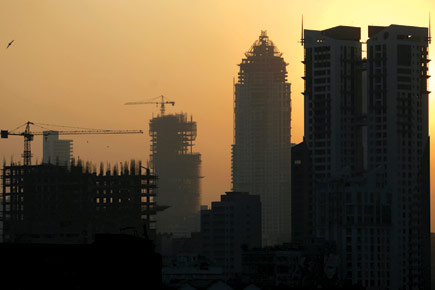 Sometimes any news can be good news. And if you have the misfortune of being in the property trade, moss can be mistaken for green shoots. In the last quarter, after a miserable year, something seemed to stir in the stagnant Indian market for real estate. Deals, especially for residential properties, showed some hints of sparkle. But the overall picture still remains dull for property in India. There is still not enough money chasing secondary properties, and unsold inventories continue to pile up of new brick-and-mortar.

“The market is seeing more deals, but this is far from a recovery. The deals are based on a low base and growth is coming from discounts, sometimes at 35 per cent of the original price. For a broad-based recovery to happen, things may get a little worse before they get better. Prices are unlikely to be all that buoyant this year,” says Anshuman Magazine of CB Richard Ellis, a real estate consulting firm.

Mumbai is the hardest hit from this downturn—mall rentals are down 30 per cent over last year, and many new malls have seen cancellations. On the bourses, realty stocks are still languishing, down sharply from the highs of 2007 and 2008. They have recovered somewhat, but not enough to offer respite to investors.

“The end user is hesitant to enter the market even now. And speculators are keeping away. Some of the better residential properties—which are at an all-time discount—have seen deals, and if this is sustained, there is likelihood of more. But commercial property has seen saturation, accentuated by lack of demand due to the slowdown,” says Neeraj Mahajan, managing director of Ayaam Property Management. In short, the sector’s price correction is not done yet. If there’s a sizzler of  a price you’ve heard of, lately, it’s an exception. Put it down to  that old saw: the three factors in realty that count are location, location, location.

Barbaric relic to some, store of value to others

This festive season, buying gold is set to become an even more expensive proposition as prices of the yellow metal have repeatedly breached all-time highs. On the global stage, gold prices rose above $1,000 an ounce in the week ending 13 September 2009, for the first time in seven months. This was largely on the back of a weak dollar. As a result of which, people are moving towards other investments that are perceived as safer than the dollar. Despite the global economy appearing to be in the early stages of a turnaround, investors are still seeking hedges against inflation, as they fret over the medium term effects of fat government stimulus packages. Overall, analysts don’t see this rally as having enough momentum to forge new highs. But with interest rates expected to remain low and the US dollar projected to be weak, gold’s appeal will remain strong in the coming months. The price of gold has been rising predominantly because of the weakening value of the US dollar. Typically, gold prices move in the opposite direction of the dollar, so as it weakens, gold prices rise. When the value of the dollar, often considered the world’s reserve currency, is falling, investors tend to turn to gold as a relatively safe alternative as a store of value and means of exchange. India is the largest importer of gold and some analysts expect the festive season buying to push up prices even further, to around $1,200 an ounce.

In yet another attempt to cut its reliance on oil revenues,  the Emirate of Abu Dhabi wants to become the semiconductor hub of the world. The Advanced Technology Investment Company (ATIC) from the Emirate has bought Singapore-based Chartered Semiconductors, the third largest semiconductor maker in the world,  for $2 billion. The investment seems aimed at breaking into the exclusive club of countries that make silicon chips—an estimated $20 billion market. ATIC had earlier invested $1.5 billion in a firm called Global Foundries, which is also in the business of contract chip-making. Together, the two investments would give Abu Dhabi a share of about 30 per cent in the worldwide contract chip-making business. Taiwan, the current market leader (almost every second chip is made on this island state), had better watch out. It’s a whole new circuit.

The old favourite of sweetmeat makers and housewives, Dalda, is undergoing yet another image makeover that will reorient the brand. The 75-year-old ‘ghee’s’ slide began even before Hindustan Unilever realised that Dalda didn’t fit into its scheme of things. In 2003, when the global edible oils firm Bunge bought over Dalda, it had declared an intention to resurrect the ‘heritage’ brand. But hydrogenated vegetable fat or vanaspati is no longer a preferred cooking medium in Indian homes.  Bunge plans to invest Rs 20 crore now in reviving a brand once positioned as a true sign of motherly love (‘mamta’). The emphasis now is on replacing vanaspati content with refined oil products in the blend, to be  fortified with vitamins and anti-oxidants. Market watchers, though, will be keen to see exactly how the brand is positioned this time round.