Lindsay Duffield of Survival International, an international organisation that has campaigned relentlessly against Indian mining company Vedanta, speaks up. 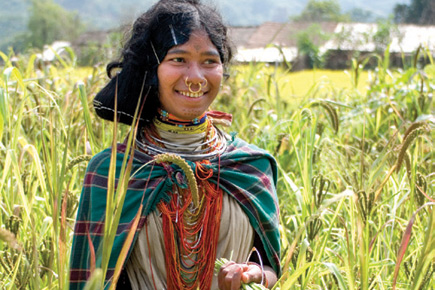 Lindsay Duffield of Survival International, an international organisation that has campaigned relentlessly against Indian mining company Vedanta, speaks up.


A Dutch investment firm, PGGM Investment, which manages pensions in the Netherlands, has sold its $16 million stake in mining company Vedanta Resources. The latter intends to dig an open-pit bauxite mine on Niyamgiri mountain in Orissa, sacred to Dongria Kondhs, the original inhabitants of the land. Lindsay Duffield of Survival International, an international organisation that has campaigned relentlessly against Vedanta, speaks about the development:

Q How many investors have sold their shares in Vedanta after your campaign?

A The Church of England, Martin Currie Investments, the Joseph Rowntree Charitable Trust and now PGGM have all sold their shares. BP’s pension fund reduced their shareholding.

Q In financial terms, what does this mean for Vedanta?

A The financial damage to Vedanta is cumulative, and as PGGM noted this week, the growing reputation damage sustained by Vedanta ‘may also translate into financial risks’.  It has been reported that a fifth of Vedanta’s stock market value is tied up in the company’s planned bauxite mine on the Dongria’s land.

Q How is Vedanta a violator of human rights?

A The Dongria Kondh have the right to give, or withhold, their free, prior and informed consent to projects which affect them. They stand to lose the most from Vedanta’s mining plan, but they have not been properly consulted and have not given their consent.

Survival International’s 40-year experience with indigenous and tribal peoples has taught us that when projects like this are forced on to a tribe without their consent, the result is devastation. Communities collapse and self-sufficient people become dependent on handouts to survive.

Q Why is the mountain Vedanta plans to mine so sacred to Dongria Kondhs?

A The Dongria consider the entire Niyamgiri hills sacred, each hill and river associated with different deities. Niyam Dongar, the mountain of law, is the seat of their god Niyam Raja. This is the mountain Vedanta intends to mine.

Q Why do you think this issue has found more support outside India than within?

A The Dongria Kondh have received support all over the world, including within India.