Air Waves of Another Kind

While full-service airlines are in the red, low-cost carriers are in the black, and want to expand rapidly 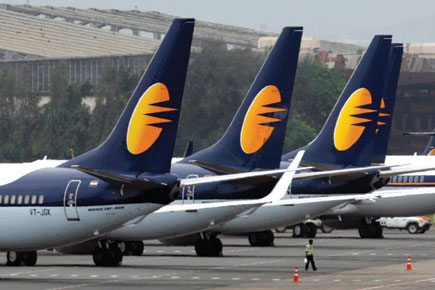 While full-service airlines are in the red, low-cost carriers are in the black, and want to expand rapidly


It is a paradox. In mid-2010, the RBI announced a bailout package for the aviation industry after private airlines shouted from the skies that they were financially grounded, their profit-and-loss balances marked in red. By end-2010, Vijay Mallya’s Kingfisher got a reprieve, as banks rescheduled its debt and reduced interest rates on its loans (partly in exchange for equity). In 2010-11, three of India’s biggest airlines—Kingfisher, Jet Airways and Air-India—incurred losses, as they had in previous years.

However, at the Paris Air Show in June 2011, Indian private carriers placed huge orders for new planes; GoAir, the smallest of them, ordered 72 new aircraft, and IndiGo, the fastest-growing, inked a deal for 180. Even Kingfisher and Jet want to buy new aircraft. All counted, the fleet size of Indian carriers will more than triple within the next few years to over 1,000.

What’s happening up there in Indian skies? To understand this contradiction, consider the causes and nature of the losses, and then look at future growth prospects. Note that only full-service airlines are bleeding. No-frills, low-cost carriers performed fairly well last year; while SpiceJet’s profits grew 65 per cent to over Rs 100 crore, IndiGo, an unlisted company, was also in the black. Their cost structures differ. The bane of Indian aviation is a huge tax (up to 32 per cent in some states) on aviation turbine fuel, which could constitute as much as a third of an airline’s overall costs. So, the trick is in keeping other costs extremely low; this is done well only by low-cost carriers. That apart, the bigger players have also been hit by failed mergers of the past (Jet-Sahara, Kingfisher-Deccan and Air India-Indian Airlines); instead of better services at lower costs, they’ve been saddled with more losses.

In other words, full-service airlines have been let down by operational and strategic factors, not by lack of growth in passenger traffic. In fact, supply of seats has lagged demand for quite some time now, and this will continue. The Centre for Asia Pacific Aviation predicts that while domestic traffic will grow by 17–20 per cent in 2011-12, seat capacity will go up only by 12–14 per cent.

Thus, it is imperative for profitable low-cost carriers to buy planes and make the most of the expansion opportunity. IndiGo has already emerged as India’s No 2 airline in terms of market share. Jet and Kingfisher need to replace some of their ageing aircraft and also expand services if they are to scuttle IndiGo’s ambitions. Indian skies are set for a rivetting bout of renewed competition.