Lessons from the collateral environmental gains of the lockdown 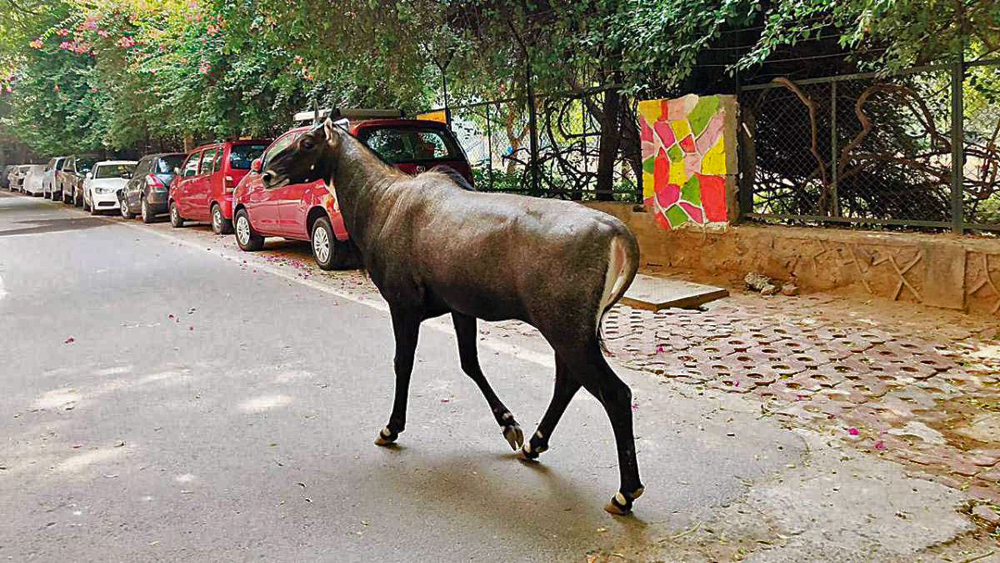 
With lives and livelihoods at stake, a lockdown may not be the best way to heal the environment. But nature demonstrates that even if it is left untouched for a few days, one can breathe easy. Before the coronavirus outbreak, its epicentre, Wuhan in China, a major industrial hub, had a hazardous air pollution level, which came down by 21.5 per cent since the city downed shutters, according to data released by China’s Ministry of Ecology and Environment. In China, the lockdown caused carbon dioxide to drop by at least 25 per cent and nitrogen oxide by 37 per cent.

The ongoing lockdown in India, too, has substantially reduced greenhouse emissions. But even if the lockdown to combat Covid-19 has a collateral benefit for the environment, does it show the way to a sustainable society?

Along with better air and water, people are experiencing new sights and sounds in urban areas. In the beginning of April, Jalandhar residents woke up to the view of the Dhauladhar range in Himachal Pradesh, some 250-odd km away, after nearly three decades. A video clip showing a nilgai strolling outside the Great India Place Mall in Noida’s Sector 18 went viral, while in another short video, an Indian bison (gaur) was seen freely roaming in the market area of Chikmagalur district in Karnataka. Another clip showed a civet wandering the streets of Kozhikode in Kerala. “There have even been reports that street dogs and stray cattle are getting restive, as they’re not getting food with people indoors,” says Rohan Malik, a Delhi-based animal rights activist.

The lockdown environment made a puma turn up at the centre of the Chilean capital, Santiago. In Barcelona, boars were spotted along the city’s normally bustling avenues; in Wales, a heard of wild goats that normally live in the nearby hills, was seen taking over the deserted town of Llandudno; families of ducks were spotted wandering the streets of an empty Paris; fish and sea birds were filmed in the canals of Venice; and, deer in Nara, the ancient capital of Japan, were seen venturing into the city, nibbling at flowers and plants.

Across the world, pollution levels have dropped sharply with people spending less time in vehicles, offices and factories. With cities under lockdown, wildlife experts believe the animals are being emboldened by the lack of noise and human activity to enter urban areas as they search for food.

According to the Government-run System of Air Quality and Weather Forecasting and Research (SAFAR), the measures taken due to the coronavirus outbreak resulted in a drop in PM2.5 (fine particulate pollutant) by 60 per cent in Delhi, 31 per cent in Pune and 57 per cent in Ahmedabad in the first week of April as compared with the same period in the previous month.

The level of Nitrogen Oxide (NOx) pollution, which can increase respiratory risks, has also come down significantly. Nitrogen Oxide pollution is a function of high motor vehicle traffic. In Pune, NOx pollution has dropped by 62 per cent, in Mumbai by 60 per cent, and in Ahmedabad by 32 per cent.

Speaking to Open, Gufran Beig, director of the Pune-based SAFAR, claimed that, on an average, pollution across the country has dropped by 70-80 per cent since March 22nd, when a partial lockdown, or the ‘janata curfew’ was imposed. April usually witnesses dust storms across northern India. “But this year, the frequency of natural dust storms, which originate in the Gulf, has substantially declined. This is unprecedented, but I believe that since we are witnessing a global shutdown, it is human activity that triggers such severe dust storms every April,” says Beig. Instead, scattered rain showers in northern India is forecast well into April, a particularly warm and dry month and a precursor to the harsh Indian summer.

With little or no possibilities of dust storms, suspended particles in the air have also declined substantially. “March ended with a total of 67.4mm of rain, which is normally 15.9mm. Such rain was last seen in 2015, that too in one day owing to heavy showers. But there has been consistent rain,” claims Mahesh Palawat, chief meteorologist at the Delhi-based Skymet Weather Services. Over the last few days, pollution sensors countrywide are indicating ‘good’ air quality index (AQI), with a count in the range of 0-50, which normally ranges from moderate to severe (101-500) levels. Thirty-nine cities have recorded ‘good’ air quality and 51 cities have registered ‘satisfactory’ air in the last few days, data from the Central Pollution Control Board (CPCB) points out. On the whole, 92 cities with CPCB monitoring centres have recorded minimal air pollution, with the air quality in the range of ‘good’ to ‘satisfactory’.


Even industrial hubs, such as Moradabad and Kanpur, have logged in good air quality. “There is a high level of loose dust particles in India. So whenever cars move, they blow such particles and there is additional pollution, but since so many vehicles are not plying the roads these days, dust particles are negligible,” says Palawat, adding that vehicular pollution accounts for 35 per cent of the overall pollution. He feels that when the lockdown is lifted, “good AQI will stay for 10-12 days following which gradual deterioration [in the environment] will begin.”

Though the overall pollution has significantly declined, Beig contends that many overlook one aspect of pollution that has actually increased—household biofuel emission. In other words, as more and more people are locked indoors, home emissions have increased by about 15 per cent. That, however, remains a speck compared to the overall reduction in pollution.

Alongside videos of azure skies and exotic animals in cities, pictures of cleaner Yamuna and Ganga rivers are doing the rounds. On social media, many have done a before-and-after lockdown analysis of the Yamuna’s photographs. According to NDTV, the closure of industrial units in the National Capital Region during the lockdown has led to an improvement of water quality in the river, thereby decreasing the amount of toxic waste dumped in the river. “Many industries and offices are closed due to the lockdown these days and therefore the Yamuna is looking cleaner. The stoppage of industrial waste has definitely had a positive effect on water quality. We will conduct testing of the water to ascertain the percentage of improvement in the quality,” Raghav Chadha, vice-chairman of Delhi Jal Board, said on television.

Even the Ganga’s water quality has seen improvement—particularly in Hardwar and Varanasi—and in some spots, river fish too is visible. “The overall quality of water is reflected in the faecal coliform in the water—it has gone down substantially in the range of 2,000-2,500 count per 100 ml,” observes PK Mishra, Professor of Chemical Engineering and Technology, IIT-BHU and in charge of monitoring the Namami Gange project in eastern Uttar Pradesh. He claims that the overall quality of water in the river could have improved by up to 40 per cent since the lockdown if there were no violations. However, Mishra’s data show that certain industries are still flouting laws and discharging waste into the river. Yet, he claims that there has been a 20 per cent improvement in the quality of the water. And since the water is calmer, it facilitates a cleaner environment cycle. “If air has improved, water will certainly improve because air and water are in dynamic equilibrium state.”

As air pollution decreases, in no small measure, it aids in the fight against the coronavirus, which is known to attack people with weak pulmonary functions. The World Health Organization estimates that bad air kills seven million people globally through acute respiratory infections—making such people the perfect hosts for the coronavirus to replicate. In India, good AQI has resulted in a sharp drop in complaints from people with respiratory disorders, claims a Delhi-based pulmonologist on condition of anonymity.

Though the blue skies and low AQI under lockdown prove that pollution can largely be attributed to anthropogenic, or man-made, activity, slowing down the economy to this degree is never going to be a solution in lowering levels of pollution. But it certainly shows that if humankind truly applies its mind, even when the pandemic is over, it can overcome obstacles. It also goes to show that low-emission alternatives may be the way forward.