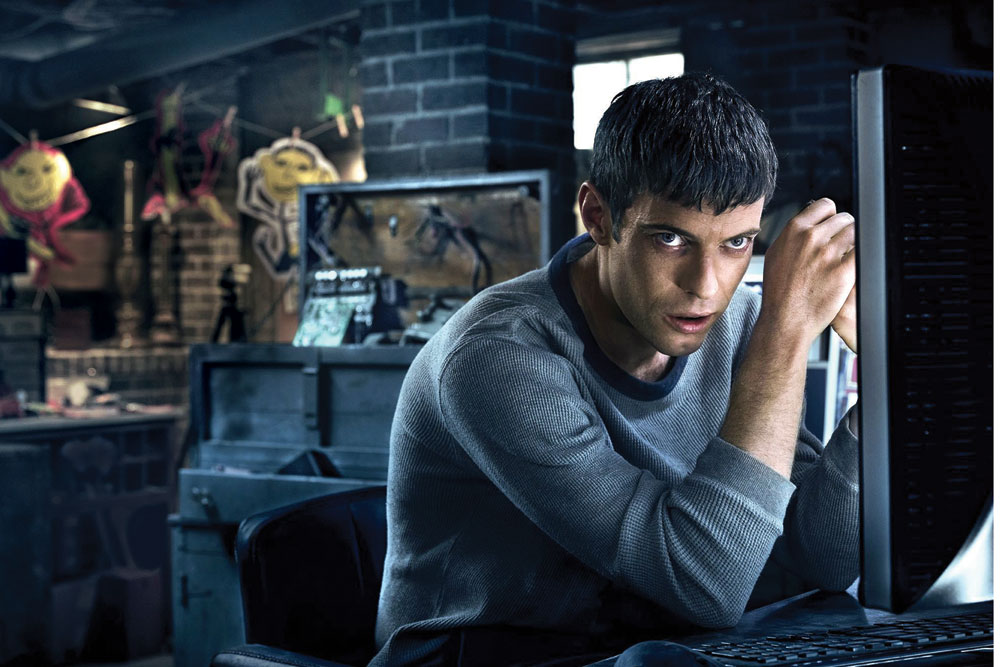 
TO ANYONE ATTEMPTING a new Stephen King adaptation today, all we can say is: best of luck. The 73-year-old writer, whose oeuvre is marked by various hues of horror and crime fiction, especially, has been adapted for film and TV over 20 times, with over a dozen these last couple of decades. This line-up includes classics in every decade since the 1970s: Brian de Palma’s Carrie (1976), Stanley Kubrick’s The Shining (1980), Frank Darabont’s The Shawshank Redemption (1996).

The streaming era’s market-driven abundance, however, has meant that there are as many as three ongoing King adaptations (TV shows, all) on various platforms right now: Mr. Mercedes on SonyLiv, Castle Rock on Netflix India and The Outsider, which premiered on HBO (Hotstar in India) earlier this year. These shows are all very different from each other (indeed, they are based on books from different phases of King’s career), but together they have done a fine job of ‘updating’ King’s works for contemporary audiences.

Of these three, The Outsider has rightly been getting the most critical attention. It follows the currently much-in-vogue ‘weary protagonist investigates a small town’ format (think Broadchurch, Top of the Lake, Sharp Objects and so on). Here, in Cherokee City in Georgia, US, we have a grieving father who also happens to be a police detective: Detective Ralph Anderson (Ben Mendelsohn) is convinced that the local high school football coach Terry Maitland is behind the grisly murder of a young boy, whose corpse is found covered in saliva and bite marks. However, Maitland also appears to have a rock-solid alibi, speaking at a teacher’s convention—and soon, both men’s wives start having supernatural visions that may or may not hold the key to the case. The story’s chief strength is how easily it moves from police procedural to supernatural thriller and in its unconventional third act, straddles both worlds expertly.

In The Outsider—the novel was published in 2018 —King operates in this slow-burning crime fiction territory. However, a good TV screenplay cannot afford to overdo the slow burn lest it lose half its audience by the third episode. This is why Bateman and showrunner Richard Price (The Wire, The Deuce) speed up the action in the first couple of episodes, almost beyond recognition if you’re familiar with the book.


This also allows them to introduce their most likeable character early (and not in the second half of the narrative, as King did in the book): this is the savant-like private detective Holly Gibney (played by Cynthia Erivo). In an NPR interview in April, King described the character as “on the autism spectrum… a person who is just very capable in one area, you know, somebody who can do numbers in their head”. Price and Bateman amp the volume all the way up on this trait: in the show, Gibney is basically Rain Man or John F Nash, blessed with photographic memory and flawless logical/analytical acumen.

Gibney was actually introduced in King’s hard-boiled detective novel Mr. Mercedes (2014), as a young woman with OCD, synaesthesia and sensory processing disorder. She befriends the protagonist, retired detective Bill Hodges (Brendan Gleeson) and by the third season, she has started assisting him in cases, as part of his PI agency Finders Keepers. In the TV show Mr. Mercedes, she was played by Justine Lupe (who’s Caucasian) but in The Outsider, Gibney is played by Cynthia Erivo, a British-Nigerian actress. The recasting of Gibney as a Black woman did not happen in a vacuum—over and above the very real need to diversify casts and crews in Hollywood, it should also be pointed out that a number of recent films/shows have featured African-American authority figures confronting the inequities of the systems they represent. Chadwick Boseman played an embattled cop in 21 Bridges (2019), Daveed Diggs did so in Netflix’s Snowpiercer series (2020) and Delroy Lindo, Clark Peters et al played a squadron of African-American Vietnam veterans in Spike Lee’s film Da 5 Bloods (2020).

Mr. Mercedes is much more of a traditional horror story than The Outsider, albeit one told through a cops-and-killers narrative framework. The villain here, Brady Hartsfield (Harry Treadaway), is one of King’s best creations in recent years

These characters, though tools of the state, subvert their origin stories if you will, and extract what society owes them. In that sense, they are liminal figures, hovering at the edges of authority and mainstream ‘acceptability’.

Similarly, Gibney as a Black female investigator is automatically the designated ‘outsider’ in Cherokee City, Georgia; her behavioural tics only make the liminal status all the more pronounced. Some fans of the book would say that this is overkill—but for me, the medium (that is, streaming television) warrants this approach.

The show Mr. Mercedes is much more of a traditional horror story than The Outsider, albeit one told through a cops-and-killers narrative framework. The villain here, Brady Hartsfield (Harry Treadaway), is one of King’s best creations in recent years, a truly terrifying, cunning psychopath/mass murderer who later gains the ability to control objects and even certain people with his mind. Showrunner David E Kelley, the veteran behind triumphs such as Boston Legal, Ally McBeal and Big Little Lies, does some of his best work with Mr. Mercedes—the dialogue is memorable (‘when you love people, you grow branches or limbs, and they are outside of your jurisdiction’), the dramatic tension calibrated perfectly and both Gleeson and Treadaway (who was superb as Victor Frankenstein in Penny Dreadful) are clearly having a lot of fun with their archetypal characters.

Literary novelists (Eleanor Catton, Brit Bennett, for example) are branching out into TV—Kelley, too, recruits high-calibre writers like AM Homes (The End of Alice) and Denis Lehane (Mystic River) to write individual episodes for Mr. Mercedes. This pays dividends through some truly delicious, pitch-black comedic dialogue.

MR. MERCEDES IS also part of an increasingly important tradition of American creators coming to terms with the decay of the country’s rural and old industrial areas, in particular—recent releases such as the novel Hillbilly Elegy and the Netflix film The Devil All the Time are cases in point. King sets Mr. Mercedes in Bridgton, Ohio, most likely a reference to the real-world Bridgetown, Ohio—a town with a population of 14,000 only. The fictional Bridgton was clearly once a manufacturing centre, as the sweeping shots of rundown mills and factories show us. Tellingly, the opening tragedy of the story, the titular ‘Mr Mercedes’ running 16 people over with his car, happens at a job fair. The victims were all unemployed people waiting in line. King’s metaphors, it is safe to say, have become more layered since his first novel Carrie, where a teen recently traumatised by her first period (and her mother’s religious ire at the same) is dunked over the head with buckets of blood.

Castle Rock, on Netflix, is a good reminder of just how prolific King has been down the years, and how he has written in markedly different styles in different phases of his career. Unlike the other two shows discussed here, it adapts King’s early career works. It is based on elements of the many novels and short stories King has set in the fictional town of Castle Rock, Maine — novels such as Cujo (1981), The Dead Zone (1976) and Needful Things (1991), as well short stories like ‘The Body’ (which was adapted into the film Stand by Me) and ‘It Grows on You’. There have been two seasons so far — each follows one Castle Rock novel’s central mystery, broadly speaking, while incorporating individual short stories as either standalone episodes or subplots.

Needful Things, in particular, casts a long shadow. This baggy monster of a novel (at nearly 700 pages) is an elaborate version of the Doctor Faustus story—in the novel, a mysterious stranger called Leland Gaunt opens up a shop called Needful Things, stocking antiques, mostly. Little do the townspeople realise that while they do not pay for these objects with money, Gaunt ends up extracting a heavy price from all of his customers. In the 1993 movie version, Gaunt is heavily implied to be Satan himself—something also alluded to by the animated show Rick and Morty, which parodied the novel in a season one episode.

In the show Castle Rock, we are never told what unnamed devastation hit the town years ago (almost as though talking about the devil will make him reappear), but we do understand that this is a collectively traumatised town. We also see the familiar characters we associate with the place, like the retired ex-Sheriff Alan Pangborn (Scott Glenn), who is one of the protagonists of Needful Things.

In deference to America and American TV’s ongoing obsession with cults (How to Be a God in Central Florida, Wild Wild Country, The Path, all in the last few years), the second season follows the machinations of a potentially catastrophic cult that starts to take over Castle Rock. In a touching homage, Sissy Spacek, who played the titular role in De Palma’s Carrie, the first King adaptation of them all, is cast as Ruth Deaver in Castle Rock—the old woman whose dementia becomes a stand-in for the town’s collective amnesia, its failure to acknowledge past mistakes.

Stephen King, it is safe to say, has nothing left to prove as a writer. As one of the most widely read authors alive (perhaps of all time), he can virtually dictate the terms of any potential adaptation, for any movie studio in the world—given this reality, it’s significant that he picks The Outsider, and the character of Holly Gibney as his new favourite (up until now, King had always maintained that Rob Reiner’s 1980s classic Stand by Me was his favourite adaptation). It’s a sign of changing times that a young, preternaturally talented black woman is the centre of the latest King universe—and as the author himself has suggested, he would be open to writing new, made-for-TV adventures for his beloved character. It would be fascinating to see how Gibney negotiates the realities of a second Trump presidency, for example.

But that’s for another day. For now, King fans starved of new material would do well to binge-watch Castle Rock, Mr. Mercedes and The Outsider. 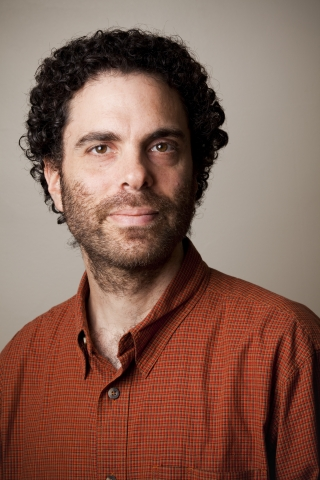 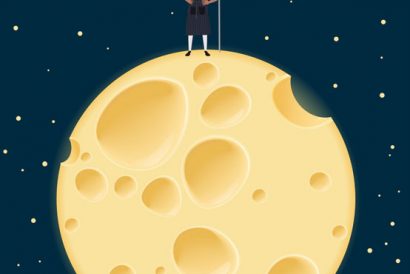 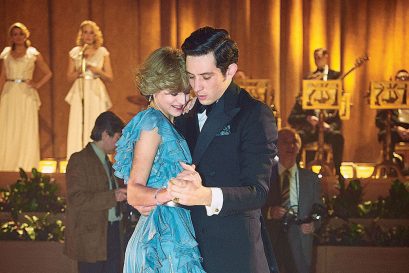