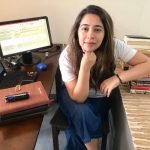 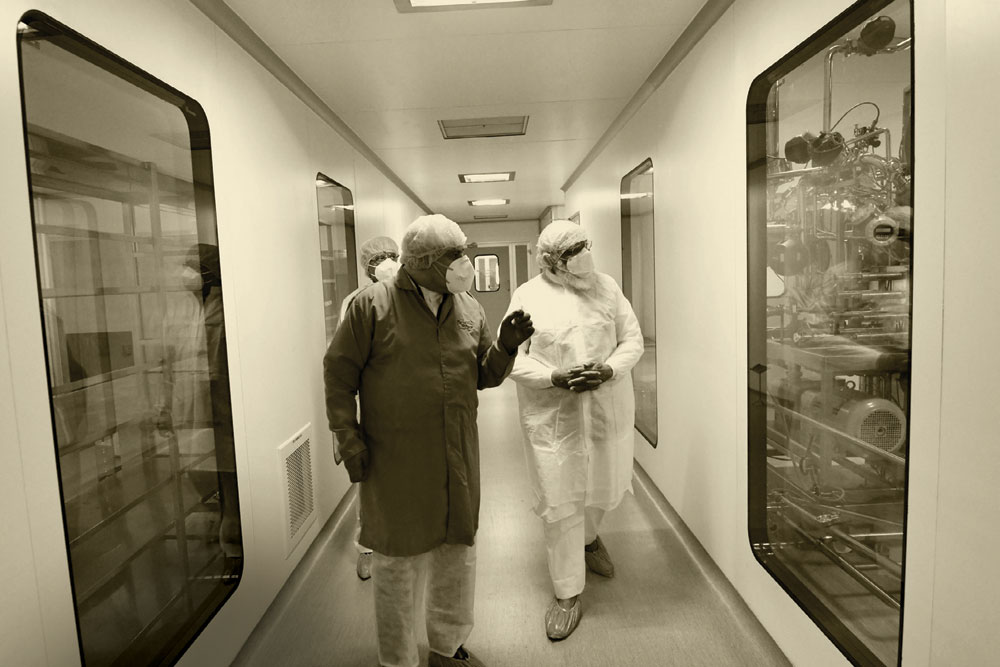 
OVER THE PAST several months, the prime minister had been hearing upbeat news about various Indian vaccine manufacturers and their noteworthy developments in putting India as a frontrunner in the race for COVID-19 vaccines. Now that several of the vaccine candidates were in the final stages of trials, he wanted to personally visit the teams, the scientists and the experts who were about to play a life-changing role in the life of all Indians, and perhaps, even in many other countries around the world. No amount of gratitude and encouragement was enough for these warriors, but he wasn’t one for sitting it out. As a science enthusiast, so much so that he brought the Ministry of Science and Technology under him in the recent Cabinet expansion, he just had to visit these facilities, understand the manufacturing process and see for himself. Both his advisors also point out that he has a knack for sifting through scientific information which is ever-evolving and squeezing out the critical takeaways, a job which they say is a very difficult one for a leader.

There was one other thing occupying the prime minister’s mind, ‘Would a population accustomed over the years to receive and trust foreign-made vaccines be able to accept an Indian one?’ Perhaps his visit to the facilities would also lend authenticity and become a trust-building exercise. India could not afford vaccine hesitancy at this point in time. Ahead of the visit, the PMO had tweeted, ‘As India enters a decisive phase of the fight against COVID-19, PM @narendramodi’s visit to these facilities & discussions with the scientists will help him get a first-hand perspective of the preparations, challenges & roadmap in India’s endeavour to vaccinate its citizens.’

On the morning of 28 November [2020], the prime minister boarded an Indian Air Force (IAF) flight from New Delhi to Ahmedabad followed by a quick chopper ride to his first destination at Zydus Biotech Park in Changodar, Gujarat, to review Zydus Cadila’s candidate ZyCoV-D. He was warmly welcomed by the Patel family following which Chairman Pankaj Patel, his son and joint managing director at Zydus Cadila, Sharvil Patel, and their chief scientist briefed him on the technology platform on which their vaccine was based. If approved, it would be the first DNA plasma vaccine in the world, making a momentous contribution to the scientific community. They also briefed him about how the vaccine which was intradermal would be administered via a painless patch versus a needle syringe. They demonstrated a wide gamut of pharmaceutical products such as anti-viral drugs including remdesivir which they were working on and offering to combat COVID-19. After the briefing, they escorted the PM on a tour of the production unit and demonstrated the nitty-gritty of the manufacturing process for the vaccine. Since it was a packed trip, the PM immediately boarded the chopper back to Ahmedabad airport from where he boarded the IAF plane, had a quick in-flight lunch and took a short car ride after deplaning at Hakimpet IAF airbase, to the Bharat Biotech facility in Genome Valley in the Shameerpet area of Telangana’s capital city Hyderabad.

Reaching the Bharat Biotech facility at about two in the afternoon, he was welcomed by Chairman and Managing Director Krishna Ella, his wife and Joint Managing Director Suchitra Ella and their chief scientist. The team gave him an overview of the company including details on how they had been making rotavirus vaccines and supplying them to low-income countries. They broke their briefing down in four parts.


In the first part, they discussed the roll-out of their current vaccine candidate, Covaxin, jointly developed by ICMR, which was based on an inactivated virus. The second part that they discussed was the development, trial and approval of their nasal vaccine. They were very hopeful about this vaccine as it would provide sterilizing immunity. To understand what that meant, let’s bring in some scientific context here. The COVID-19 virus is known to heavily target cells in the lungs. When a standard vaccine is administered, it first enters the lungs after which, depending on the technology, generates an immune response. Although they effectively prevent severe disease and death, offering substantial protection against the virus, they are not 100 per cent effective at blocking infection from entering your body. However, in the case of an intra-nasal vaccine, it would target the nasal mucosal cells offering a big boost of immunity to your upper respiratory tract and the lungs. This would mean that not only would you not get infected since your upper respiratory tract would be protected, but you also wouldn’t be able to infect others. Intra-nasal vaccines may offer significantly better protection also because they closely mimic the way the virus naturally infects humans, i.e., through the mucosal membranes of the nose and upper airways.

Mr Ella informed PM Modi that due to the limited case studies and requirements in the past, the testing protocols for such a vaccine weren’t robust. He requested support from the GoI and the MoHFW to expedite these procedural requirements, so as to speed up testing and development of their nasal vaccine candidate. (Six months on, by August 2021, they had already entered Phase II trials and were hopeful of robust data on the vaccines’ safety and efficacy.)

The third component of their discussion was about production capacity constraints at their Genome Valley facility, which was capable of producing only about one crore doses per month. They informed the prime minister of their Bangalore facility, which could be repurposed to make about four to five crore doses per month and also requested for quick approvals and assistance so that production could be ramped up in time. In addition, they discussed with the prime minister a larger production augmentation plan which would include transferring technology and upgrading various public-sector manufacturers in order to achieve scale. With this information provided to the prime minister, it became clear that while they would be able to produce a large number of doses in 2021, the production would be pointedly back loaded wherein a disproportionately large number of doses would be produced in the latter half of the year. (Since then, a lot of action has taken place: inter-ministerial teams have visited them and more capacity building exercises have been carried out where four more manufacturers were onboarded.) Within the next five months, INR 65 crore was provided by the GoI to Bharat Biotech to augment their Bangalore facility. Haffkine Biopharmaceutical Corporation Ltd in Mumbai was provided INR 65 crore to build capacity to produce two crore doses a month when functional. Indian Immunologicals Limited in Hyderabad was also provided INR 60 crore and Bharat Immunologicals and Biologicals Limited was supported with a grant of INR 30 crore to manufacture about 1.5 crore doses per month. In addition, Gujarat Biotechnology Research Centre tied up with Hester Biosciences and Omnibrx acquired technology from Bharat Biotech to produce about two crore doses per month.

THE PRIME MINISTER spent some time with the entire team of scientists at Bharat Biotech since they were quite enthusiastic to meet him and took a tour of the facility where he was explained the step-by-step production process. By 4.00 p.m., he left the facility—greeting the enthusiastic crowd that had gathered outside to see him—for Hakimpet airbase, from where he was scheduled to fly to Pune.

By 5.15 p.m., the prime minister had arrived at the Pune airbase, from where he boarded a chopper to make way to the manufacturing facility of the SII, covering a distance of about 10 kilometres. At SII, he was greeted by Chairman Cyrus Poonawalla, his son and CEO Adar Poonawalla and Adar’s wife and executive director, Natasha Poonawalla. After being given a tour of the facility, the team expressed its confidence in ensuring adequate supplies and how it was looking forward to rising to the occasion to supply vaccines to India and the world. By November, SII had stockpiled about four crore doses, confident of Phase III trials yielding positive data and had majorly augmented their production unit with an ability to produce over 40 crore doses by July 2021. In an effort to assist SII to further ramp up production, the prime minister committed to provide advance funding to the tune of INR 1,200 crore for about six crore doses. Mr Adar Poonawalla later confirmed, ‘I used these funds to further ramp up my infrastructure and purchase raw materials and machines at a premium cost, so that India could receive the vaccines in the shortest possible time.’ By the time the meeting concluded, the prime minister had spent more time than was scheduled on his three-city visit. Unfortunately, due to take-off restrictions around sunset and delay in his schedule, he couldn’t board the chopper and had to make the journey back to the airbase from where he was scheduled to fly back to New Delhi by car, taking much longer than planned.

In the case of all the three companies, in response to requests for assistance in timely regulatory approvals, the prime minister made it abundantly clear to them, ‘We are in the midst of a once-in-a-century pandemic. The GoI will ensure that there is no red-tape and no hold-up due to delay in bureaucratic processes. The government rather will work with you as a facilitator to quicken the process so that safe and effective vaccines can get to the people in the shortest amount of time possible.’

As the prime minister’s visit concluded, the PMO sent out an official release highlighting his experience, “The scientists expressed joy that the Prime Minister met them face to face in order to boost their morale and help accelerate their efforts at this critical juncture in the vaccine development journey. He expressed pride in the fact that India’s indigenous vaccine development has progressed at such a rapid pace so far. He spoke on how India is following sound principles of science in the entire journey of vaccine development, while also asking for suggestions to make the vaccine distribution process better. The Prime Minister stressed that India considers vaccines as not only vital to good health but also as a global good, and it is India’s duty to assist other countries, including the nations in our neighbourhood, in the collective fight against the virus.”