The State of Crime

We might not know the real state of crime in India, but it is much more than what the report shows 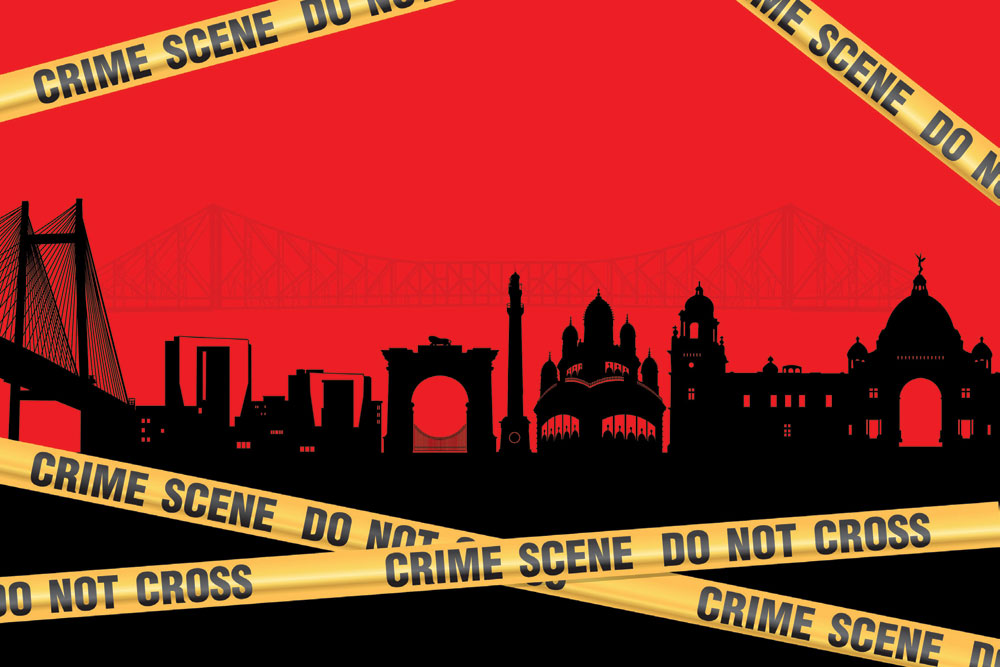 
THERE WAS A TIME when Kolkata was mentioned in the same breath as Mumbai and Delhi in most respects. After liberalisation, while Mumbai and Delhi hung on to their primacy, other cities like Chennai, Bengaluru and Hyderabad exploited the new energies that had been unleashed. Kolkata, in large part due to the long Communist rule, had missed the bus. But, as the National Crime Records Bureau recently released its report that gave an overview of the status of crime in India, there was one striking feature that puts Kolkata over every other big city in India. It is the safest one and, that too, by an extraordinary distance.

In almost every major category of crime, Kolkata had the lowest number of recorded incidents. Take murders. Delhi had 454 and Mumbai 152 murders. How much was it for Kolkata? Just 45. When it came to thefts, Kolkata had 1,246. Mumbai was 7,820, over six times. The difference is even starker when it comes to rapes. Delhi led with 1,226 rapes. Mumbai was much better at 364 and even Bengaluru was at 117. Again, what did Kolkata clock? Just 11.

The NCRB report is titled ‘Crime in India 2021’, and so it is what transpired the previous year. But Kolkata’s ability to keep the numbers low wasn’t just a one-off. It has been able to manage this the previous years too. There are some caveats though. What the NCRB report shows is only reported numbers. The police in India, cutting across states, have a long history of keeping crime low by keeping the reporting low. Police stations often refuse to file cases if they can do so, and what is not a record is not in the statistics. In Kolkata’s case, some argue that this is how they have managed to show such excellent numbers. A Press Trust of India report said: “Experts, however, expressed apprehension over Kolkata’s dwindling crime numbers in the report. ‘This data seems to be quite absurd. There is clearly suppression of facts on the part of the state government,’ claimed Ruby Sain, former head of the Department of Sociology and coordinator of the Centre for the Study of Religion and Society at Jadavpur University…. emeritus professor of Sociology, Presidency College, Prasanta Ray, also echoed Sain’s views, and said there has been ‘suppression of facts by the state government, leading to a glorified picture for West Bengal’.” On the other hand, Kolkata Police say this is a result of effort and training.

An interesting element of the NCRB report was the impact of Covid on crime. The year before, 2020, because of the extreme lockdown, major crimes had drastically fallen since the avenues for them had become limited. But by 2021, the reversion to mean was happening again. Rapes, kidnappings, and murders all showed an increase. The Hindu noted: “The number of registered rape cases increased from 28,046 in 2020 to 31,677 in 2021, closer to the 2019 figure of 32,032 cases. Cases related to kidnapping and abduction fell to 84,805 in 2020 from 1,05,036 cases in 2019 but again rose to 1,01,707 in 2021. On the other hand, murder cases continued their consistent increase with 29,272 cases in 2021, up from 29,193 in 2020 and 28,915 in 2019.” The total number of cognisable offences curiously decreased, but this was because, in 2020, lockdown violations formed a major chunk of these offences. It added: “The decline in overall crimes in 2021 can be attributed to a sharp decrease in cases registered under ‘disobedience to order duly promulgated by a public servant (Section 188 of IPC).’ Such cases were registered mainly over violations of COVID-19 norms.”

A disturbing feature of the findings was that crimes against women and children had both seen an uptick. In 2020, there had been 3.71 lakh cases of crimes against women; by the next year, it had become 4.28 lakh, an increase of 15 per cent. The NCRB report said: “Majority of cases under crime against women under IPC were registered under ‘Cruelty by Husband or His Relatives’ (31.8%) followed by ‘Assault on Women with Intent to Outrage her Modesty’ (20.8%), ‘Kidnapping & Abduction of Women’ (17.6%) and ‘Rape’ (7.4%). The crime rate registered per lakh women population is 64.5 in 2021 in comparison with 56.5 in 2020.”


Kolkata’s ability to keep the numbers low wasn’t just a one-off. It has been able to manage this the previous years too. There are some caveats though. What the NCRB report shows is only reported numbers. The police in India, cutting across states, have a long history of keeping crime low by keeping the reporting low

There was a similar increase in crimes against children, too, which shot up by 16.2 per cent from 1.28 lakh cases in 2020 to 1.49 lakh cases in 2021. The major crimes against children were kidnapping and sexual abuse. Crimes against senior citizens, too, saw an increase though it wasn’t as much as against children and women. “A total of 26,110 cases were registered for committing crime against Senior Citizens (aged above 60 years), showing an increase of 5.3% in registration over 2020 (24,794 cases). Crime head-wise cases revealed that simple hurt with 28.3% (7,396 cases) formed the highest chunk of cases of crimes against Senior Citizens followed by Theft with 13.5% (3,531 cases) and FCF (Forgery, Cheating & Fraud) with 11.3% (2,948 cases) during 2021,” said the NCRB report.

There was also some insight into crimes that get high media traction. Like sedition, over which there has been a longstanding debate questioning its existence as a crime. In May, the Supreme Court, while not removing it, had put a halt to its usage till they made a decision. It was a law that had been prone to misuse and one bequeathed by Britain when India was its colony as an instrument to stave off political resistance. The NCRB report states that in 2021, there were only 76 sedition cases registered, a negligible number that would have been ignored if not for this section attracting widespread notice in civil society.

Another trend that the report highlights is an increase in cyber crimes: It notes: “A total of 52,974 cases were registered under Cyber Crimes, showing an increase of 5.9% in registration over 2020 (50,035 cases). The crime rate under this category increased from 3.7 (per lakh population) in 2020 to 3.9 in 2021. During 2021, 60.8% of cyber-crime cases registered were for the motive of fraud (32,230 out of 52,974 cases) followed by sexual exploitation with 8.6% (4,555 cases) and extortion with 5.4% (2,883 cases).” Not unsurprisingly, given how the city is a centre for information technology, Bengaluru found some infamy on this front. Of all the cases of identity thefts in metropolitan cities, Bengaluru accounted for a whopping 72 per cent.

How exact is the picture of crime in India from what the NCRB has collated is difficult to know. In the absence of anything else which is as comprehensive, this is the only data to go by. But the NCRB themselves admit there are limitations. These are mostly on the side of under-reporting. We might not know the real state of crime in India, but it is much more than what the report shows.