The Politics of Caste Census

What Modi has done over time, especially by providing public goods that were earlier local in nature, is to greatly weaken the salience of caste-based politics 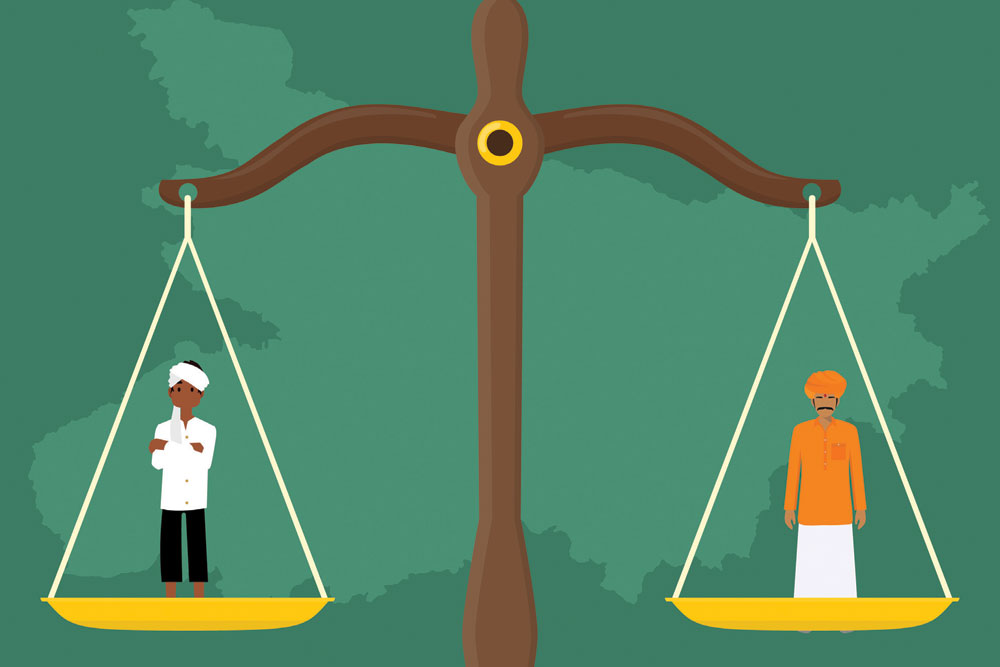 
THERE HAS TO be something special about an issue that bitter rivals like Bihar Chief Minister Nitish Kumar and Tejashwi Yadav, the leader of the Rashtriya Janata Dal (RJD), can get together and ask Prime Minister Narendra Modi to take “an appropriate decision”. In the last two days, there have been scores of opeds and views on why India must organise a caste-based enumeration this year. If that happens, it will be the first time since 1931 that caste will be counted in such an exercise.

“Our delegation met the prime minister today not only for caste census in the state…but in the entire country. If animals and trees can be counted, so can people…a caste census will be a historic, pro-poor measure,” Yadav was reported to have said after the meeting on August 23rd morning.
The meeting, which took place one month and 17 days after a major reshuffle in the Union Council of Ministers, is intricately linked to the politics of wooing Other Backward Classes (OBCs). In the reshuffle on July 7th, Modi inducted a large number of OBC members of Parliament, numerically tilting the balance of representation in the ministry in favour of underprivileged communities. This is the first time since Independence that a majority in the Union Council of Ministers is from these communities.

The urging of the Bihar politicians for a caste enumeration should be seen as an action and reaction sequence to what happened on July 7th.

Since the late 1980s, when coalitions became inevitable at the Centre, the “division of favour” has been fairly clear: national parties like Congress and BJP manage to attract the so-called forward castes along with slices of their vote banks in underprivileged communities. The bulk of the OBC votes tended to go to regional parties, especially in the Hindi heartland. These parties then became indispensable if a government had to be formed, let alone run smoothly, at the Centre. 2014 broke away from this trend with BJP managing to get a substantial chunk of the OBC and Dalit votes, bestowing a degree of freedom from the clutches of regional parties that it had not experienced before. The relative insignificance of Nitish Kumar and other Hindi heartland politicians dates to this development.

The demand for caste enumeration is their response to Modi’s politics of OBC empowerment. In a sense, this was bound to happen in one form or another as their political survival is at stake. What Modi has done over time, especially by providing public goods that were earlier local in nature, is to greatly weaken the salience of caste-based politics. Income support for farmers, direct transfer of benefits and undercutting of parasitical layers in the flow of benefits undermined caste politics. While it will be a stretch to say that sort of politics has weakened beyond a point of no return, its salience has gone down over time. Instead of caste, religious identity and nationalism became the focal points of political aggregation.

The calculation is simple from the perspective of these caste-based parties. In case a caste enumeration does take place, the next step will be to demand a “fair share” of resources—jobs, benefits, access to educational institutions—for these castes, in proportion to their numerical weight in the population. The next step will be the demand for a higher level of reservation by breaching the 50 per cent mark set by the Supreme Court. This supposedly has the potential to put BJP in a spot as the so-called forward castes—now a mere residue of what remains after affirmative action—will then begin rethinking their support to the party. These caste-based parties reckon that such demands will keep them afloat for another two to three political cycles.

The other way to look at the demand for caste enumeration is exhaustion of the social justice idea and its associated politics. This is especially true in Uttar Pradesh (UP) where the non-BJP parties have not been able to create an alternative idiom of progress. It is peculiar that their notion of development rests on redistributing and rearranging a shrinking pie—government jobs—instead of pushing economic growth that will enable higher incomes and more taxable resources for these states. Of all the so-called BIMARU states, only Bihar has seen virtually no movement in developmental indicators. All other states, especially Rajasthan and Madhya Pradesh, have charted a different course. Higher investments coupled with an emphasis on education are finally showing results. In UP, too, that is changing with an extraordinarily strong emphasis on infrastructure development. But Bihar remains mired in a “social justice” view of politics. It is too late in the life of these parties to change their outlook.

To be fair, Kumar did try to escape the situation by building a rainbow coalition in Bihar. That gave him relative autonomy to fix pressing issues like law and order and think about investment for economic growth. But in the end, he could not attain the escape velocity from such politics. Now, he is back in caste politics with a vengeance.

What will be BJP’s counter to this sort of politics? It is hard to foretell what will transpire in the next three years. Regional parties like JDU, RJD and the assortment of other parties in Bihar and UP assume that results of the enumeration will become available by 2024 and the next election can then be contested by demanding more affirmative action—perhaps even in the private sector—and weakening BJP. BJP can craft a “mixed strategy” in response. For one, it will quietly continue with its empowerment drive for underprivileged communities; for another, the demand for an “appropriate decision” can be met at an “appropriate time” to ensure that these parties don’t gain political mileage. The ultimate weapon against these blunt demands is a mix of quiet empowerment—filling up jobs that remain open, flow of resources and more—and ratcheting up nationalism. That way everyone will remain hitched to BJP. It is worth noting that BJP uses the nationalism plank very sparingly, largely focusing on development. That is understandable as one cannot “sell” nationalism unless development at the bottom of the pyramid picks up sufficiently.

The episode is also a grim reminder about why India cannot acquire a politics that is based on governance and economic performance. In the set of politicians and political parties the subset that champions these modern forms of politics is virtually a null set. The handful of politicians who do want to go in a positive direction can be easily overpowered by saying that such politics caters to elite sections of society. The reality is that the elite don’t need any politics of governance and economic growth. It is the poor and the poorest, in fact, that need education, work and jobs. That is only possible through focusing on investment and growth. It is the second-order effects of countering politics based on caste that mess up Indian politics. The answer to that lies in re-distribution (code-worded as “appropriate decision”) without letting caste politics gather prominence. One way to do that is by championing an ideology based on economic performance and nationalism.