The industry needs to use this period to introspect, to see what the post-Covid-lockdown audience wants to watch 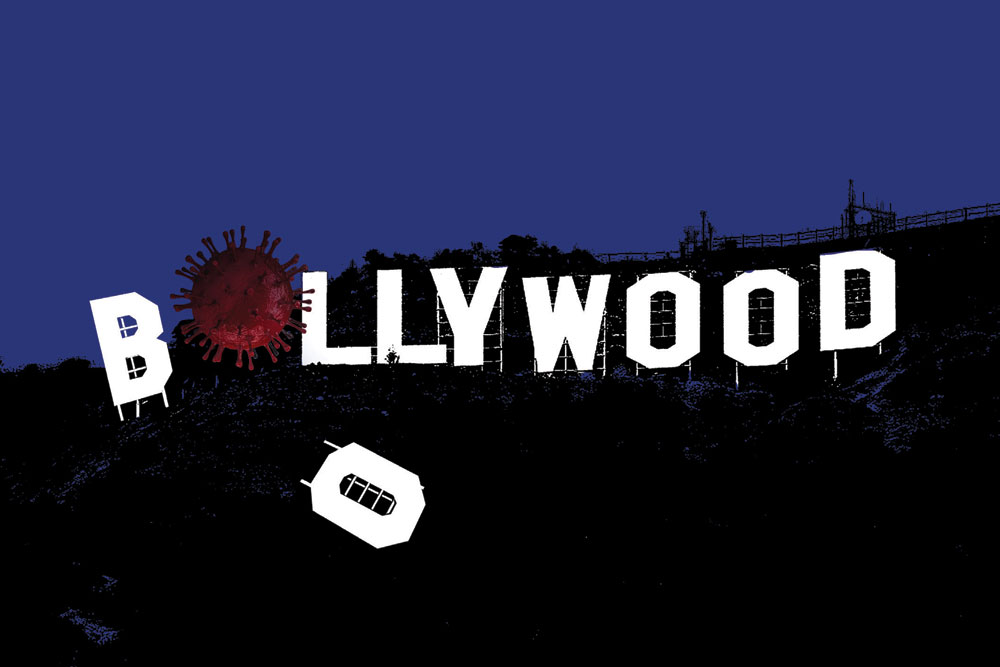 
HE’S THE LAST MAN standing. Even as the star-studded Sooryavanshi has delayed its release yet again, Salman Khan is yet to formally declare a change in the Eid release of Radhe: Your Most Wanted Bhai. Slated for a release on May 14th, with night curfew and weekend lockdown on in Maharashtra, it may well be postponed to the next Eid, he said in a conversation with Kabir Bedi. It will spark a slide that puts Bollywood back to where it was in May 2020, with the added disadvantage of the movies now being more than a year old.

A series of actors going down with Covid-19, expensive film shoots being deferred as a result and big wannabe blockbusters being delayed yet again: Bollywood is suffering from the effects of Covid 2.0. This time, a Band-Aid won’t do. Surgery is required. And that will mean a whole new way of measuring box-office revenue, defining stardom and telling stories.

Shibasish Sarkar, Group CEO of Reliance Entertainment, says the second wave of Covid will be “backbreaking”, especially for the exhibition industry and the content creators. “All film releases will now get pushed back ever further, as unless the situation is back to normal, audiences won’t come to cinemas and the government won’t allow halls to open,” says Sarkar. It’s wait-and-watch for the industry again.

Even if the curfew is lifted and theatres return to 50 per cent occupancy, a new barometer for box-office returns will be needed. Movies such as Roohi and Mumbai Saga, which released during the pandemic in March, made Rs 22 crore and Rs 12 crore, respectively. Estimates suggest that these movies, with 100 per cent theatre occupancy, would have collected five times more. Many were—and still are—waiting for the release of Radhe. The box-office revenue it makes will become the new standard, the Rs 50-crore club replacing the Rs 100-crore club.

The fear of Covid is now deeply instilled among audiences and it will take at least till 2022, when there is wider vaccination, for confidence to return among moviegoers. Media analyst Karan Taurani believes night curfew and weekend lockdowns in Maharashtra are bad for the industry as weekend occupancies on average were at 60 per cent pan-India and night shows even higher than that. The consistent delay of large film releases is also a dampener as the industry has already missed out on festive tentpole dates like Republic Day, Holi, Good Friday and, most probably, Eid too—that’s when families step out in large numbers and are in the mood to spend on movies, and food and beverages.

Maharashtra is part of what film distributors call the ‘Bombay circuit’, the film distribution territory comprising most of Maharashtra, Gujarat, Goa and parts of Karnataka. It’s the richest in the country, accounting for a third of nationwide gross revenues. The box-office erosion is likely to continue for two years. Shoots and films are likely to become more expensive, with the waiting period adding to the cost. Daily wages and workers will suffer if shoots shut down. Already a series of major stars have tested positive for Covid, delaying several films. Akshay Kumar was shooting Ram Setu, Amazon India’s first Indian film co-production, in Madh Island when he was laid low by Covid. He has a backlog of three films: Sooryavanshi; Bell Bottom, a spy thriller that was the first film to be shot after the Covid lockdown was lifted last year; and Bachchan Pandey, filmed at one go at one of his favourite shooting spots, Suryagarh in Jaisalmer, Rajasthan. As one of Bollywood’s busiest actors, a lot depends on Akshay Kumar’s wellbeing.

Ranbir Kapoor’s diagnosis means a further delay in Brahmastra, a mammoth production that has now been shooting since January 2018. Shamshera, his other release this year, may also be delayed. Ranveer Singh’s 83 and Jayeshbhai Jordaar are ready for release, as are Jhund and Chehre for Amitabh Bachchan (who has a major role in Brahmastra as well). On a lighter note, if there was any doubt about certain relationships in Bollywood, these have been dispelled by Covid. Ranbir’s diagnosis was almost immediately followed by Alia Bhatt testing positive for Covid, and so it was for another couple, Vicky Kaushal and Katrina Kaif.

Some stars have already gone off social media, among them Amit Sadh, who said he did not feel comfortable posting about his privileged life while the virus was waging war on people. But all is not doom and gloom. Shoots outside Maharashtra are continuing, and small films which cannot afford to wait any longer will soon be appearing on streaming platforms, which means more variety for viewers.

What of theatres, once a place where we went to watch movies—the bigger, the better? The big chains, PVR and INOX, have enough funding right now to stave off an immediate crisis, but the advantage clearly lies with producers rather than exhibitors this time. Producers who have shown patience and perseverance, believing in the magic of the big-screen experience, will be rewarded with a larger share of the revenue. Before the weekend lockdown and night curfew, Sooryavanshi had demanded 65 per cent share of the revenue in the first week and exhibitors had refused to bend beyond 56-57 per cent for the first week. This time, says Taurani, producers have greater bargaining power, as theatres are desperate for new content.

There’s a lot that is pending apart from Akshay Kumar’s Sooryavanshi and Salman Khan’s Radhe. There’s Kangana Ranaut’s Thalaivi and John Abraham’s Satyameva Jayate 2. In the West, big movies such as Fast and Furious 9 and No Time to Die have been delayed several times. In the case of No Time to Die, it meant refusing an offer of $600 million from Netflix in the hope that enough people will want to come to theatres to watch Daniel Craig play James Bond one last time.

The industry needs to use this period to introspect, to see what the post-Covid-lockdown audience wants to watch. It needs to be fresh and bold in its storytelling. So far, it has been surviving on the tried and tested—the Khan superpowers, the nationalistic movies upheld by Akshay Kumar and Ajay Devgn, and the socially useful movies of Ayushmann Khurrana.

The crisis may well be an opportunity to find new stories or fresh ways to tell old tales. That’s when the magic of big-screen movies will return.