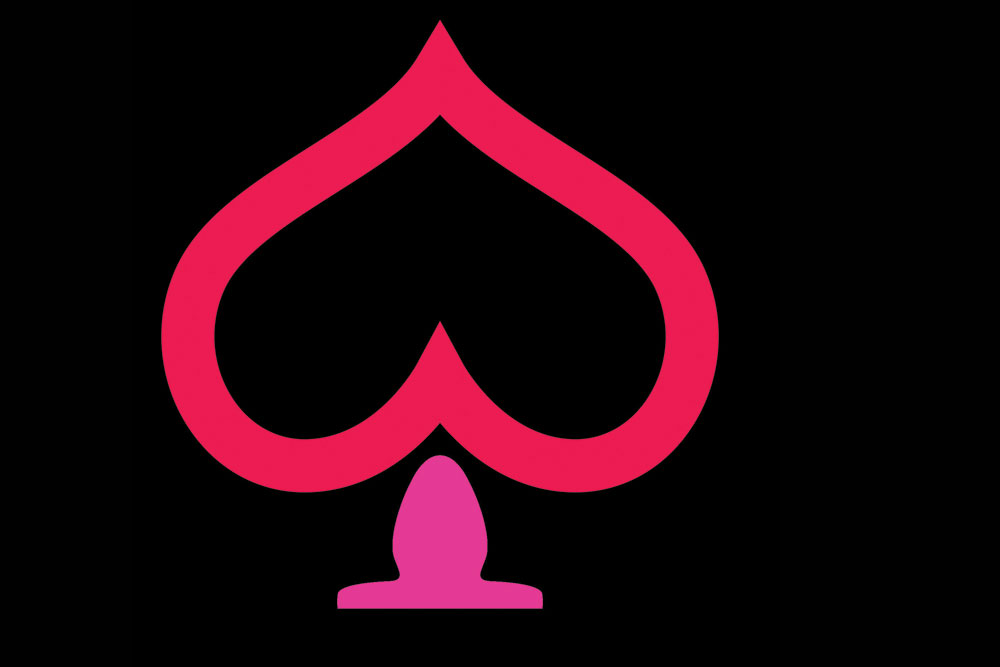 Rahber Nazir, among the earlier online sex toy entrepreneurs in India who launched Kaamastra in 2013, says men have always constituted the bulk of the buyers for sex toys. “We would see, maybe at most, like 25 per cent female buyers,” he says.

But this has changed now. Even as anecdotally more individuals overall now log in to place orders for their risqué needs—with the online sexual wellness industry shooting up, according to some estimates, from a ` 1,000 crore ($161 million) market in 2014 to an estimated ` 8,700 crore ($1.4 billion) market last year—the number of women among them has shot up dramatically. “Today, about 50 per cent of my customers are women. That’s how big it has become,” Nazir says. And with women on an average outspending men per order at these online stores (at Kaamastra, women outspend men by anywhere between 25 to 30 per cent for an average order), they are also far more valuable.

The restrictions on female desire, or at least the unspoken restrictions on discussing it, at least in certain circles, is increasingly being challenged. Female sexuality is out there more open than at any time in the recent past. From films such as Lust Stories (2018) and Veere Di Wedding (2018), where their female protagonists lean on what one character describes as “the best husband ever” to alleviate their dull sexual lives, to the explosion online of social media influencers who are breaking taboos around discussions on female desire one Instagram reel and meme at a time, the topic of a woman’s sexuality is increasingly being drawn out of the hushed tones it was spoken in, and out into the open. “There is more acceptability and openness around the topic of female sexuality,” says Vikas Bagaria, the founder and CEO of Pee Safe, a female hygiene brand that has recently also begun tapping into the female sexual wellness market.

The Indian market is now awash with sexual wellness and health products that target women, whether these are fancy sex toys and lubes or something as basic as contraceptives aimed at women. It isn’t just that women are buying more of these products, they are doing it in ways that are making these product manufacturers more attuned to women’s needs, from products that are believed to be less harmful to women to doing away with the pornographic images on their packaging. Many of these sexual businesses are unsurprisingly run by women.

“Not only [sexual wellness] products but also the communication and representation in media and pop culture was very male-centric,” says Sachee Malhotra, the Delhi-based founder of the sexual wellness startup That Sassy Thing. “It is not just about products, but representation and a culture that is harmful for women too. This was a category crowded by men, talking to men and making products for men.” 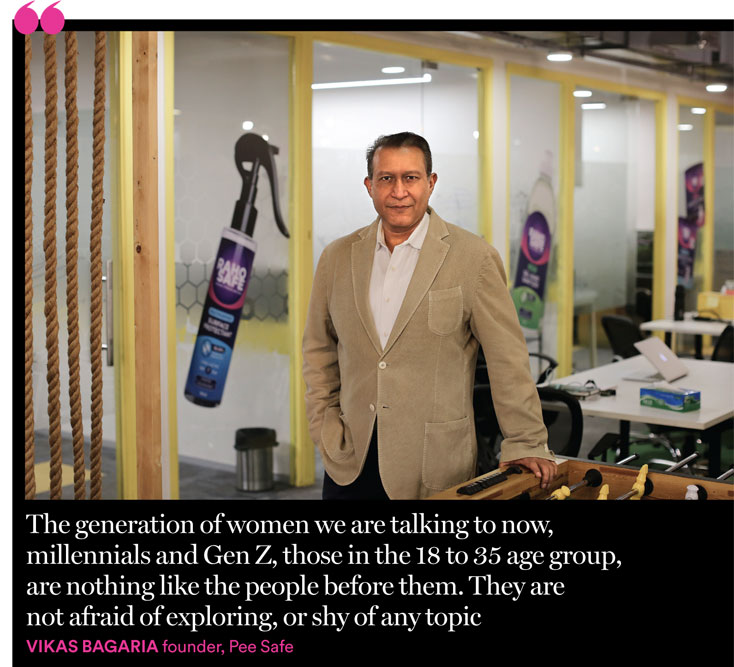 Malhotra first became interested in establishing a brand that would take a more female-oriented view on sexual wellness products when the lubricants she was using personally made her experience bad rashes. Lubes are essential in making solo and partnered sex more comfortable and pleasurable, she says, but most are terrible for women because the added sugar and glycerine can cause itches and infections. Also, the experience is so messy, she says, that women feel the need to take a long shower to get the disgusting strawberry stickiness off. “A lot of us also don’t want our ‘huhas’ to smell like strawberries,” she says.

Malhotra’s startup provides a variety of sexual wellness products, from lubes made from natural ingredients that don’t throw off vaginal pH levels and don’t contain what she calls “nasties” to pubic hair oils and even underwear detergents. Her startup, with its motto “you do you, or whoever else you want to”, wants to make talking about female sexuality fun and less intimidating. As a sexual wellness entrepreneur, she sees her role not just as one who manufactures products that keep women in mind, but also one that tries to break the insecurities that many others in this category push on to women. “There are a lot of sexual wellness brands led by men making products that feed women’s insecurities [think vaginal and butt lightening and tightening creams]. This sends out a message that we as women with real bodies are lacking, and need to resort to such problematic products to have better looking [read white and tight] genitals in order to ‘fix ourselves’,” she says.

Some of this conversation on creating products that put female consumers at the centre of their focus is also leading to the redesigning of long existing products, such as the condom. Two years ago, Komal Baldwa launched India’s first range of vegan condoms through her startup Bleu (condoms are made of latex, but many contain an animal byproduct called casein). Her condoms are meant to be worn by men, but their target audience is women.

“Why shouldn’t women be part of the conversation?” Baldwa asks. “Women have been underserved by this market. Just look at the ads. It is all about men and their pleasure. No one talks to the women. Sure, men should have their pleasure. But what about women? Aren’t they an equal part of the sexual act?”

The lube in Baldwa’s vegan condoms is free from ingredients such as parabens, glycerine, artificial flavours and benzocaine, which it is believed bring discomfort and infections to some women. Baldwa herself has had a long history of experiencing such discomforts. When she would consult gynaecologists, she would find them dismissive, one of them suggesting that the discomfort was psychological and the result of homesickness (she had moved to Hyderabad from Kolkata after her marriage) and another advising her to stop using them and have children instead. “It’s how the society is,” she says. “It [women’s sexual wellness] is the white elephant in the room that all of us have put inside the cupboard.”

It was only after she researched and began talking to other women that she realised, she says, that the rashes and frequent urinary tract infections she suffered were from the chemical residue being left behind by condoms. There is no comprehensive data that shows how many women suffer from such side effects while using condoms, although it is claimed that many do. When she found the vegan condoms she imported for herself helped, sensing a business possibility and the opportunity to start a conversation about female sexual wellness, she tied up with a manufacturer to produce a new range of women-friendly condoms.

There are also other ways in which these products differ from those currently in the market. Unlike most condoms, for instance, which come in almost porn-like packaging, Bleu’s packaging is simple and discreet. Even at That Sassy Thing, its lubes do not come in a phallic-shaped bottle, like many others.

A woman running a sexual wellness company aimed at women taking control of their sex lives, however, isn’t an easy proposition. Baldwa found several condom manufacturers uncomfortable working with a woman. Even her social media accounts, where she helps answer queries about sexual wellness from women, is often bombarded with lewd comments from men. Malhotra would frequently get obscene photos on her Facebook Messenger when she worked at another sexual wellness brand back in 2013, and even now, the startup’s Instagram account is often inundated with video call requests and lewd messages. Like Baldwa, Malhotra found manufacturers condescending and unwilling to work with her, and even when they agreed, they would ask her husband to do calls on her behalf. Many were also unwilling to make products according to her vision. “They would always say things like ‘let’s add 0.001 per cent of chemical x or flavour y or fragrance z’ or the ‘mood won’t set in’,” she says. “Patriarchy is so deep-rooted that a lube hadn’t been thought of from a vulva owner’s perspective in India.”

In the sexual wellness category, Pee Safe currently sells massagers and kegel balls (while they might be medical devices used to strengthen vaginal and pelvic muscles, they also enjoy an afterhours use where they go by nicknames like pleasure balls); they plan to introduce more products in this category. Late last year, the growth in this industry also got them to introduce a product that was once being hailed as revolutionary as the birth control pill to women, but had failed to take off: the female condom.

Over the years, a few companies such as HLL Lifecare Ltd (then Hindustan Latex Ltd) and a condom manufacturer called Cupid Limited tried to introduce this product to the Indian market, but failed to find many takers. Cupid ships most of its female condoms to African countries now, of which a large part is used by sex workers, and sells just a handful in India. Unable to find much traction among independent urban women, HLL Lifecare’s female condom, called Velvet, was later targeted more towards sex workers, but even here, it was a difficult sell. The product was reintroduced a few years ago, but has failed to see big sales. “It is not an easy product to sell. We have to overcome our biases against women assuming control over their sexuality,” HLL Lifecare’s then director (technical and operations) Dr KRS Krishnan had told Open in an earlier interview.

One of the chief reasons for its failure, at least in India, pointed to women, the demography the female condom was meant to benefit the most, being lukewarm towards it.

But, according to Bagaria, this has changed now. “The market has changed radically in the last couple of years,” he says. “The product might not have worked earlier. But the generation of women we are talking to now, millennials and Gen Z, those in the 18 to 35 age group, are nothing like the people before them. They are not afraid of exploring, or shy of any topic.” Since the launch of the female condom, called Domina, late last year, they have already sold over one million pieces so far. According to Bagaria, the pandemic has been something of a blessing in disguise, with the growth of OTT platforms with content that often depicts female desire and the emergence of female social media influencers who openly talk about female sexuality.

Bagaria points to the benefits of the female condom over the male one. Women are more empowered, he says. And since it can be worn for up to eight hours, there is none of the unavoidable and sometimes unpleasant interruption, where all proceedings are brought to a halt until the contraceptive is found and worn.

Jokes, however, continue to come his way. People sometimes tell him that the female condom looks too short in length, and often, that it looks weird. “Eighty per cent of couples do it with the lights off. If it looks weird, I tell them, ‘Switch off the lights’. ”