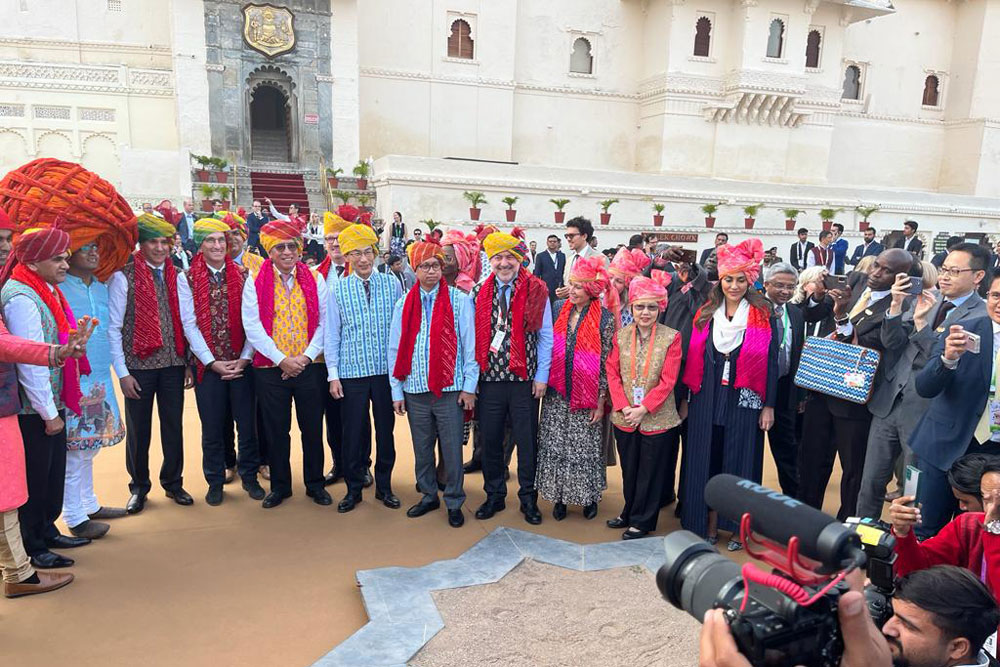 
Key global concerns over food security, trade and anti-corruption actions against economic offenders will be discussed by the G20 sherpas here on Tuesday as the grouping seeks to frame the working points of India’s presidency.

A busy day awaited the sherpas and officials who reached the Fateh Prakash Palace around 8.45 am with an array of subjects ranging from role of international institutions in the 21st century, economic crime and return of stolen cultural artifacts, use of ICT in public services, reform of WTO, role of MSMEs in global trade, promotion of women leadership and tourism on the table.

The discussions, which will see short interventions from participants including international institutions, are intended to deliver impetus for the sectoral working groups and result in concrete measures on issues like credit and supply chains that will help stabilize the global economy and most crucially assist developing countries hit hard by rising costs of food and energy.


The theme of technology runs through most discussions with India, represented by its sherpa Amitabh Kant, focussing on digital interventions in boosting tourism and start ups besides its use in governance and information sharing.

Sustainable financing for social security, an urgent concern in the light of the stress on most economies, will be discussed with a focus on gig and platform economy. The discussions between various nations and groupings on building resilient supply chains in the wake of the Pandemic is high on the agenda.

The climate change theme runs through areas like tourism as well where the meeting will look at sustainable practices and low carbon options in an area that provides livelihoods in many nations. Arresting land degradation and. accelerating ecosystem restoration is also up for discussion. Some of the talks will take place in “bilateral rooms” where consensus on precise formulations are arrived at.

To this end, the areas that are connected to job creation are of interest to all delegates and start ups, MSMEs and the gig economy are expected to generate considerable traction.