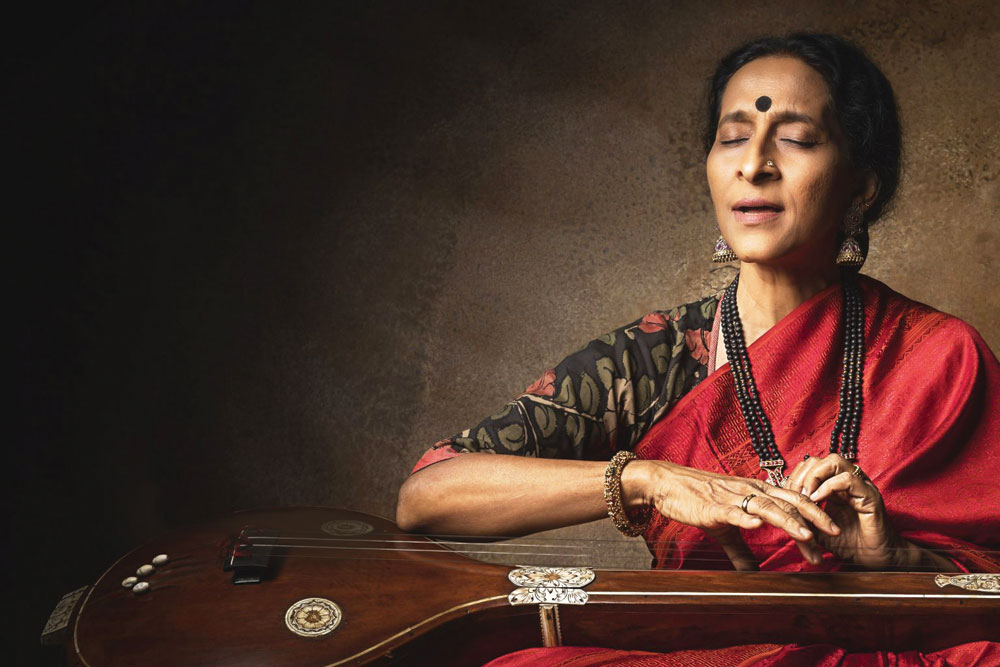 
IN DECEMBER 2018, over a working lunch, Deepthi Bhaskar and Akash Narendran—musicians and co-founders of Bengaluru-based theatre group, citylamps, talked at length about lullabies. They swooned over the fantastical quality of lullabies and wondered why people didn’t sing lullabies more, why didn’t lullabies, for instance, hold fort exclusively at a concert? That conversation stayed with them for days and in less than a week, Bhaskar and Narendran were busy locating lullabies from across geographies and languages in India, and creating a setlist under an umbrella project they call, Songs of Sleep. In 2019, to an intimate audience at Bengaluru’s My Bodhi Tree, the duo performed its first Songs of Sleep setlist; in a concert perhaps like no other, audiences were invited to relax and were at liberty to stretch out, and sleep, if they so desired.

In 2003, classical musician and playback singer, Bombay Jayashri Ramnath, released a collection of seven traditional lullabies called Vatsalyam. Literally meaning ‘affection’ in Sanskrit, Vatsalyam continues to be the go-to playlist for parents as they sing their newborns and toddlers to sleep.
Last August, as Jayashri and her son, also an upcoming musician, Amrit brainstormed ideas and projects in music, Amrit suggested the possibility of a digital re-creation of the Vatsalyam idea. The result of that was Moon Child, a year-long project where Jayashri sang and recorded lullabies, which she located, researched from across the country, and even had a few lyricists writing a few fresh ones recorded. The final lullaby in Malayalam was launched recently on YouTube with teasers on other social media platforms.


A lullaby is not just a song. It’s an emotion, it’s about memories that transcend barriers of caste, culture and language, says Bombay Jayashri, musician

On October 27, 2020, Bengaluru-based musician Gurupriya Athreya and Chennai-based musician Vedanth Bharadwaj, friends and parents of young children, embarked on a mammoth journey with their project, Sing a Lullaby. For 52 weeks (read a whole year), the two musicians would sing, share and teach (for free) a lullaby in a virtual workshop format to participants who wished to delve into the world of lullabies and appreciate it for its beauty in simplicity, and vice versa.

The project is already on to its 37th edition and with a steady group of 60-80 participants signing in every week. Sing a Lullaby has not only meant the musicians have nurtured and significantly grown their lullaby repertoire, but this has led to the creation of Lullaby-ers, a community of people who draw from the magic of a lullaby and make it their own.

The lullaby is now slowly but surely finding its way into mainstream culture, becoming part of a concert repertoire, enabling artists and audiences alike to appreciate and soak in its magic. In the last couple of years, the lullaby landscape across India has been emboldened by the conscious and sensitive efforts of a handful of musicians across India who recognise the lullaby both for its simplicity and symbolism, and are committed to document, archive and carry forward this oral tradition.

“You see,” says Jayashri, “A lullaby is not just a song; it’s an emotion; it’s a communication of affection, it’s about nostalgia and memories that transcend barriers of caste, culture and language; it’s about the first sounds that we hear and internalise, as babies. For example, I heard a beautiful Tamil lullaby from cinema called Neela Vanna Kanna Va Va from my mother’s sister well before I even decided I wanted to be a musician; the lullaby finds its way into our life, early on and in a sense, stays along the way.”

The nature and construct of a lullaby is that it is gentle, hummable, accessible, and by virtue of its universality of content and a quality of endearment, it is a song and symbol of healing. When Sing a Lullaby began, Athreya and Bharadwaj only had 15 lullabies in their repertoire. But soon they were inundated with requests from people willing to share their lullabies from across the world and by a group of people with a keenness to learn them. “We had people from Kashmir, Jharkhand, Sri Lanka, Punjab, Nepal, Malaysia, just to name a few, willing to share their heirloom lullabies with us,” says Athreya, “after all, a lullaby is that, no? It’s also a statement of endearment that comes from their culture and by learning it, we are imbibing a little piece of that.”

Over the weeks, the two musicians have found anchoring and purpose in the project. Athreya says their week is spent meticulously researching, identifying and learning a new lullaby; every now and then, they also invite guest musicians to share a lullaby with their audience. Their lullaby journey has traversed 25 languages, including, Tamil, Telugu, Malayalam, Brij Bhasha, Trinidadian and Malaysian, just to name a handful.

RECENTLY, PUNE-BASED classical and folk musician, Shruthi Veena Vishwanath was a guest musician at Sing a Lullaby. She has been curating a series of powerful and pertinent initiatives online, and especially those that urge us to celebrate female and feminist narratives in the arts, believes that the histories and the lens through which we view arts and artists is crucial. She recalls the Our Midnight Song series she curated, where she read the translation of a Jewish lullaby that was written during the Holocaust. The lullaby spoke starkly of death and devastation and the possibility of a human connection despite that. “Songs like these hit home, and hard; they shift perspectives; they ground you,” Vishwanath says.

Vishwanath’s tryst with lullabies began three years ago when she was invited to compose a lullaby for a documentary on children’s health. While she had heard her grandmother and mother sing lullabies, that search set her off on a journey where she discovered not only the vast tradition of the lullaby but also the many layers and narratives within each song that need to be preserved so they remain authentic. Vishwanath continues to be intrigued by the little histories that make every lullaby unique and says she always asks people—on her travels—to share a lullaby with her.

Vishwanath also believes that in its very premise, the lullaby is a symbol and celebration of the power of quiet, individual voices that are typically not celebrated. “Like the voices of our mothers and grandmothers,” she says, “wherever women haven’t had a voice, the lullaby becomes a document of their everyday experience.”

Like the voices of our mothers and grandmothers where women haven’t had a voice, the lullaby becomes a document of their everyday experience, says Shruthi Veena Vishwanath, musician

From her new home in Gulbarga, where she moved early this year, Shilpa Mudbi Kothakota, a musician, social activist, founder of the Urban Folk Project and a member of the Janapada Academy, says that she is constantly engaged in finding ways to transfer archives to living archives. Speaking of lullabies specifically, Kothakota like Viswanath, clarifies she is particularly fascinated with lullabies, especially meant for girl children. As a folk researcher, she is in an eternal pursuit to find folk arts not as a relic but to celebrate them as something that has a sense of continuity to it. “I think my search is more socio-political in terms of what these songs mean for the community; how they connect or divide,” she says, “Having said that, the beauty of folk culture is that it allows and affords you the right and the power to contextualise; you can insert yourself into it and therefore the permeability of these stories is also equally fascinating.”

The concerted efforts of musicians and social activists from across the country in continuing the legacy of the lullaby and chronicling it for posterity has also meant that the lullaby has transitioned from being a private, personal experience to a more collective, shared experience, not only for children but also for adults. “Our intention with Songs of Sleep,” says Bhaskar, “is also to invite people to relax; to keep aside their worries and devices, and reconnect with a part of themselves; a sense of the hidden, and feel at the end of it that things can be okay.”

Bharadwaj, who began thinking about a lullaby back in 2014, soon after his daughter Ameya was born, says it took a phone call last year with Athreya to actually realise that dream. Over the weeks of workshopping with lullabies, the greatest takeaway has been the creation of a community—from children to single women to mothers to couples, young and old—who come together, week after week to find comfort in the beauty of this oral tradition and find within it, and with the people they share a sense of belonging. “We feel that lullabies belong to everyone and in a sense, we are merely enablers,” says Bharadwaj, “We’ve taken from the world and are giving back to it.”