How Real is the Image? How Futile is that Question?

Mediation is the life-force behind all images 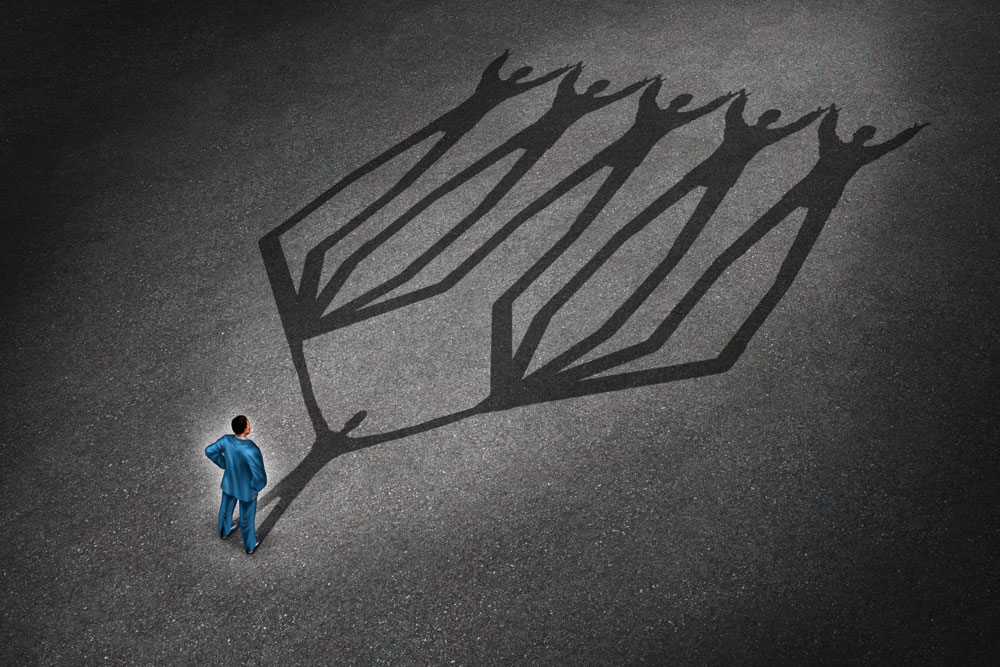 
Democratization of the photographic-medium has taken a firm grip in the last two decades. We have developed a voyeuristic relationship with everything, including ourselves. We are busy converting everything into an image, including our own appearances. Whoever has access to a phone-camera is now a photographer. It has never been so easy to stage, shoot, edit, circulate and store images in the history of image-making. Undoubtedly, mass-access of the medium is constantly producing a lot of visual excess and abundance. Unfortunately, even in this age of photo-mania and in the restless era of Fear of Missing Out (FOMO), the age-old puritan obsession with what constitutes the ‘real-image’—remains.

Even after an unprecedented dissemination of the visual medium, photographers and amateurs, often, has to face a series of naïve queries centered around the presumed authenticity of the image. How ‘real’ is the image? Or is the image slightly touched-up or heavily photoshoped? If yes, then to what an extent? How far does it depart from the so-called original-image?

The Impossibility of the Real in the Realm of the Representational

Thankfully, cinematic representations come with a formal disclaimer claiming the characters and the plots to be fictitious; and any resemblance with the real to be purely coincidental. By all means, such a textual announcement, relieves the narrative from the excessive and unbearable load of the imagined ‘real’. But those who sustain queries about authenticity of the still image, often forget, or are absolutely ignorant about the fact that no matter how realistic the image is—it is, after all—‘representational’. Any image is indexical. In its pictorial-space, it carries traces of spatial and temporal truth. It represents time, space, incidents or characters. And any ‘representation’, by definition, is a work of multiple technical and aesthetic manipulations, mediations and re-mediations. In the realm of visual-representation, there is no such thing as ‘un-edited’ or ‘un-touched’. There is no such phenomenon as an ‘un-mediated’ image. Sophisticated mediations and edits existed since the inception of the photographic medium.

Let us objectively identity a range of departures between reality and photographic-reality. Hopefully, such an exercise will possibly demystify the real gap between the two, and also relief some burden off the shoulders of the ‘real’, or whatever that is supposed to mean. It is important to understand that any photographic-image may have a certain degree of realistic claim, but at no point in time, it can be absolutely congruent with the ‘real’. In fact, and on the contrary, it is far away from it by the logic of representation itself.

Firstly, the semiotic-system of photographic-representation that aims to capture a thin slice of time and space, or an occurrence of an event—is fundamentally ‘indexical’. It is not metaphoric or symbolic like language is; rather an image quotes directly—certifying a fraction of a moment in time. Depending on the shutter-speed, that fraction could be as long as an exposure of several minutes, or even one thousandth of a second or even lesser. At best, as a direct-testimony—a photograph denotes or registers a frozen-moment like a visible trace, just like a memento. 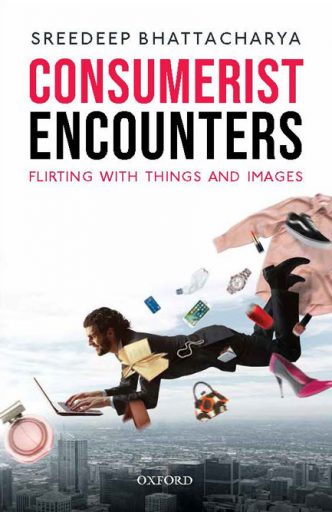 Nevertheless, the ‘authenticity’ of the represented time and space from the ‘past’ and from ‘elsewhere’ remains undisputed. So, the representation (what we see in the image as an image) and the represented (the actual subject, object, moment) are fundamentally different—both temporally, spatially, and materially. Yet, the former represents the latter in a miniature-format—such is the truth and logic of the technological-mediation. Needless to say, that a three-dimensional world is being convincingly converted into a two-dimensional print on paper or on projection or on a screen—which in itself is a consequence of another set of technological-mediations. Though ironically, such mediations—fundamental to photography—does not challenge or contradict photograph’s authenticity-claims; rather it strengthens it further. Because, we are culturally trained to distinguish the ‘lived-past’ from its ‘present-representations’.

Aesthetic-Mediation: Less of Inclusion and More of Exclusion

Secondly, from the aesthetic point of view, the very act of looking and shooting is a matter of aesthetic arrangements that entail simultaneous selection, isolation, and elimination. From a wide range of available activities and subjects, we choose one or a few things worthy of being shot at a time, in one frame. This includes conscious elimination of a host of other things. A photographer chooses a particular angle; places himself or herself at a certain distance; picks up a certain lens and sets a certain exposure; chooses a convenient posture; etc. The location of the photographer; his/her distance from the subject; and his/her choice of optics has a definitive impact on the spatial-relationship between different elements in the composition. Therefore, ‘composition’ itself is an act of an aesthetic-mediation, or a consequence of selective-bias of the image-maker. When a viewer views the photo, it is exactly how the photographer saw it, and wanted to show it to the world. in any photograph, what we witness is a photographer’s vision. An image is exclusively: photographer’s perception and perspective, even when it is a selfie. Along with the ‘seen’, along with the ‘visible’, and along with the ‘present’—photographer’s aesthetic-mediation also entails large volumes of the unseen, the invisible, and the absent. The idea of ‘vision’ is, therefore, excessively mediated and manipulated; if not entirely unreal.

Thirdly, and typically, the ‘Renaissance-Perspective’ that we experience in any photograph—takes it further away from the viewer’s idea of the real. ‘Renaissance-Perspective’ is a well-known visual arrangement that entails single-eye-perspective with converging lines, and reduction of size of objects, as they go further away from the eye. It is not that objects of similar sizes, located at a distance, are actually smaller in real life; but they appear to be so. Such an appearance or optical-illusion in the representational domain—is yet another deviation and departure from the real.

The Unrealistic Burden of Stillness & Reproducibility

Now, if we return on the ‘stillness’ of the photographic-medium—possibly, there is nothing more unreal than that. Stillness is the most essential characteristics of the photographic image. However, we do not observe life in fragmented still frames. We experience life in constant flows. Spatial and temporal continuity is fundamental to our realistic lived experience. So much so, that it is impossible to arrest a fraction of a second from a lived-continuity, which only a camera can. The spatial and temporal character of the visible subject in a photograph is static, whereas the world has definitely moved on. Time has moved beyond the time that is captured and frozen in the photographic image. The photographer and the viewer have moved away from the site of shooting. That does not mean, we question the mediated-authenticity of the stillness in an image, or what it represents. In fact, that stillness, which constitutes the materiality of the image—is also infinitely reproducible without any quality-loss and is transportable too. That precise reproducibility of moments in real life is not even a far-fledged possibility to be considered real.

The Impossibility of Uniformity of Time and Attention

Finally, in real, with the naked eye, it is impossible to pay uniform attention to everything that we see, and everything that happens to be visible in front of us. The eye, invariably, finds a way to pin-point on a few elements, while neglecting several others—depending on what needs to be seen or what we need to observe. That is the operational mechanism of the human eye—very closely linked to our cognitive abilities. However, camera knows no such bias. Once the photographer selects, composes, and clicks—camera-vision sees everything that the photographer has chosen with uniformity of time and attention, unless intentionally blurred or eliminated—which in itself is quite inhuman and unreal.

So, even if we keep all the contemporary software-mediated or app-mediated manipulations of the twenty-first century at bay—there is absolutely nothing really real about the techno-aesthetic photographic imagination, even though it aims for a realistic representation. Even if you ignore the ready-made and easy-made superficial, tonal, textural visual-manipulations (earlier performed in the studio for hours, now processed in the computer or in the mobile in seconds)—there lies multiple mediations that are: aesthetic, technological, spatial and temporal. These mediations are at the heart of image-making. Digital manipulation retains some of the spatio-temporal-aesthetic mediations of the analogue-era and further advances several automated user-friendly image-modifications. Ready-made filters, popular software editing-tools, and downloadable editing-apps—conceptually replicate age-old methods of visual-mediation from the analogue-era, at ease—such as: cropping, rotating, white-balancing, exposure and tonal adjustments, blurring, selective enhancements, etc.

The Self-Defeating Task of being Real

So, next time someone asks you how real or photoshop-ed is your image, try and make that person understand how self-defeating that question is. Any image by definition is hyper-real—even if it strives to represent something extremely realistic. More so, with the in-built mediations that are becoming simpler and easier, it is quite futile to even attempt to peel off the mediated-masks and reveal the original-image. In fact, there is no such thing as pure or original or real image. Such vague and elusive constructs can only reside in the dated opinions of twentieth century puritans or in the minds of image-illiterates. Their stunted visual-approach can only contribute towards undesired stagnancies, instead of advancing visual journeys of our times.

From selfies to standard groupies; from portraits to landscapes; from documentary to fashion photography; from candid to curated images—realism could be an ulterior aesthetic motif or an accepted genre in photography. But any photographic-image is always meticulously mediated, considerably edited, carefully staged, and consciously composed. Unfortunately, we think of mediation, only when we see the calibrated hues of the northern-lights; or the intensified wrinkles of an old man on the Nat-Geo cover; or the extra-glowing skin of a super-model. On the contrary, mediation is the life-force behind all images, even when we click the shutter button blindly. In fact, it is the mediative-process that makes an image reliable, believable; and yet simulated. Such is the structure of the photographic medium.