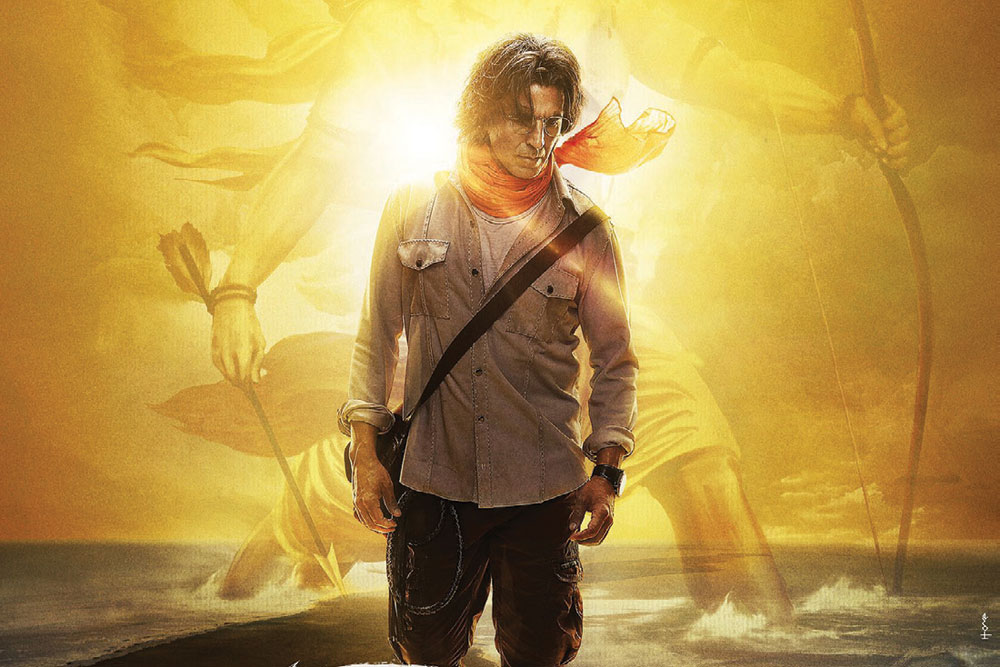 THE ABILITY OF humans to invest meaning is in some ways magical. An object of ordinary life can have great value because it is associated with a memory or a person who is close to us. A stone can be God for the believer. This phenomenon you also see in the growing significance of Ram Setu, a formation of shoals on the shallow sea between India and Sri Lanka. For instance, the release of a movie by the same name. Ram Setu has always been an arena for myths and stories. It has the appearance of being a bridge, then it carries the name of the god Ram and it also heads towards Lanka, the name of the kingdom where Raavan was defeated and killed by Ram. And in that story Ram built a bridge using an army of monkeys. Thus Ram Setu, in the eyes of many believers, is that bridge. And with faith, anything becomes more than the sum of its parts.

But this not the only story around it. The formation, in other traditions, is also known as Adam’s Bridge after the Biblical first man. In his book, Ceylon: A General Description Of The Island, Historical, Physical, Statistical (1876), Horatio John Suckling writes: “The term Adam’s Bridge does not appear to have been given by the Arabians until the time of Albyrouni (1030 a.d.). Khordadbeh (850 a.d.) in his ‘Book of Routes,’ calls it ‘Set Bandhai,’ or bridge of the sea and a general name of ‘Mabar’, a passage or ferry, was given by them to this part of Southern India. The bridge is a natural formation of sand and sandstone, projecting at intervals above the sea, having about the Pamban passage the appearance of an artificial construction.”

Ram Setu may have the appearance of being man-made but few geologists have any doubts that it is a natural formation. A study by the Geological Survey of India came to the same conclusion. An article in Frontline in 2007, writing about the report’s conclusions, stated: “A combination of various natural coastal processes such as sea level positions in the historical past, wind-borne activity, new tectonic movements, wave action, etc., have led to the evolution of the coastal areas around Mandapam, Rameswaram and Adams Bridge/ Ram Setu, which has led to the formation of beach rocks, coral growth, vast stretches of coastal dunes, series of islands (of Ram Setu) and subsidence of the erstwhile Dhanushkodi township.” The Ram Setu is believed to have not always been underwater either.

It has lately been a battleground of a confrontation between commerce and faith. From British times onwards, it was clear that a canal between India and Sri Lanka would cut shipping time because ships to eastern India had to circuit around Sri Lanka. The waters that separated the two countries were too shallow for ships but dredging them to be navigable could save a day and a half. This in turn would lead to reduction in the costs of transporting cargo. It was an idea first mooted in 1860 but the project by way of the Sethusamudram Shipping Canal Project only got started in 2005. It would have meant the Ram Setu being dug up as well, but resistance was not by Hindu organisations alone. Environmentalists and even scientists who thought the Ram Setu was a natural formation opposed the canal for the damage it would do to the marine life and the geological heritage of the region. The courts stepped in and as the agitation increased in strength, the project went into cold storage even though alternative routes are still being explored. In the movie Ram Setu, Akshay Kumar plays a scientist who is preventing the destruction of the Ram Setu by evil people, a story no doubt inspired by the agitation against the canal. The movie also taps into the nationalism market that Bollywood is increasingly feeding into because Ram Setu has become part of that discourse. It is a reason why the Supreme Court is now hearing a case that seeks to make it into a national heritage monument.