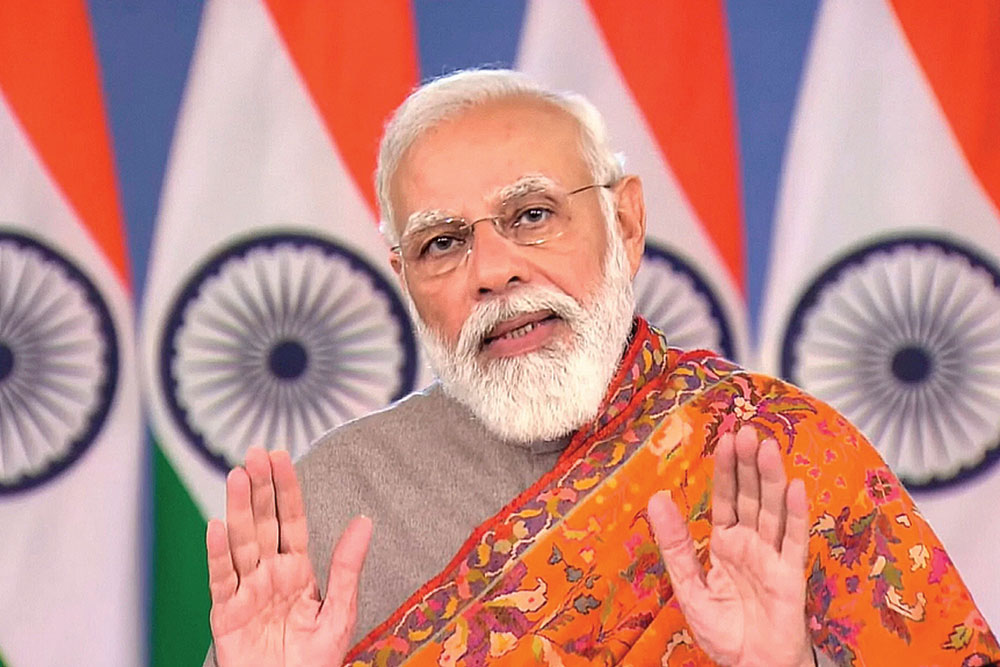 
The Modi government’s consistent political and economic philosophy that strongly banks on growth and unhesitatingly turns to significant public spending on infrastructure to lead the way is amply reflected in finance minister Nirmala Sitharaman’s Budget 2022-23.

“Public investment must continue to take the lead and pump-prime the private investment and demand in 2022-23,” the FM told Lok Sabha on Wednesday, underlining a continuation and enhancement of strategies adopted in the last Budget to yank the economy out of the Covid trough.

Assisted by a successful vaccination programme (at least 95% eligible adults have recieved one shot and 75% both), the economy is better but not out of the woods. The antidote, feels the government, is more spending on infrastructure and supportive policies for SMEs and new growth sectors instead of tax breaks to “boost” consumer spending.

Rather, the Budget promises policy and financial support for apirational segments of the economy that promise new growth avenues. AI, geospatial systems and drones, semiconductors, space, genomics and pharma, green energy and clean mobility are seen as capable of delivering both sustainable growth and cutting edge technologies that can help India leapfrog its development deficit.

Revenues have risen and Sitharaman said the January GST collections are highest ever at ₹ 1,40,986 crore. But the need to support welfare programmes for livelihoods most affected by Covid and a belief that smart public spending rather than tax rejigs will work better in creating jobs and spurring consumption guides the government’s thinking.

This commitment, along with the promise to make the new “PM Gati Shakti” initiative of synchronizing planning of national infrastructure projects is a key focus of the Budget. In political terms, it seeks to significantly speed up development of multi-modal mobility and logistics to deliver visible growth and employment before the 2024 Lok Sabha poll.

There is a big outreach to the states, in an effort to persuade them to share the Centre’s priorities and make them stakeholders in the Gati Shakti initiative. A sum of ₹ 1 lakh crore has been earmarked to assist states in catalysing “overall investments” in the economy. “These 50-year interest free loans are over and above normal borrowings allowed to the states,” the FM said.

The PM GatiShakti project focuses on : inclusive development, productivity enhancement and investment, sunrise opportunities, energy transition and climate action and financing of investments. In short it bets on a perceived hunger for growth and mobility among a new generation of Indians rather than a stale freebie culture.

The gamble has its risks, but the Budget does cover the government’s flanks. It presents what it calls a “transformative approach for economic growth and sustainable development” that focuses on seven growth engines : Roads, Railways, Airports, Ports, Mass Transport, Waterways, and Logistics Infrastructure. And it does so while ensuring programmes like housing and water connections for all and fibre optics for villages proceed apace.

Keeping in mind the recent decision to rescind the farm laws opposed by influential farm unions, the Budget wisely steers clear of announcements that might provide fresh fodder to its opponents in the midst of a crucial election season. The commitment to minimum support prices is spelt out in the FM stating that the procurement of wheat in Rabi 2021-22 and the estimated procurement of paddy in Kharif will amount to ₹ 2.37 lakh crore direct payment of farmer accounts.

Attention has been paid to another important political and economic constituency through the outlay of ₹ 6,000 crore over 5 years for MSMEs. This is intended to make the MSME sector become more resilient, competitive and efficient.

The Budget sets out ambitious targets stating that 80 lakh houses will be completed for beneficiaries of PM Awas Yojana, both rural and urban, with ₹ 48,000 crore allocated for this purpose.

In an important initiative, the Budget takes modernisation of post offices with a plan to link them to net and mobile banking and provide for online transfer of funds between post office and bank accounts.