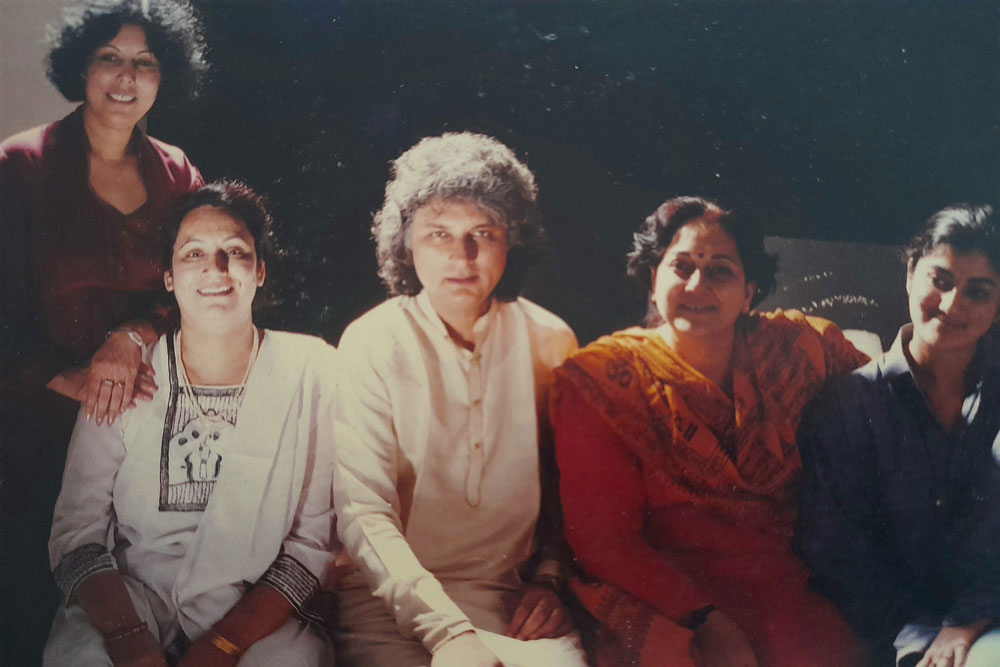 
On the afternoon of May 11, my mother wrote on her social media page: “Today I have lost my great Friend, Philosopher, Guide and Guru of over five decades. A legend is no more but the liquid notes of his santoor will play on eternally.”

Just a few hours earlier we had been informed about the demise of santoor maestro Shiv Kumar Sharma. He was 84. Soon after, my mother started receiving a flurry of condolence messages and phone calls. She went back a long way with Shivji and his family.

In Srinagar, May of 1961, a newly married Shiv Kumar Sharma played the santoor at a dinner party for my parents, who had also been engaged recently. The soiree was hosted by Rattan Bhan, a friend of Shivji, who at the time was just starting out as a santoor player. Rattan Bhan, or ‘Baiji’ as we fondly called him, was related to us from my father’s side. Although Shivji hailed originally from Jammu, he had spent many of his childhood years in Srinagar with his elder sister.

Shivji’s grandfather was the raj purohit or chief priest at the royal temple of Raja Pratap Singh, the maharaja of Jammu and Kashmir. His father Umadutt Sharma decided to pursue music despite resistance from his family and his social milieu. Music was not seen as a respectable profession for Brahmin men to pursue at the time. It took stalwarts like Vishnu Digambar Paluskar who established music schools such as the Gandharva Mahavidyalaya in 1901 for Indian classical music to arrive at glory. Women were allowed to pursue music only much later and the great ones often had to forego performing at public gatherings due to the social stigma associated with the art.


Shivji and his wife, Manorama, became close friends with my parents who were living in Colaba at the time. My mother would drop me off to play with their sons Rohit and Rahul in Bandra on her way to see my grandparents who lived nearby. Shivji loved the Kashmiri cuisine he had grown up eating, but as his wife was a strict vegetarian, my mother often prepared her signature dishes for him and his guests

The renowned flautist Hariprasad Chaurasia, who composed film music with Shiv Kumar Sharma, was a student of Annapurna Devi (born as Roshanara), the wife of Ravi Shankar and daughter of his guru, the legendary multi-instrumentalist and composer, Ustad Allauddin Khan. Following convention, she had to give up performing despite her prodigious talents and became a full-time teacher.

In Umadutt’s case, pursuing his passion was all the more difficult because his father was the head priest to the royal family. Yet he persisted and took secret lessons from his guru Sardar Harnam Singh, a great tabla player who performed at the Maharaja’s durbar.

In 1920, Umadutt proceeded to Banaras to learn classical music under the legendary vocalist Pandit Bade Ramdas. His dedication paid off and on his return to Jammu, he began performing and was the first musician from Jammu and Kashmir to broadcast on Radio Lahore. When Umadutt’s father passed away, he was offered the post of raj purohit, which he declined as his interests lay elsewhere. Apart from music, he had several interests such as astrology, Ayurveda, perusing Vedic texts, wrestling, horse riding, swimming and other sports.

The young Shiv Kumar grew up in the guru-shishya parampara, the Indian tradition of imparting knowledge from master to disciple. His home was perpetually filled with his father’s students, some of them so poor that he would give them family woollens to keep them warm during the winter nights.

At the age of five, Umadutt introduced him to vocal music, and at 14 he handed him a santoor, entrusting him with the mission of converting it from a folk instrument to a classical one. Senior artists of the time were of the opinion that the santoor—which until then was used exclusively for Sufiyana recitals—would never be taken seriously as an Indian classical instrument. Others urged the young Shiv Kumar to give it up and opt instead for the sitar, saying it was much more commercially viable. Yet he persisted, and the rest, as they say, is history.

It took Shivji years of dedicated effort to bring his instrument up to the exacting standards of Indian classical music. He started experimenting with the box itself, including the bridges and strings on it, but his efforts did not bear fruit until much later. He continued modifying and fine-tuning his instrument to reach a state where he could sustain a note for as long as he wanted. This was a major milestone in santoor-playing technique. At last, he had succeeded in fulfilling his father’s dream of establishing the santoor as a force to reckon with. In Shivji’s own words, “I am happy that the santoor has overcome its limitations, but I know that a musician is never complete. He is always evolving.”

Shivji’s birthdays were always celebrated with private music sessions on the spacious terrace garden at his Bandra residence. The likes of Nusrat Fateh Ali Khan, Ghulam Ali, Mehdi Hassan, Jagjit Singh and several others were invited to perform. I had the good fortune of accompanying my parents to many of these events

On a wing and a prayer, Shivji moved to Bombay in 1960 to pursue his musical career. He describes a pivotal moment in his biography, Journey with a Hundred Strings: My Life in Music authored by Ina Puri, “I would like to mention one incident which could be called a turning point in my life. In 1960, I was offered a job as music producer in Radio Jammu, which my father wanted me to take up for financial security. However, I could never imagine myself doing a 9-5 job even though it was connected with music. I wanted to explore my talent as a freelance musician and left home with no plans whatsoever, and landed in Mumbai with my santoor and just Rs500 in my pocket. Had I not taken that blind leap into a hazy future, I don’t know what would have happened to the santoor and my life.”

Shivji and his wife, Manorama, became close friends with my parents who were living in Colaba, Mumbai, at the time. My mother would drop me off to play with their sons Rohit and Rahul in Bandra on her way to see my grandparents who lived nearby. Shivji loved the Kashmiri cuisine he had grown up eating, but as his wife was a strict vegetarian, my mother often prepared her signature dishes for him and his guests. Rogan josh or Kashmiri lamb curry, matsch or lamb kebabs in gravy, kabargah or ribs cooked in milk and fried in ghee and nadur-gaad or lotus stem with fish were some of his favourites.

Later, the friendship developed into a relationship when Rahul married my cousin, Barkha, in 2009. Today, Rahul is an accomplished musician with 60 albums to his credit, and has collaborated with international artists such as John McLaughlin, George Harrison and Yo Yo Ma.

The duo of Shiv-Hari became a household name after the runaway success of the films Silsila (1981), Chandni (1989) and Lamhe (1991) for which they had composed music. Along with guitarist Brij Bhushan Kabra, the duo also collaborated on the iconic album ‘Call of the Valley’ (1967) inspired by Shivji’s ancestral homeland. There were numerous jugalbandi performances with other great artists. However, after a while Shivji decided to focus on solo performances to establish himself and his santoor.

I have unforgettable memories of accompanying my parents to concerts by legends such as Pandit Ravi Shankar, Ustad Vilayat Khan, Pandit Hariprasad Chaurasia, Pandit Jasraj, Ustad Amjad Ali Khan, Ustad Zakir Hussain and his father, the renowned tabla player Ustad Alla Rakha Khan, another son of Jammu. Shivji’s birthdays were always celebrated with private music sessions on the spacious terrace garden at his Bandra residence. The likes of Nusrat Fateh Ali Khan, Ghulam Ali, Mehdi Hassan, Jagjit Singh and several others were invited to perform. I had the good fortune of accompanying my parents to many of these events.  There is something special about listening to recitals at private gatherings.

On May 12, 2022 Shiv Kumar Sharma was cremated with full state honours in Mumbai, the city in which all his dreams came true. The loss to the world of music is immeasurable, yet legends like him never die, they live on forever through their timeless legacy. He was a true artist in the sense he considered himself merely a channel and not the creator of his work. In his own words, “I am not a musician. I am only a medium Saraswathi has chosen to speak through. I have experienced god’s presence in my hands when I am playing. It’s as if someone takes over and I play on, beyond time and emotions.”