In a country where the wedding services industry is worth over $56 billion, one cannot ignore the lure of arranged marriages 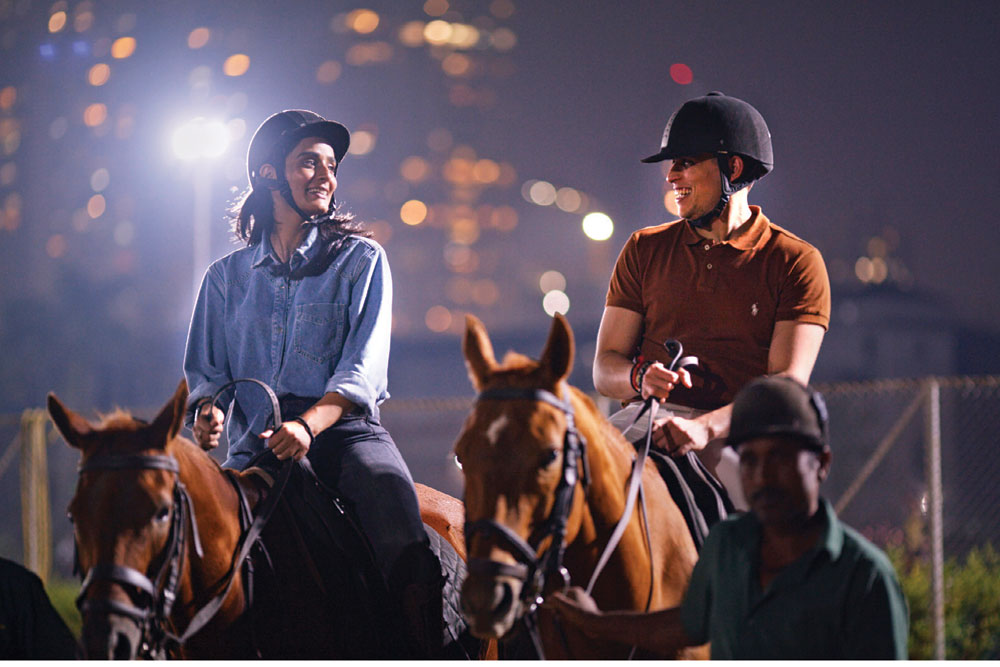 
AT THE ASTUTE, headstrong age of four, my daughter threw a tantrum while on a visit to my aunt’s house in Mumbai because she was being forced to eat something she didn’t like. “Girls shouldn’t be so stubborn,” my middle-aged aunt reprimanded me for my parenting. “They have to learn to compromise. How will they adjust after marriage otherwise?”

Seventeen years later, the same words were repeated by another middle-aged Indian woman on a Netflix web series so many times that they generated thousands of memes on social media: “Good Morning beta. Are you ready to compromise? (sic)” went one viral tweet from a parody account. The show in question, Indian Matchmaking, directed by Indian-American Oscar-nominated filmmaker Smriti Mundhra, hit Indian streaming television on July 16th and instantly lit a fiery controversy. A reality show that follows the lives of Indian singles seeking arranged matrimonial alliances through Mumbai matchmaker Sima Taparia, the show was brutally called out by millennials and Gen-Z’ers who are fighting the same discriminatory system the show glamorises.

“The real damage is going to happen when families are just going to feel validated for all this. People need to voice their disgust,” says Gurin Pal Singh, 29, Kuala Lumpur-based creative lead at personal-growth platform Mindvalley, who feels privileged that his parents were “super understanding” of his European girlfriend even though he had to overcome his own fears to tell them about her in the first place. “Not everyone else is that lucky. And those are the people this show is going to harm.”

India’s arranged marriage system has been both vilified and exoticised in global media but even as the country struggles to haul itself into a modern era of gender equality and social justice, the system shows no sign of becoming redundant any time soon. With the advent of the internet, matchmakers may have morphed from uncles and aunties in drawing rooms into matrimonial websites that cater to all tastes and needs—from niche ones for every possible religious community to dating apps that use complicated algorithms to match partners.

But the intent, agenda and purpose of arranged marriage appear to be the same as they were two millennia ago: to maintain caste bloodlines, to restrict inter-community mingling, and to control young people by negating individuality and choice. It continues to be a clinical and repressive way of looking at bonding and relationships, binding humans into boxes to be ticked, while disguising social evils such as casteism, patriarchy, classism and colourism in snazzy, digital new avatars.

For their part, matchmakers say they are only catering to the demands of the market, and that their role is one of a service provider, not change-maker. “I hate to see Sima [Taparia] trolled; we have a lot of regard for each other’s work,” says Geeta Khanna, a relationship counsellor and the second matchmaker featured in Indian Matchmaking. Her one-day shoot for the show took place in October 2019, two months before she moved from New Delhi to Kuala Lumpur. Her list of singles grows by the day, both Indian residents and non-residents, and—contrary to expectation—it is often the candidates themselves who approach her for matchmaking, not their parents.

“After years of studying, making a career and dating several people, these singles finally turn to us for help in finding a life partner,” observes Khanna, whose clients consider her a ‘modern’ matchmaker since she matches partners by personality type, and not just financial, caste or community parameters. A large part of her work involves ‘de-conditioning’ parents to be more accepting of matches from diverse backgrounds, and of ‘conditioning’ young people, especially women, to be prepared for adjustment in the course of a new relationship. “Unless they are planning to marry a boy abroad, girls in India do end up making more personal sacrifices after marriage; it’s just how things are here,” she says, preferring to be more realistic than idealistic.

But there is a growing number of educated, urban parents who no longer want for their children what they themselves went through two decades ago. “I would rather teach my son that love is more important than marriage, respect is more important than legal sanctions, and a life partner cannot be found by ticking a list of criteria from a menu card,” says Sonali Sudarshan, 46, a Delhi-based entrepreneur and mother of a 19-year-old who starts college in the UK this year. Vehemently critical of the Netflix show, she says, “I’d tell my son, marry only if you cannot imagine life without someone.”

Another parent of the same generation, Ritu Harish, a Pune-based entrepreneur and mother of a 20-year-old daughter and a 17-year-old son, refers to the outpouring of forced-matchmaking memories on Twitter after the show went on air when she says, “I think every Indian girl has a matchmaking horror story. I just cannot imagine us putting our kids through it. I am fine if they marry out of choice, and I am fine if they never marry at all.” She adds in a lighter vein, “I have already told them I have no plans of looking after their kids in future so they better have them at their own risk. My daughter is gay and was going to adopt anyway.”

For such parents and their kids, there is hope for change. Keeping its ears to the ground, a new breed of matchmakers is now rising to address the changing needs of today’s generation, balancing their desire for a suitable partner with modern values of equality and diversity. Shalini Singh, founder of Andwemet.com, a new matchmaking portal that addresses the needs of urban Indians, believes marriage is not the only outcome of a successful relationship. “Maybe someone wants to be in a live-in relationship, or a long-term companionship, maybe they are divorced and are seeking a reconstituted family… why judge anyone? Why not celebrate such commitments as much as we celebrate marriage in this country?” asks the Bengaluru and Noida-based startup founder who also runs a public-relations firm.

Having found that most Indian matrimonial or dating websites have over 40 per cent fake users, Singh says her website asks a series of personal questions before verifying and registering users—from whether they want an ‘open, exclusive or discreet’ relationship, to their sexual preferences—using algorithms to find matches. Unlike popular dating app Tinder, which requires just two or three minutes to sign up, andwemet.com needs one to invest at least 20 minutes, a process designed to screen out ‘non-serious’ candidates. “We don’t ask the usual questions about skin colour and caste; I abhor such labels and I believe we must all do our part in eliminating social inequalities,” says Singh, pointing out that even matrimonial majors like Shaadi.com had to remove their photo filters, which helped candidates appear fairer, after a strong public backlash.

In a country where the wedding services industry is worth over $56 billion, where the matchmaking and wedding industry are growing steadily between 25 per cent and 30 per cent every year, and where 10-12 million marriages take place annually, one cannot ignore the domination and lure of arranged marriages. This is also, however, the same country where LGBTQ+ persons are forced into marriage to uphold family tradition, and young women are conditioned to believe that no matter how successful they are in their careers, they will ultimately need to ‘settle down’ with someone of their community and have babies, thus leaving them vulnerable to crooks like Tanmay Goswamy, who conned eight women of Rs 1.25 crore through matrimonial websites.

The elephant in the room cannot be wished away, but a solution lies in awareness. Taparia’s much-trolled quote on marriage requiring adjustment, compromise and flexibility is not entirely wrong. Except, it’s not just the youth but their parents and all of Indian society who should be heeding it. Instead of forcing our kids into an outdated system, let’s open our minds to a more inclusive future for them and us.

It’s not the kids who are stubborn. It was us all along.