Will he reinvent social media after becoming the biggest shareholder of Twitter? 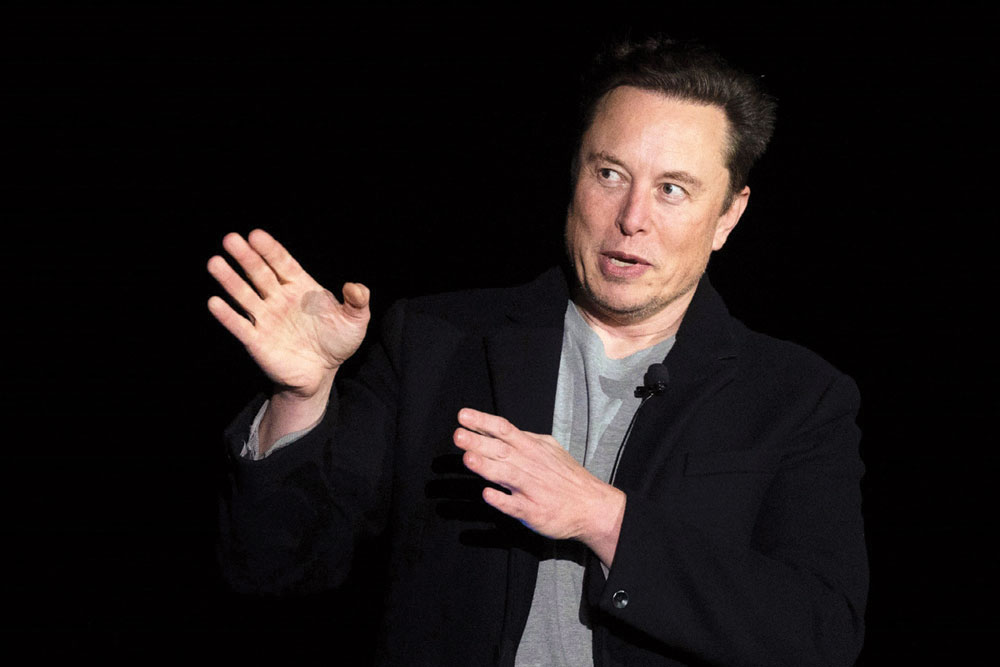 
THE QUESTION ON everyone’s mind after it was revealed that Elon Musk had become Twitter’s single largest shareholder is what follows next. Will Musk, a fierce critic of what he views as social media’s unchecked powers to muzzle free speech, now that he is inside Twitter, change the nature of social media as we know it today? Or will the platform change him?

Musk sent the news cycle—and Twitter—into a tizzy when it was disclosed that he had acquired a 9.2 per cent stake in the company (nearly four times the shares held by founder Jack Dorsey). Almost overnight, he had gone from becoming one of the platform’s most prominent voices to one of the most influential inside the company. This disclosure had followed after he spent a few days lamenting the nature of Twitter, and hinting that he would create a new type of social media platform which values free speech. But as it came to be, the world’s richest man wasn’t going to make a new social media. He was probably going to try to change a pre-existing one.

Musk has a long and colourful history on Twitter, with tweets that range from commentaries on the future of the internet and space travel, to pop culture, news, and more. He frequently lashes out at critics and politicians (he once compared Canadian Prime Minister Justin Trudeau to Adolf Hitler), sends cryptocurrency and stock markets into a tizzy, and got himself into trouble for his impulsive tweets more than once.

At the forefront of the revolutions in electric vehicles and space travel, will Musk now be able to tackle the thorny issue of social media and the culture wars raging inside it?

At the moment, there appears to be a consensus between Musk, Dorsey, and current Twitter CEO Parag Agrawal on the vision of “decentralised” social networking. According to this vision, which Twitter has been working on in recent years, the platform is to be radically altered, and power shifted from the service to its users. Instead of Twitter becoming an arbiter of what speech is allowed online and not, whether an account is to be banned or not, and an algorithm put in charge of what posts an individual can see, in this new “decentralised” social media, users are to be given this power. They are to have the power to customise their own social media feeds, establish their own rules about what kinds of speech are acceptable, and even be permitted to move their data to other platforms. Twitter also wants to weave cryptocurrency into its app and open it up to developers who can build custom features for the platform.

Such features are radically different from how social media platforms currently operate. It could be the panacea to the thorny debates on content regulation and free speech, but it could also face pushback from those who argue that unchecked free speech online will only exacerbate the problems of misinformation and the spread of divisive content. Besides, there are other questions. Can such an idea of a decentralised platform, given the wholesale changes required, even come to fruition? If so, how long will it take? Or even about whether it will be financially desirable for a social media platform to cede control of its most valuable asset—a user’s data?

Musk will probably have a lot to say and shape the way these projects are carried out within Twitter. He has said nothing about his intentions so far, and his investment has been structured as a passive one. But many are unwilling to buy that he will not try to aggressively change Twitter, or that over time, a full takeover bid will follow. (He could easily afford that with his $270 billion-plus net worth.) It has already been revealed that Musk is joining the company’s board members, and unlike most of them, he is not bound by an agreement that forbids him from influencing the company’s policies. He appeared to hint at some of the changes to come when he tweeted that he looked forward to “make significant improvements to Twitter in coming months.” And just days after his stake was disclosed, he posted another Twitter poll asking if people wanted the ability to edit tweets, a feature many have fruitlessly asked for earlier, and which Twitter has revealed it is working on.