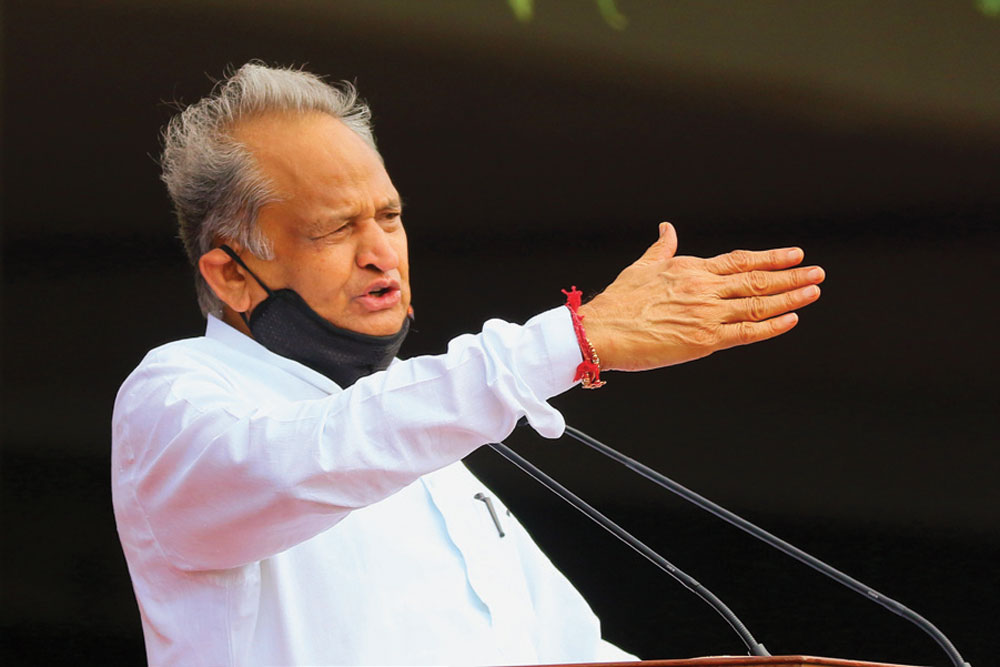 
The idea behind making Rajasthan chief minister Ashok Gehlot the unofficial “official” candidate for Congress president was to solve a problem created by Rahul Gandhi’s refusal to reconsider his “recusal” from the job.

With three days to go for close of nominations for party president’s poll, party matriarch Sonia Gandhi now has another complication to deal with: A full blown revolt by MLAs loyal to Gehlot who do want Sachin Pilot as his replacement.

The developments lend the sales catch line “two for the price of one” a twist Congress can do without. As the party scrambles to retrieve a bad position, the process to elect a new Congress president runs the risk of being derailed with a communication breakdown between Gehlot – who insists the insurrection is not his doing – and 10, Janpath. All this while Rahul Gandhi’s yatra winds its way through Kerala.

Congress leaders are surprised the Gandhis failed to read the situation. It was amply clear from Gehlot’s statements that he was wary about being made to resign as chief minister before the party elections. Suggestions that Pilot’s candidature had Priyanka Gandhi’s backing would have hardly calmed nerves in the Gehlot camp. Old timers feel the leadership’s perpetual concern that no regional leader should become outsize might be the reason for pressuring Gehlot to step down as chief minister. If so, it has backfired spectacularly.

Unless handled with acumen, the current developments can lead to an implosion in the party. Making peace with Gehlot, and persuading him to file for party president’s post, will be read as submitting to the satrap who is unlikely to give up his demand that he be allowed to choose a successor who cannot be Pilot. As long as 90-odd Congress MLAs stand by him, he has no reason to redraw his red lines.

The leadership’s options are limited. It could fall back on loyalists like party general secretary Mukul Wasnik and leader of opposition in Rajya Sabha Mallikarjun Kharge to be party president. With Shashi Tharoor indicating that he might file, there could be a contest. There might be a situation where no candidature is filed and this will reflect poorly, only giving rise to more dissent. There had been a possibility that Gehlot would be acceptable to disgruntled G 23 seniors, creating room for a consensus. But that is up in the air now.

Claims of Congress managers that his supporters set out unacceptable conditions to be included in a resolution to be adopted by the legislative party miss the point: Gehlot was not going to accept any ambiguity over his successor. In the event, the fiasco of the legislative party meeting that failed to meet on Sunday (instead most MLAs gathered at the residence of Gehlot loyalist Shanti Dhariwal) cruelly exposed how Congress’s first family had lost its clout and authority.

The return of G 23 leader Anand Sharma as a channel of communication with Gehlot indicates that Sonia is turning to leaders who used to advice her but failed to get along with Rahul. Is the outreach to the old guard too late? The results will soon be out.

The raising of the “one man, two posts” bogey was almost certain to rile Gehlot. His comments that the party needed to win the next Assembly election in Rajasthan due in about a year’s time was a clear enough inkling of what was on his mind. In any case, he was never very enthused about trading his chair in Jaipur for being Congress president, a post that came with several strings attached.