Kerala needs to have capable, reputed and efficient leaders who have access to Central leaders. Sreedharan will be able to provide that link, whether he wins elections or not 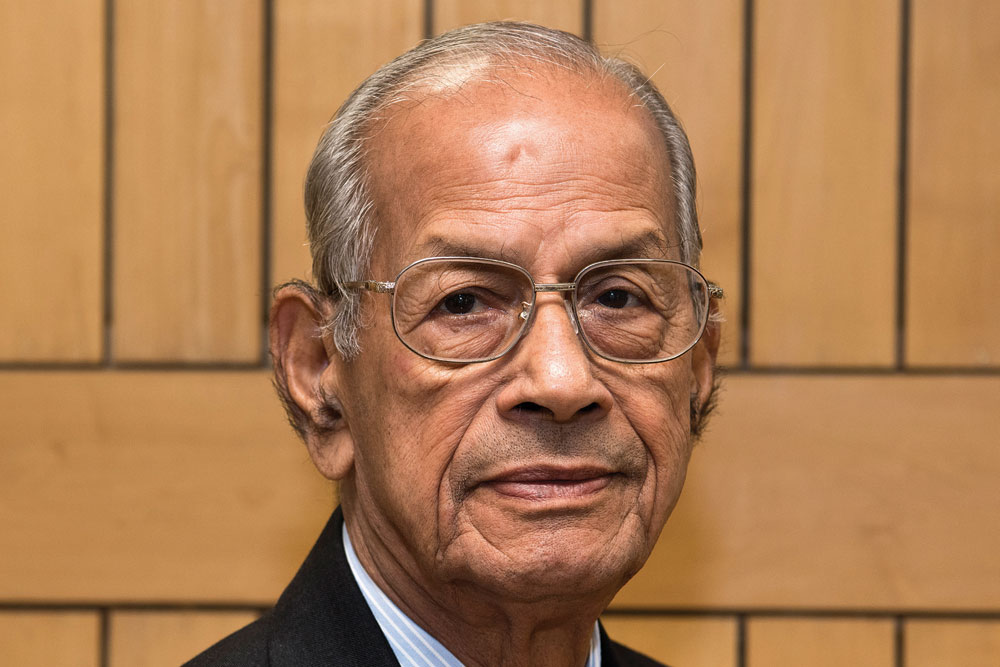 
METRO MAN E SREEDHARAN has built many bridges across India, commanding respect and admiration from all for honesty, punctuality and efficiency. He is steeped in Kerala tradition, but he is comfortable with the rest of India. He is in the mould of APJ Abdul Kalam, who was born and brought up on the southern tip of India, but transcended barriers of all kinds and became a true Indian and an icon for the common man. By joining politics, Sreedharan, who had settled in Kerala, has decided to join the national mainstream and dedicate his experience and wisdom to the good of the whole nation.

Any political party would have welcomed him and, naturally, the Bharatiya Janata Party (BJP) feels elated, and others will be envious of his choice. He may have felt comfortable with the personality of Prime Minister Narendra Modi and thought that his leadership should be strengthened to take India forward. Sreedharan said that he found BJP less selfish than the others and more dedicated to the cause of the nation. According to him, the other parties are swayed by party considerations and are often dynastic and corrupt. But the impact of his decision is that he will be able to bridge the chasm of the north-south divide by bringing a true national perspective into the political domain.

Kerala has always had an ‘exceptionalist’ approach in politics, often different from the national trends. Though no one admits it, it appears that the ghost of Sir CP Ramaswami Iyer, who dreamt of an independent Travancore, is still haunting some people in Kerala. Even in 1977 and 2014, when major changes took place on the national stage, Kerala remained unaffected. Even when the same party ruled at the Centre and in the state, there have been problems about coordinating policies and allocation of resources. The situation became acute when Kerala did not elect any Member of Parliament belonging to the ruling party, making it difficult for the state to benefit from the many dramatic initiatives of the Central Government. Many people in Kerala are not even aware of the several projects and concessions designed for the lower strata of society. To end this, Kerala needs to have capable, reputed and efficient leaders who have access to Central leaders. Sreedharan will be able to provide that link, whether he wins elections or not.

Sreedharan’s leadership of BJP and candidature may make a difference in the election to the legislature, perhaps not to the extent of him having majority support in the legislature. Though politics in Kerala is highly polarised, Sreedharan could be considered a consensus candidate. His harsh criticism of the chief minister did not elicit a strong response. Instead, the chief minister avoided confrontation by wishing Sreedharan all the best to fulfil his ambitions. He would have reacted very differently if it were any other person who criticised him. He realised that an attack on Sreedharan would not go down well in the public space.

Sreedharan has made it clear in an interview with Barkha Dutt that he has no intention to enter into the political controversies. He did not comment on Hindutva except to say that for him it meant “Loka samasta sukhino Bhavantu (May the entire world be happy and well!)” He would focus on the industrial development of the state and see how to save the state from a debt trap. On ‘anti-nationals’, he said any act or propaganda which is injurious to the nation should be considered anti-national. For him, BJP is only a conduit through which he could channel development. He revealed that he had no understanding with the central BJP leadership before taking his decision. As for Muslims, he said that they should be made comfortable and that he would be able to steer clear of all the religious controversies even as a member of BJP. He had no interest in issues such as love jihad or eating habits, though he himself is a vegetarian. By his straight and frank replies, he disarmed even Barkha Dutt.

On the farmers’ strike, Sreedharan is of the view that Modi has good intentions to improve the plight of the farmers, but he has been misunderstood. He expects that once the motivations are clear and the vested interests realise that they cannot succeed, the Bills will be implemented.

The only question being raised is how realistic is Sreedharan’s expectation of a revolutionary change in favour of BJP as a result of his entry into the party. Kerala is too politically and communally polarised to undergo a change in a short time. Even the hardcore BJP members may not feel that his honesty and uprightness will be good for their growth. They may see Sreedharan’s effort to reform the party and to rid it of corruption as going against their core interests. Kerala has seen many achievers entering politics only to fall by the wayside, or join the bandwagon. Perhaps, if he had formed a new political party like the Aam Aadmi Party in Delhi with a new agenda, he would have been more successful. A consensus in favour of Sreedharan is desirable, but not easily achievable in the present circumstances.

Although Sreedharan may not have desired it, the new development may pave the way for him to be considered as the next president of India. He may find it “retirement in luxury”, as he characterised governorship, but the example of APJ Abdul Kalam has shown that a president can make a difference to the nation. Though he had no real power, he captured the hearts and minds of the people of India, young and old, and gave them a dream to aspire to. Perhaps he knew India would not be a superpower in 2020, but the objective gave India a benchmark. Like him, the Metro Man may well become a Miracle Man in the future.